The return to activity on Wall Street and some favorable macro data encourage the rises in the markets. 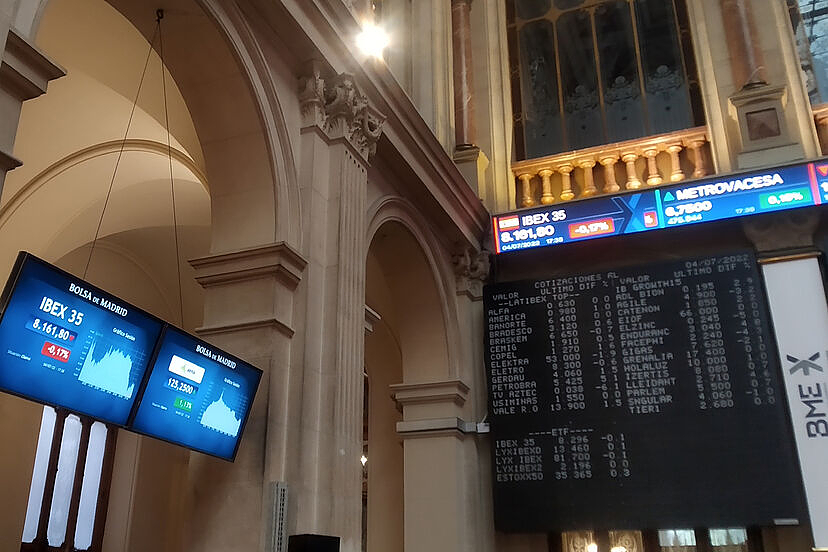 The return to activity on Wall Street and some favorable macro data encourage the rises in the markets. The Ibex seeks to recover 8,200 points, with oil holding back after yesterday's advances.

The markets recover normality and full activity with the return of Wall Street. Yesterday's holiday in the United States gives way to a session marked in part by the advance data from the PMI. The first references, those from Asia, have surprised favorably. China's services indicator has grown at the fastest rate in a year, once Covid restrictions were lifted, and Japan's has registered its biggest increase in eight years with the resurgence of tourism.

In Europe, the composite PMI, which integrates service and manufacturing activity, is expected to confirm the 51.9 points of the first estimate, lower than the estimate, and already close to the 50-point barrier that separates the contraction of growth. A figure even lower than 51.9 points would aggravate the fear of a recession, one of the great threats that hovers over the markets.

The growing concern about the magnitude of the economic downturn has deflated interest on the debt in recent times. Despite inflation, recession warnings raise the possibility of a future halt in the escalation of rate hikes by central banks. Analysts activate the debate on whether the yields of the debt have been able to peak. At the moment, the interest on the ten-year US bond is entrenched below the 3% barrier, far from its recent highs of 3.49%. In Europe, the yield of the German bund cooled to around 1.3%, and that of the Spanish bond to 1.40%.

Asian stock benchmarks are mixed, with China falling and Japan rising, while Wall Street is back in business with a favorable futures sign. Moderate gains in the Dow Jones, the S

Europe is encouraged by the bullish sign of the US, and the Spanish stock market tries to recover what was lost in yesterday's session. The Ibex seeks to reach 8,200 points to shore up the bullish balance at the start of the new semester.

The rest of the European stock markets are making an effort to opt for increases, advances that could bring the French Cac index closer to the 6,000-point barrier, and the German Dax to the threshold of 13,000 points.

The companies most closely linked to raw materials started the week with a boost from the price of oil. The strike in the Norwegian oil sector accentuates the tensions on the supply, and neutralizes the fear on the demand derived from a possible recession. Today's session moderates this advance, and the barrel of Brent stops at 113 dollars, while in the US the West Texas-type barrel is trading at 110 dollars.

Raw materials, precisely the energy shortage, is behind the latest falls in the euro price, weighed down by the additional impact on growth that the lack of energy supply in Europe could have. The community currency struggles at times to maintain the threshold of 1.04 dollars, closer to its annual lows, while the British pound is trading close to 1.21 dollars.

The firmness of the dollar keeps the price of gold stuck near the barrier of 1,800 dollars per ounce. The increases are reactivated in the cryptocurrency market, and allow bitcoin to recover the level of 20,000 dollars.