The truce in the collapse of the euro and the bullish tone of Wall Street after the minutes of the Fed animate the markets. 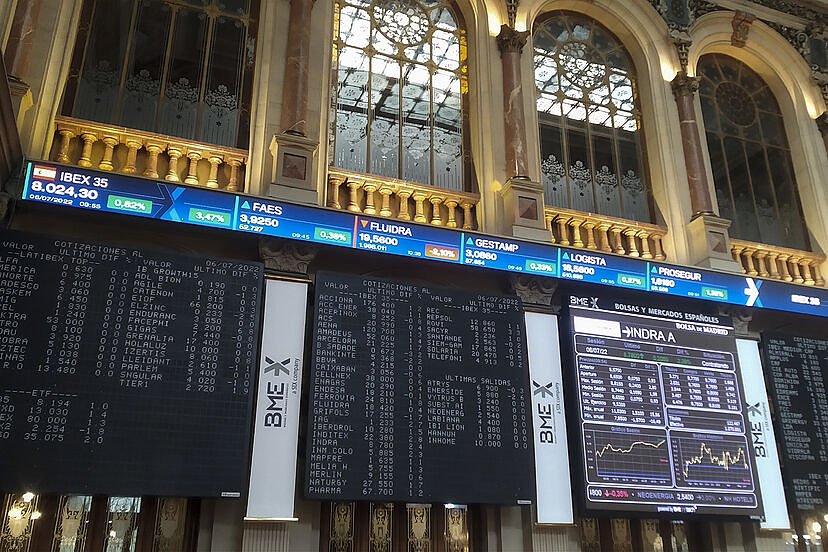 The truce in the collapse of the euro and the bullish tone of Wall Street after the minutes of the Fed animate the markets. The Ibex, after chaining three falls, points to the rise in a new attempt to recover 8,000 points

The pessimism of investors in recent days has resulted in a general setback. The disbandment has reached equities, oil and the euro, and only debt has received a resurgence of purchases, with the consequent collapse in bond interest. Recession alerts are on the rise. If in previous weeks the maelstrom of rate hikes had aggravated fears of a slowdown in the economy, in recent days the alerts about a possible energy deficit in Europe have increased the risk of recession.

Traders have become especially sensitive to the energy issue. Any news about Russian gas shipments to Germany or even about gas price forecasts by firms could cause severe turmoil in the financial markets, as has happened during the previous two sessions, in the stock market and in the foreign exchange market. The euro has been the great casualty. The fear that the lack of energy supply will force rationing deepens the prospects of the downturn that the European economy could face. The community currency fell yesterday to a 20-year low of $1,016, just one step away from parity. Once the revalidation of the Fed's minutes has been passed, the community currency slows its falls and recovers at times the threshold of 1.02 dollars. The most relevant macro data of the week will be the official US employment report that will be released tomorrow. Until then, the mini-truce also reaches the British pound, reinforced above 1.19 dollars in the midst of another crisis in the Government of Boris Johnson.

The euro has succumbed this week to the risk of a gas deficit in Europe, but the commodity market has reacted in these same days with a collapse in the price of an alternative to gas such as oil. Medium-term recession fears have prevailed over short-term supply shortages. The barrel of Brent tries to stop its corrective today, deflated on the edge of the 100 dollar barrier. Below the triple digits is the West Texas-type barrel, a reference in the United States. Despite containing its falls today, it is trading at 98 dollars.

To the relief of most investors, the blow to oil prices has been accompanied by a resounding drop in interest on debt, reflecting lower inflationary pressures, but also a greater risk of recession and an even more defensive by the market. The required yield on the ten-year US bond consolidates below the 3% level after the Fed minutes, far from its recent high of 3.49%. In Europe, the fear of a recession has deflated the interest of the German bund to around 1.20%, and the ten-year Spanish bond to the verge of 1.30%.

The firmness of Wall Street after the minutes of the Fed and the increases in Asia favor advances in Europe. The Spanish stock market takes advantage of the situation to join the comeback. The Ibex, after chaining three consecutive falls, activates the rebound and recovers the barrier of 8,000 points.

The rest of the European stock markets, much firmer yesterday than the Ibex, respond with increases to the mini-truce that the markets hold today. The French Cac is closer to reconquering 6,000 points, and the pan-European Stoxx 600 index manages to extend its cushion above the 400-point barrier.

The brake on the dollar's rise opens the door to a timid rebound in gold, penalized in recent days despite its status as a haven asset. The precious metal is nearing $1,750 an ounce today. In the cryptocurrency market, the changes are again low, with bitcoin once again anchored at the $20,000 level.