The Ibex loses 8,200 points weighed down by steel and energy companies

The European stock markets have returned to the cuts, although they moderated the falls of the first part of the session with the upward turn of Wall Street and the appearance of the president of the Fed. 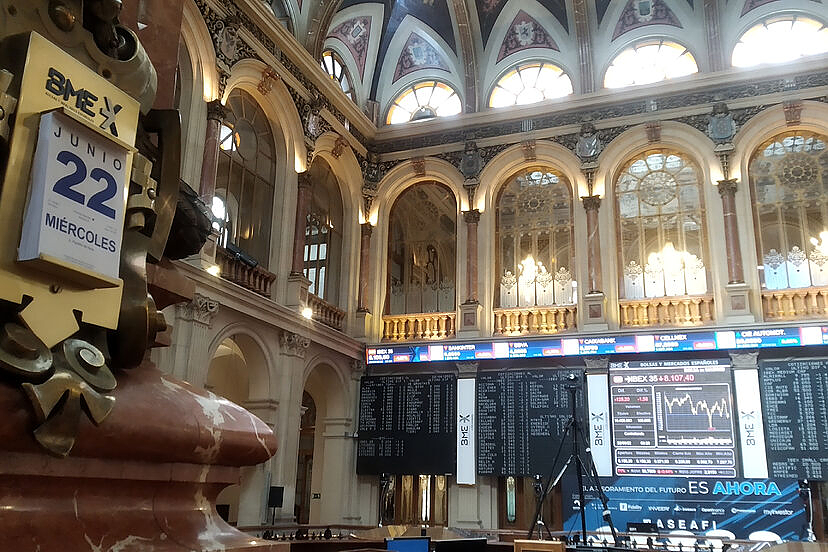 The European stock markets have returned to the cuts, although they moderated the falls of the first part of the session with the upward turn of Wall Street and the appearance of the president of the Fed. The Ibex has lost 1.10% and will start tomorrow from 8,145.40 points, with steel companies, Repsol and, once again, the 'utilities' acting as ballast.

The European stock markets have returned to falls, unlike Wall Street, which after a downward opening has managed to turn to positive territory. Analysts had warned that the macro references had not changed compared to the setback at the end of last week, and that "the rebounds are unreliable" still, waiting for a future turning point. The focus of investors in today's session was on the US Federal Reserve, on the occasion of the appearance of its president, Jerome Powell, before the US Senate.

The recent rate hike of 75 basis points as a result of the US inflation figure aggravated the uncertainty about the aggressiveness in the pace of adjustment of its monetary policy. The road map now considered by analysts goes through another 75 basis point rally in July, followed by a 50 point increase in September. The doubts lie in whether this concatenation of such aggressive rises can cool inflation without causing a severe economic downturn in the form of a recession. If pessimism prevailed in this sense last week, since the beginning of this week investors had reflected a less negative view, hoping that such a sharp adjustment will allow a greater truce in medium-term rate hikes, before that the economic downturn deepens. At the moment, today's session leaves a new ceiling in inflation, 9.1% in the United Kingdom, a maximum of 40 years and a level that fully opens the door to new rate hikes.

Today Powell before the Senate has assured that the Fed is "strongly committed" in the fight against inflation, but that he sees the economy as strong and that the rate increases will be appropriate. Wall Street opened with falls of more than 1% in its main indices and just an hour later, with Powell's intervention, it turned positive.

This shift in the New York Stock Exchange translated into a moderation of the cuts in Europe. The Spanish stock market, which has fallen by 2%, has closed with a decline of 1.10%, at 8,145.40 points.

The puncture registered in the oil market has accelerated the correction among the values ​​most linked to raw materials, such as oil and steel companies. Repsol has lost 4.27% and is far from 14 euros per share. The falls have gained strength in Acerinox (-3.31%) and, especially, in ArcelorMittal, which has collapsed 9.75% victim of the bearish gale that is hitting European steel companies today.

The 'utilities', responsible for yesterday's falls against the Ibex, have deepened the declines caused by the possibility of a new tax on the sector. Endesa has lost 2.24%; Iberdrola, 2.90%; Red Eléctrica, 3.11% and Enagás, 2.44%.

The forcefulness of the falls in the Ibex has contrasted with the greater firmness of a stock with a defensive profile such as Telefónica, which has added 2.03%. Also the two big banks, which yesterday were left off the hook of the progress of the rest of the sector, have added points to the Ibex. BBVA has gained 1.50% and Santander, 0.27%.

The rest of the European Stock Exchanges have erased what they gained in Tuesday's session, but far from the day's lows, when they dropped 2%. The German Dax has depreciated by 1.11%; the French Cac, 0.81%; the Italian Mib, 1.36% and the British Ftse, 0.88%.

Oil and mining companies stood out among the biggest falls of the day in today's session in Europe, with stocks such as BP, Eni, Rio Tinto, BHP and Glencore falling across the board. The stock market blow in today's session has been even more forceful in steel companies such as Salzgitter and Voestalpine, which have plummeted 11% and 13%, respectively. The falls have risen to 21% in the Italian Saipem, controlled by Eni, announcing a capital increase of 2,000 million euros.

After the intervention of the president of the Fed, the dollar has depreciated. The euro is close to 1.06 dollars, while the pound is close to 1.23 dollars.

Oil accelerates its falls due to the initiative of the White House to lower the cost of gasoline, one of the main triggers of the historical levels of inflation in the country. The barrel of Brent deflates to 111 dollars and in the US, the West Texas-type barrel falls to 106 dollars.

This drop in oil prices helps contain inflationary pressures and, incidentally, increases in interest on the debt, which are plummeting today. The return on the US ten-year bond cools its climb to 3.15%, while in Europe the interest on the German bund falls to 1.64%, and that on the Spanish ten-year bond relaxes to 2.70%.

Gold remains at $1,840 an ounce, while in the cryptocurrency market, bitcoin makes good forecasts that predicted a new phase of consolidation around $20,000.