Sales have returned to European markets. 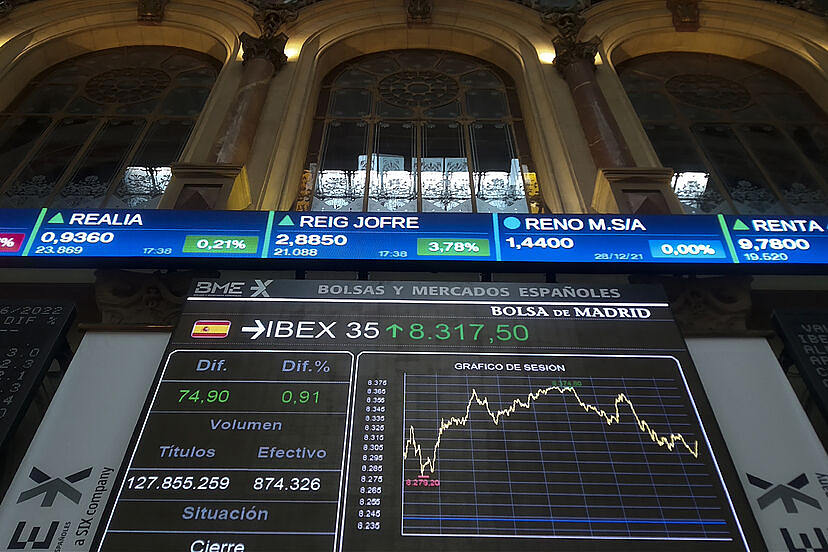 Sales have returned to European markets. The fall in the consumer confidence index in the United States deflated 2% to S

Day of falls in the main European markets, which already started with the ballast of the new puncture suffered yesterday on Wall Street. The S-Index

The day's macro agenda included news precisely on the two variables that most intimidate investors: inflation and growth. Spain has provided a new negative surprise today with the advance of the CPI for June. The rise in prices has shot up to 10.2%, a new maximum that exceeds analyst forecasts by more than one point. The data confirms that inflationary tensions had not yet reached a ceiling and opens the ban on a 50 basis point ECB rate hike in July. In the United States, the definitive GDP figure for the first quarter of the year has exceeded forecasts, with a contraction of 1.6% (compared to a fall of 1.5% in the previous estimate). The combination of a growth slump and record inflation figures keep the markets under pressure.

The first stock references of the day, those from Asia, already acquired a clear bearish sign. In Japan, the Nikkei lost 0.95%, in line with the declines recorded by the Chinese CSI 300 index, which has erased yesterday's increases caused by the greater relaxation in the Asian giant's anti-Covid policies. Wall Street, after yesterday's puncture of 2% in the S

Europe has closed lower and the Spanish stock market has more than erased what it gained in yesterday's session, when it revalued 0.91%. The Ibex has dropped 1.56% today to close at 8,188 points, and extends to 6% the negative balance that it accumulates in a semester that will end tomorrow. The CPI figure for Spain, well above expectations, has increased pressure on the ECB and greatly complicates the achievement of positive real returns, once the effects of inflation are discounted.

To the internal and external pressures, the Ibex adds the effect of the collapse suffered by Grifols. The plasma derivatives company has deflated 12.33% on the stock market with analysts attentive to the recapitalization measures that the group is considering on the eve of its Investor Day.

Domestic banking, on the other hand, closed with gains, led by Bankinter (1.66%), to which heavyweights such as Telefónica (0.56%) and Inditex (0.23%) have been added, which has took advantage of the good tone that the results published today by his Swedish rival H

The rest of the European stock markets are also succumbing to downward pressure, with investors once again gripped by the impact of inflation and the slowdown on consumers.

At the gates of the beginning of a new season of presentation of company results, the accounts published today by H

Companies with higher exposure to oil prices receive new bullish references. The barrel of Brent rises to 116 dollars on the eve of the OPEC meeting. In the United States, the West Texas type barrel is exchanged for 113 dollars.

The interests of the debt are retracted. The brake is more appreciable in the yields of peripheral debt, one day after the European Central Bank announced the start of purchases to avoid fragmentation as of July 1. The interest of the ten-year Spanish bond cools to 2.6%, compared to just over 1.6% of the German bund. In the US, the return on its ten-year debt falls to 3.1%.

The greater caution shown by the markets favors the price of the dollar. The euro loses the level of 1.05 dollars and the pound that of 1.22 dollars.

The strength of the dollar hampers the advances of gold again. The precious metal is stagnant around $1,820 an ounce. The rises in the dollar also complicate the evolution of bitcoin. The largest of the cryptocurrencies falls until it puts the $20,000 barrier at risk again.