The Ibex keeps the alerts active, and the falls

Alerts triggered on Friday persist into the start of the week. 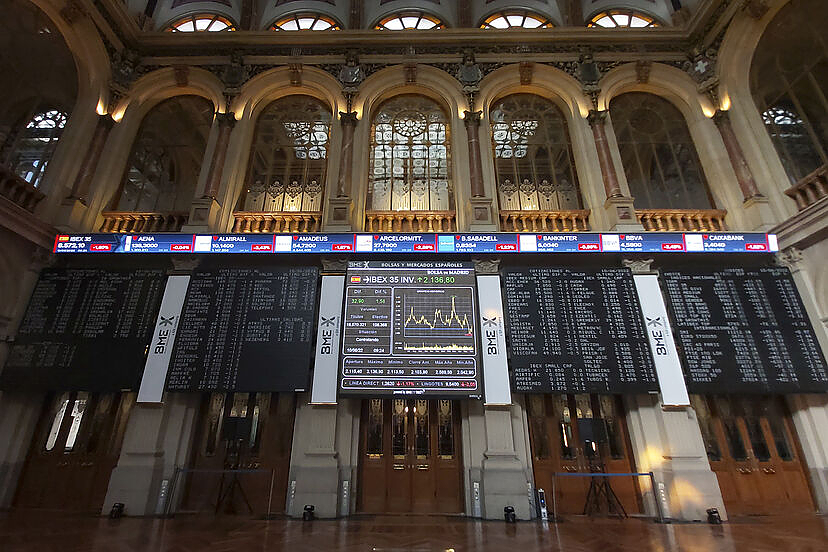 Alerts triggered on Friday persist into the start of the week. Two days before the Fed, interest on the debt continues to skyrocket, further clouding growth prospects. The euro deflates, and the Ibex extends the setback suffered last Friday.

The aftermath of the meeting of the European Central Bank, the outbreak of Covid in China and an inflation figure in the United States that was even higher than expected triggered a bearish wave last Friday. The alerts persist at the beginning of the week, aggravated if possible by an outbreak of Covid in the most populated neighborhood in Beijing.

Additional brakes on the prospects for economic growth occur in parallel with record levels of inflation that force central banks to be especially aggressive in their monetary policies. This scenario does not exactly invite us to think that the United States Federal Reserve will opt for a truce in the short or medium term in its rate hikes. The Fed meeting begins tomorrow, and the outcome will be known on Wednesday. Everything points to a new rise of 50 basis points, as is also forecast for July.

Hopes of a pause at the September meeting are fading, and the bond market is pricing in a more aggressive pace of rate hikes. The result of the Fed in two days is new sales of ten-year US debt, with the consequent rise in interest to close to 3.20%, one step away from its maximum since 2018. In Europe, interest on debt, on all in the periphery, they continue to be fired since last Thursday's meeting of the European Central Bank. The required return to the German bund rises to 2.50%, while that of the ten-year Spanish bond is already close to 2.80%. The deterioration in the risk premium thus widens to the brink of 130 basis points.

The rise in financing costs in a period of slowdown reinforces the warnings about a slowdown in the economy. The newspaper 'Financial Times' publishes a survey among economists that anticipates a recession in the US next year. The war in Ukraine and the situation in China, with new restrictions in Beijing and Shanghai due to Covid, represent an additional brake on growth prospects. The day in Asia has provided a severe punishment for equities. The Tokyo Nikkei has deflated 2.91% today.

Europe repeats falls, and the Spanish stock market suffers another corrective. The blow of 3.68% last Friday, the biggest in three months, has not exhausted the downward pressure. The Ibex points to the downside again, and puts the level of 8,300 points at risk.

The rest of the European stock markets accuse the bearish references coming from Asia and Wall Street. The outlook for deterioration deteriorates as inflation and interest on debt continue to show no ceiling.