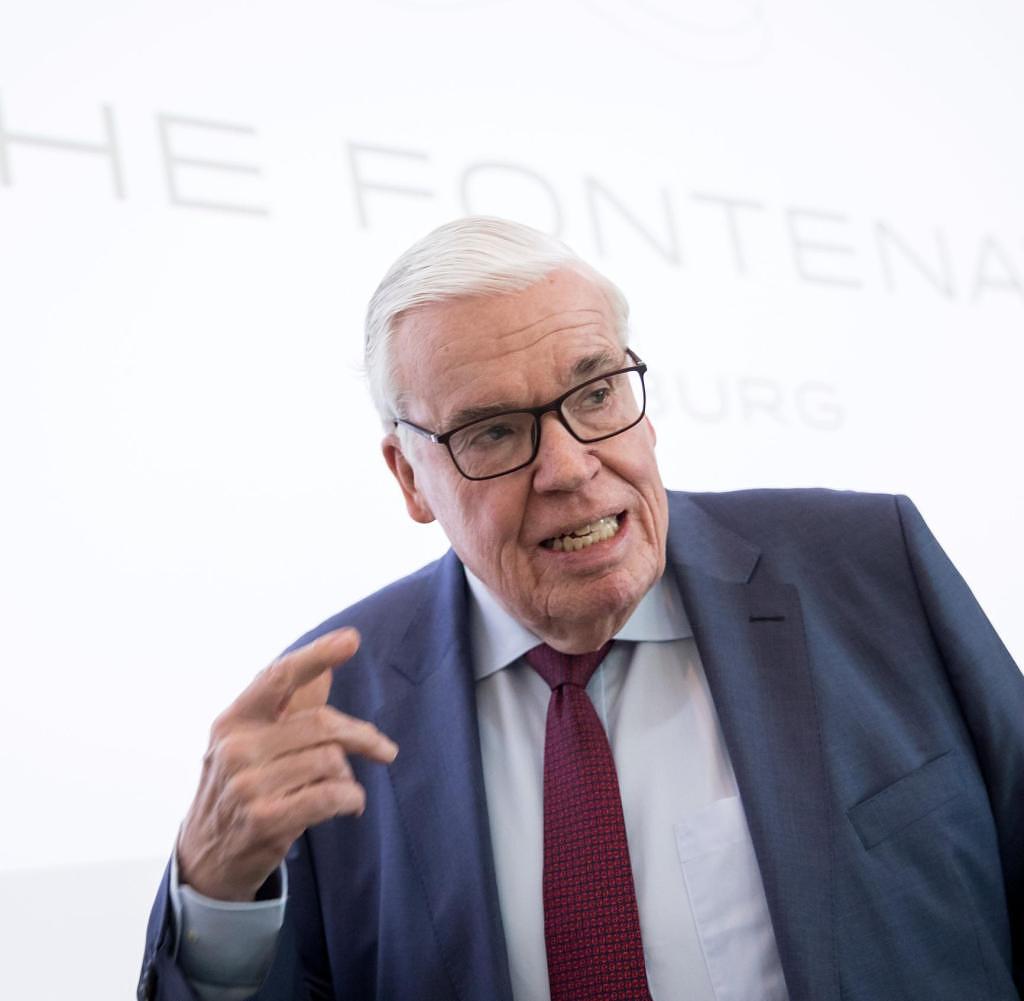 Investor Klaus-Michael Kühne is still willing to expand his financial commitment to the second division soccer team Hamburger SV. "I'm open and willing to talk," said the 85-year-old billionaire of the "Hamburger Morgenpost". Kühne sees it as a positive that his confidante Hans-Walter Peters, contrary to the plans of chairman Marcell Jansen, should continue to be a member of the supervisory board. "Many things seem to be cleared up in the HSV committees. I am full of hope that a positive development is in the offing.”

Kühne Holding AG, as the second-largest shareholder of HSV Fußball AG, had already offered the club an investment of a further 120 million euros in the summer - albeit under several conditions. Among other things, the club is to increase Kühne's stake in HSV from the current 15.21 to 39.9 percent and HSV e.V. reduce its stake as the majority shareholder from 75.1 to 50.1 percent. The e.V. and supervisory board boss Jansen has so far rejected this because of the statutes (the maximum for foreign investors is 24.9 percent).

A change in the statutes would only be possible with a three-quarters majority in the membership, which in the past has mostly spoken out against it. However, Kühne remains confident and wishes for a rosy HSV future. "Of course, stability in the management bodies, a corporate structure for professional football that can create a broad capital base, and first and foremost sporting success, which can only mean promotion to the Bundesliga at the end of the 2022/23 season," he explained Investor.

The former football official Udo Bandow has meanwhile asked the HSV supervisory board chairman Jansen to resign. "He was wrongly cast in the position from the start," said the 90-year-old former chairman of the supervisory board of Hamburger SV of the "Bild" newspaper.

The former chairman of the Hanseatic Stock Exchange emphasized that “a supervisory board chairman must march forward, be a strong personality who is predictable, makes clear statements and thus sends a clear signal. I can't see anything about that at the moment." Bandow led the HSV control committee from 1996 to 2007.

After investor Kühne and the small shareholders of HSV Jansen had withdrawn their confidence a few weeks ago, Bandow said: "It's absurd that he's going on. Jansen is clinging to an office that has no value when you are distrusted.”

Ex-national player Jansen has been chairman of the supervisory board of HSV since March 2020 with a short break and president of HSV e.V. since January 2019, also with a break.

‹ ›
Keywords:
Hamburger SVFußballZweite LigaKühneKlausMichaelLauterbachJörn
Your comment has been forwarded to the administrator for approval.×
Warning! Will constitute a criminal offense, illegal, threatening, offensive, insulting and swearing, derogatory, defamatory, vulgar, pornographic, indecent, personality rights, damaging or similar nature in the nature of all kinds of financial content, legal, criminal and administrative responsibility for the content of the sender member / members are belong.
Related News