The HSV and the day of relief 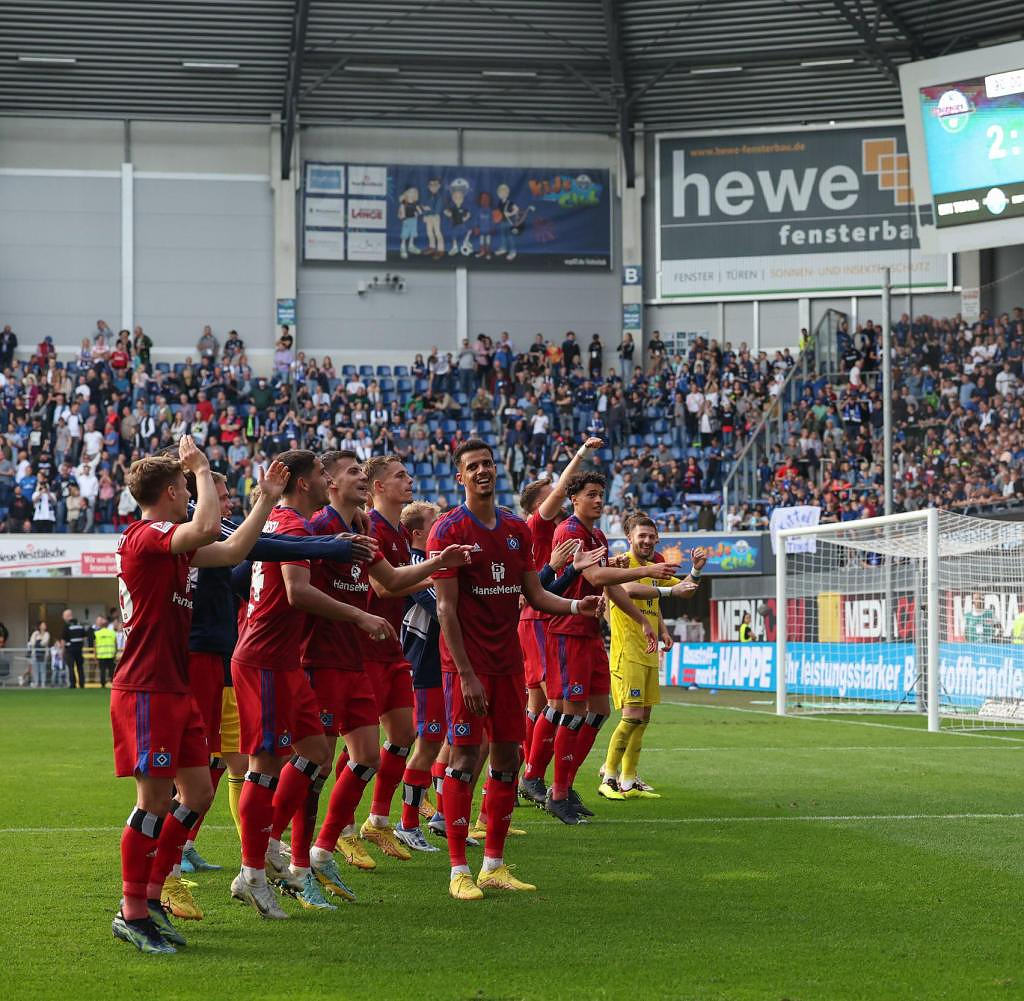 Relief runs through Hamburger SV. The spook of the winning streak of four competitive games is over. The second division soccer team is back where it sees itself at the end of the season: on a promotion spot. The 3:2 in an attractive and entertaining top game at SC Paderborn was an emotional liberation for players, coaches and fans. "Perhaps you can see that as a trend reversal," said midfielder Jonas Meffert. "It was a very important win."

The Hamburgers are one point behind leaders Darmstadt 98 and have a lead of two points over pursuers Paderborn. Everything is green again. The task of getting a point cushion for the unusually long half-time break in the last three games of the year is much easier to tackle without the nervous ballast of the past few weeks. What also strengthens the self-confidence: The victory was not achieved against just anyone, but against the runners-up up to that point, the best home team with the greediest attack in the league (34 goals).

The "wild but great game", as coach Tim Walter described the encounter, was put his stamp on by a HSV professional: Jean-Luc Dompé. The Frenchman, who was brought in ten weeks earlier from Belgian first division side Zulte Waregem for around 1.1 million euros, is a clear revitalization of Hamburg's attacking game. His wealth of tricks, his move to goal, his strong 1-1 behavior made the HSV victory possible in Paderborn. The 27-year-old, 1.70-metre-tall whirlwind scored one goal himself in Arjen Robben style, and he set up the other two through Robert Glatzel and Laszlo Benes. “We did well today. For me personally, things went quite well,” said Dompé.

His teammates love him. Benes had whispered to Dompé in the second half that he should serve him in the middle. Dompé did it promptly, Benes shot the ball into the goal to win. "It worked perfectly," enthused the Slovakian. For Meffert, the little dompé is a big one. "He's a super guy. He does everything for the team, he's not selfish," the defensive midfielder praised the man in front of him on NDR television. "That makes him all the more deserving of it."

Coach Walter could actually say that as well. But as an educator and part-time psychologist, he always sees the other side. "He can do more in the other direction," said the coach and demands better defensive behavior from his dribbling artist. Although Dompé has "qualities in 1:1", he still has to work backwards. "The team always comes first," emphasized the coach. "The individual doesn't count at all. Only the team counts and that is the most important thing.”

Typical Walter. He avoids emphasizing individuals in moments of exuberant happiness, remains matter-of-fact and reserved, although an explosion of joy takes place inside him. He only sees the guarantor of success in a functioning structure on the pitch, in a unity of "energy and will". "It speaks for my team that they defended as a team today," was his group praise. And in front she had dompé.

The city rival could also use one of these. Luckily for FC St. Pauli in the 2nd Bundesliga, something crucial is currently missing. "The fight is there, the heart is there, the creativity is there," said co-captain Jackson Irvine after the 1-1 draw against Darmstadt 98 on Saturday evening. But what is not there are points. The Hamburg team also played well against the promotion candidates from Hesse, who have been unbeaten for 13 games, but they didn't get more than a draw: a common thread that runs through FC St. Pauli's season so far. "It hurts! Every week we sit and wonder why we didn't win the game," Irvine said.

And so the tabular balance before the last three games of the first half of the season and the long World Cup and winter break is sobering: With 15 points from 14 games, coach Timo Schultz's team is closer to the danger zone than to the upper regions. The discrepancy between performance and place in the table is just as annoying as it is worrying. “We know ourselves that football is a results sport and that points are also part of it. We have to get them as soon as possible,” said Schultz.

They have often proven that Hamburg can keep up with the top clubs: Against the top four in the table SC Paderborn (2: 2), 1. FC Heidenheim (0: 0), Hamburger SV (3: 0) and now Darmstadt 98 there were three draws and the grandiose victory in the city duel. FC St. Pauli is still undefeated at the Millerntor. But away from home he has the record of being relegated with two draws.

HSV continues on Sunday, November 6 at 1.30 p.m. in the Volkspark against Jahn Regensburg. FC St. Pauli will play Fortuna Düsseldorf at 1 p.m. the day before.

‹ ›
Keywords:
Hamburger SVFC St. PauliZweite LigaHamburgLauterbachJörnHSVJonas MeffertSC Paderborn 07DarmstadtVolksparkJahn RegensburgFortuna DüsseldorfMillerntorExplosionFußballBundesligaFussball
Your comment has been forwarded to the administrator for approval.×
Warning! Will constitute a criminal offense, illegal, threatening, offensive, insulting and swearing, derogatory, defamatory, vulgar, pornographic, indecent, personality rights, damaging or similar nature in the nature of all kinds of financial content, legal, criminal and administrative responsibility for the content of the sender member / members are belong.
Related News