Post a Comment Print Share on Facebook
Famagusta
DOLLAR 18,65
EURO 19,72
GOLD 1.074,64
BIST 4.941,58
Four reasons why we need this robber
What these introductory sentences really mean
Federal states agree on rules for more control at ARD and ZDF
"When the unspeakable comes to light, it's political"
That devil is damn lucky
"The sentence 'I am as I am' is a license to ignorance...
The story of a double alienation
"There is more than one gender and fewer than two"
Maximum far away from Hollywood
Meta threatens to remove all messages from Facebook

The historical blowing up of the dam on the Dnipro

Dams are among the most powerful products of human creativity - and they are more dangerous than any other infrastructure apart from nuclear plants when they are destroyed. 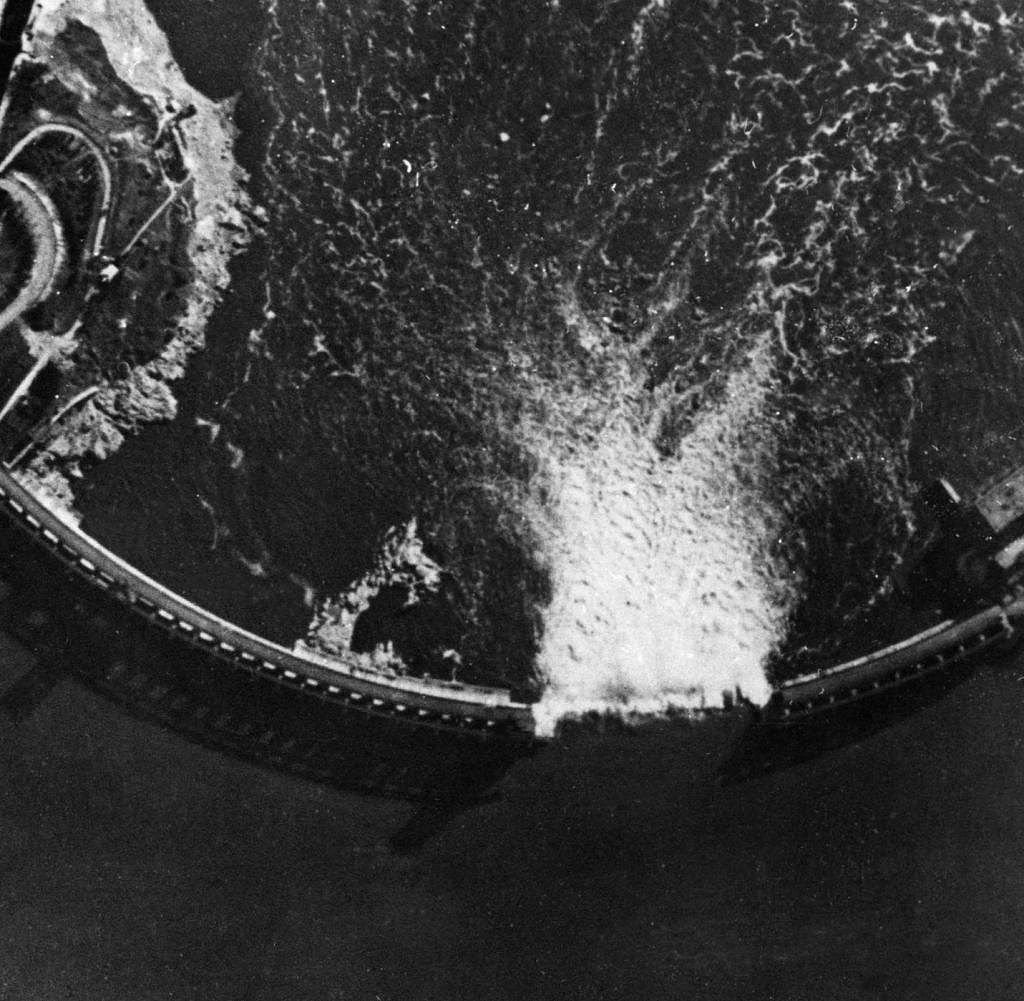 Dams are among the most powerful products of human creativity - and they are more dangerous than any other infrastructure apart from nuclear plants when they are destroyed. That's why military experts are concerned that withdrawing Russian troops could blow up the Kakhovka dam on the Dnipro near Cherson in southern Ukraine; it has already been damaged, with both sides blaming each other.

There is a model for such a blast, even though the Kachowka hydroelectric power station was only built between 1950 and 1955. Upstream, the dam near the city of Zaporizhia has been damming the Dnipro since 1932 - and this facility was destroyed twice in World War II, with possibly devastating consequences. With 0.85 billion cubic meters of water, the Zaporizhia reservoir holds less than five percent of the volume that is tamed by the Kakhovka dam.

The dam at Zaporizhia was one of the really big industrialization projects in the early days of the Soviet Union. The basic idea of ​​damming the Dnipro here went back to 1893 and to concrete plans from 1910. But it was not until 1921 that preparations began. The project combined three goals: The Dnipro should become navigable, reliably provide water for intensive agriculture and also produce electricity - as the most powerful power plant in Europe.

With massive technical support from the USA, the dam with a total of nine generators was completed by 1932. Among other things, the energy was used to operate aluminum and steel works, i.e. key sectors for the industrialization of the USSR, which Stalin was striving for and enforced without regard to losses.

The strategic importance of such a building was obvious. That is why the NKVD secret service, which in midsummer 1941 was the only reasonably functioning institution of the Stalinist regime, prepared the destruction. When the German XIV Panzer Corps approached the Dnipro in mid-August (however, about 70 kilometers north of the Zaporizhia power plant near the city of Dnipropetrovsk, today Dnipro), that was the signal for the local NKVD commanders.

Because they didn't want to take the risk of giving the order too late; then the dam could have fallen unharmed into the hands of the German troops. So on August 18, 1941 at around 8:15 p.m. local time, an estimated 20 tons of explosives were detonated in the dam wall. They tore a 175 meter long and up to 21 meter high hole in the dam, through which a nearly six meter high wave tumbled down the Dnipro.

Downstream parts of the urban area were submerged and destroyed. A shipyard, ship repair shops and warehouses literally went under. People who lived or worked there were presumably swept away by the water masses.

Because the NKVD had not given any kind of warning – neither to the civilian population of Zaporizhia nor to the local commanders of the Red Army. So it happened that regular Soviet soldiers arrested some members of the demolition squad as alleged saboteurs. They were only released after the intervention of their superiors at the secret service.

The explosion also destroyed the engine room with its nine massive generators and cut off the power supply. All industrial plants in Zaporizhia collapsed suddenly and were partially irreparably damaged.

The number of victims is completely unclear; Estimates vary between a few hundred and 80,000 to 120,000 dead. There were no studies on this, and in view of the devastation in the Ukraine beforehand, caused by the Holodomor and Stalin's Great Terror, and the subsequent occupation by the Wehrmacht until autumn 1943, no reliable value can be obtained even by comparing population figures.

The fact that the Soviet 274th Rifle Division was able to hold its position on the long, low Dnipro island of Khortytsia, according to its own documents, speaks against a particularly high number of casualties. On the other hand, Soviet troops are said to have crossed the Dnipro on the wall at the moment of the blast. One thing is certain: German troops were not affected by the detonation of the dam wall because they were not even near the flooded areas.

It was not until October 4th that German troops occupied the severely damaged dam. Military and civilian engineers soon began repairing the blown wall and repaired part of the generators. At the end of 1942, water was backed up behind the dam and even electricity was produced again, but significantly less than before August 18, 1941.

When the Wehrmacht had to withdraw from the Dnipro in the first half of October 1943, their engineers blew up the remains of the engine house very thoroughly; moreover, the dam wall was destroyed again, this time primarily with artillery; a second tidal wave was the result. Rebuilding began in 1944, and General Electric supplied the new generators. In 1950, already in the middle of the Cold War between Stalin's USSR and the free West, the power plant started producing electricity again.

‹ ›
Keywords:
StaudammbauRusslandUkraineKrieg (24.2.2022)UkraineKonfliktUkraineDniproKachowkaChersonSüdukraineEuropaDnipropetrowskFacebookKraftwerk SaporischschjaRote ArmeeGeneral ElectricNKWDExplosionGeschichte
Your comment has been forwarded to the administrator for approval.×
Warning! Will constitute a criminal offense, illegal, threatening, offensive, insulting and swearing, derogatory, defamatory, vulgar, pornographic, indecent, personality rights, damaging or similar nature in the nature of all kinds of financial content, legal, criminal and administrative responsibility for the content of the sender member / members are belong.
Related News