Pedro Fernandez, the delegate of Spain to Andalusia, announced yesterday that the Ministry of Transport, Mobility and Urban Agenda had awarded the contract for the drafting of an informative study of the Almanzora rail corridor to the UTE composed of TPF Getinsa Euroestudios and Subterra Engineering. 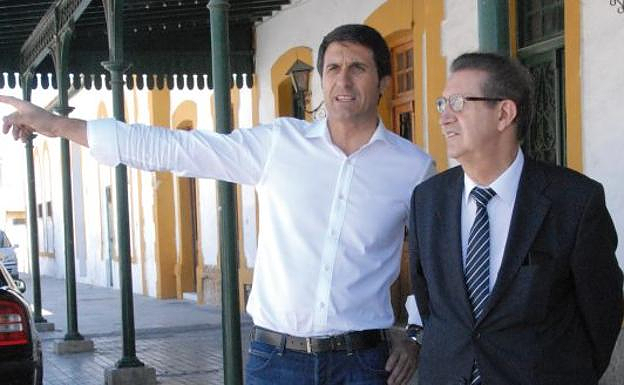 Pedro Fernandez, the delegate of Spain to Andalusia, announced yesterday that the Ministry of Transport, Mobility and Urban Agenda had awarded the contract for the drafting of an informative study of the Almanzora rail corridor to the UTE composed of TPF Getinsa Euroestudios and Subterra Engineering. The budget for the award is 979,194.48 euro (VAT exempt) and the execution time is 24 months. Pedro Fernandez said that the tender was completed in four months and the offers were reviewed. The award period is 24 months. This reflects the Government of Spain's interest in expediting the administrative processes and taking the necessary steps to select the best alternative for the railway link between Lorca, Guadix>>. The line would be open to mixed traffic, and would include intermediate stops that are still being determined. It would form a new link between Andalusia, Levante, and Andalusia.

This will allow for the identification and analysis of viable routes that meet all objectives. The analysis will result in the justifiable choice of the best alternative under technical, operational, environmental, urban, and operational considerations.

This contract covers the work necessary to complete the procedures for public information, consultation with the affected Public Administrations, and interested persons, as established by Law 38/2015, Railway Sector, and Law 21/2013, Environmental Evaluation, respectively, up until the approval of this public information file, and the final approval of the informative report.

Friends of the Baza Region Railway Association, Guadix Region Platform for the Train and other guerrillas supporting this project considered it a crucial step that must be completed with the return of the train. They stated that it has been proven that the reopening of said train is feasible; it is even financially profitable. This is essential for both the structure of the peninsular southeast as well as to provide life to these poor regions.

In addition, the current situation, with the regulations of the European Union to remove vehicles from the roads and the development of the works of the Mediterranean Railway Corridor in its Murcia-Almeria-Granada section, makes it essential to carry out this railway branch unjustly closed more than three decades.

They informed the entities that they will contact the winning companies right away to work together in all things.

They will also send you reports and studies from the FERRMED consortium, University of Granada, and other institutions. They also make the available to the local railway technicians, who have a better understanding of the area "at the feet of the track", in order for them to collaborate in the completion of the best work.

‹ ›
Keywords:
GobiernoAdjudicaEstudioInformativoCorredorFerroviarioGuadixbazalorca
Your comment has been forwarded to the administrator for approval.×
Warning! Will constitute a criminal offense, illegal, threatening, offensive, insulting and swearing, derogatory, defamatory, vulgar, pornographic, indecent, personality rights, damaging or similar nature in the nature of all kinds of financial content, legal, criminal and administrative responsibility for the content of the sender member / members are belong.
Related News