The Graum Festival will be held in Fermasa in May. It is a festival that aims to attract lovers of urban trends. 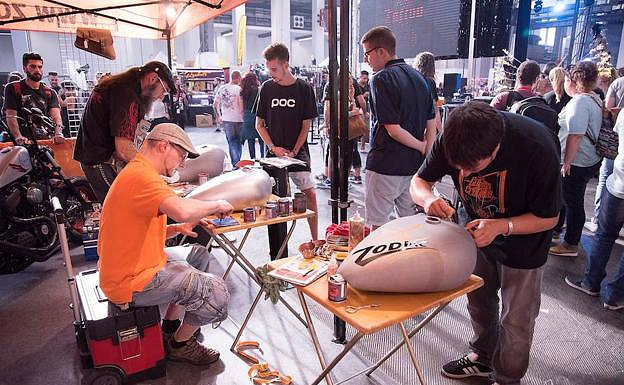 The Graum Festival will be held at the Armilla Trade Fair on May 17, 18, and 19. It is an international convention that focuses on extreme sports, custom cars, and the latest artistic and urban trends. The festival is the third edition, designed for fans of BMX, tattoos, graffiti, skate, and 'break dancing'. The festival's last edition attracted more than 8,000 people to the armory venue, drawn by the festival’s program and the rich cultural offerings of Granada, the Metropolitan Area.

Three tattoo contests will take place on Friday and Saturday during the festival. There are two categories that have been defined and one category that is free. On Sunday, a new contest will be held with the top finishers of the previous days. All tattoos must be completed during the convention. Each contest will award first, second, and third prizes to the tattoo artist as well as the person who tattooed them. The first prize winners will be selected to take part in the 22nd Barcelona International Tattoo Convention.

A space will be dedicated to "art on wheels" as part of the convention's activities. One of the pavilions will be filled with modified motorcycles from different brands, as well as a display of custom cars. This exhibition will also feature live work of various airbrush and brush artists.

The jazz and hip-hop group Tao Medina will perform on Friday, while Costa will present his album Maldito on Saturday night. On Sunday, the rockabilly band 'The Radions, will entertain the crowd at noon.

‹ ›
Keywords:
FermasaAcogeraMayoGraumFestivalDestinadoAmantesTendenciasUrbanas
Your comment has been forwarded to the administrator for approval.×
Warning! Will constitute a criminal offense, illegal, threatening, offensive, insulting and swearing, derogatory, defamatory, vulgar, pornographic, indecent, personality rights, damaging or similar nature in the nature of all kinds of financial content, legal, criminal and administrative responsibility for the content of the sender member / members are belong.
Related News