The Granada hotelier who elevates the hamburger to perfection 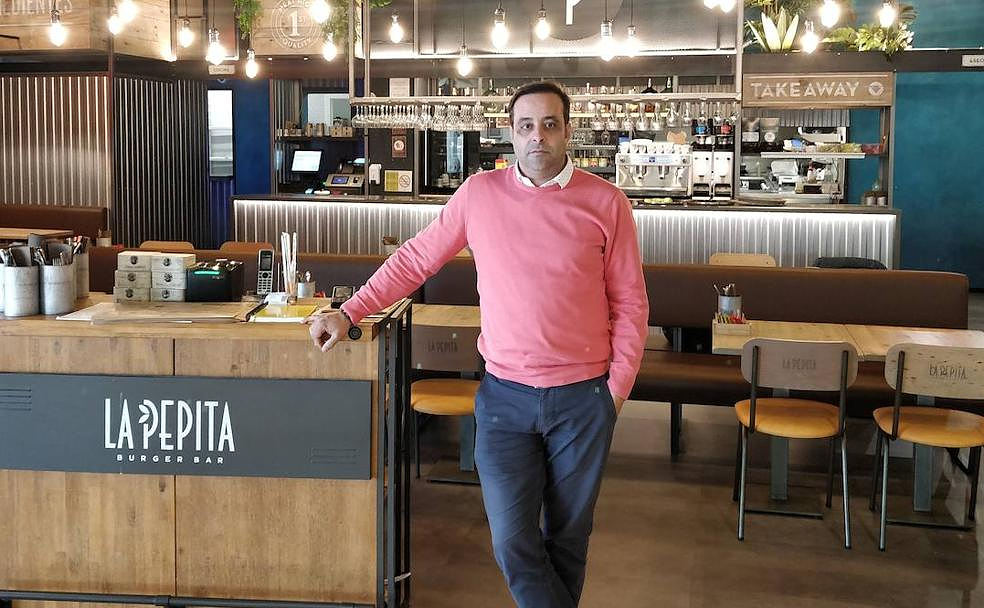 Although hamburgers have always been associated with poor quality and fast food, gourmet hamburgers have gained more popularity in recent years. It is becoming more common for restaurants to focus their entire menu on gourmet hamburgers. Santiago Salgueiro founded La Pepita Burger in 2012, a restaurant chain that specializes in premium hamburgers. His first restaurant was in Vigo, his hometown. Over the years, his presence has grown, with a number of locations throughout the country including one in the heart Granada.

Santiago explains that although he didn't intend to become a chain when he started, it was a natural progression. "All of our work and attention we give to our main product, the hamburger, has led us to be very successful," Santiago says. Santiago was influenced by the positive reception he received from the customers to expand his business to other cities. The hamburgers were high quality and well-received. "The success was amazing, I can recall that there were 50 people waiting at the door before we opened the doors, which was small. That's why we decided to expand our business to other parts of Spain.

There are currently 24 locations and they are proud to be a chain. We offer table service, and all processes are the same as any other restaurant. It's impossible to imagine it being any other than the product is the main protagonist. "We love to take care of everything, so everything's fresh and made with local products in order to give the best bites possible."

It's a perfect combination to serve delicious hamburgers in pleasant settings with great service, music, and beautiful decoration. They offer classics such as La Pepita which is a beef burger with cheddar cheese, lettuce and tomato on artisan bread. But they never stop trying to innovate, offering "something new". Santiago says that they make at least two changes to their menu each year. Santiago believes it is a way to give "an incentive" to customers and allow them to try new dishes. The hotelier, who specializes in hamburgers, says that they like to try new things and be original.

La Cachopina, a burger from La Pepita Burger was named the best in Spain at the II Spanish Burger Championship. Salgueiro says, "We wanted to do something different. So we made a seafood burger to add a new twist to our menu." They achieved this with a cachopo de sea bass with shrimp sauce and guacamole, a hamburger that combines the flavors of the sea. This was a result of their constant innovation in the restaurant's menu.

‹ ›
Keywords:
HosteleroLlevaHamburguesaExcelenciaGranada
Your comment has been forwarded to the administrator for approval.×
Warning! Will constitute a criminal offense, illegal, threatening, offensive, insulting and swearing, derogatory, defamatory, vulgar, pornographic, indecent, personality rights, damaging or similar nature in the nature of all kinds of financial content, legal, criminal and administrative responsibility for the content of the sender member / members are belong.
Related News