The government promises a night train from Paris to Dax, Bayonne and Pau in 2024

Responding to the Senate to a question from Max Brisson (LR, Pyrénées-Atlantiques), Ms. 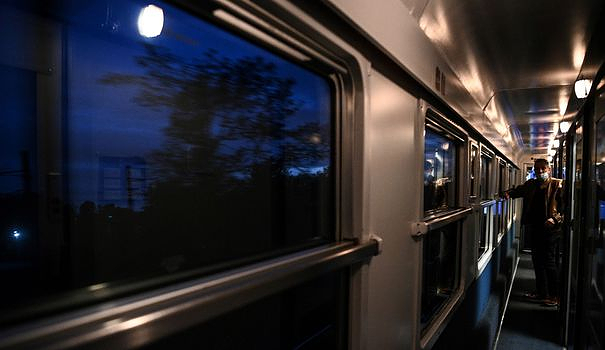 Responding to the Senate to a question from Max Brisson (LR, Pyrénées-Atlantiques), Ms. Couillard confirmed that a night train would again link Paris to Aurillac at the end of 2023.

"From 2024, the night train will serve Dax, Bayonne, Orthez and Pau daily, in addition to Lourdes and Tarbes," she added. This route via Bordeaux would resuscitate the "Palombe bleue", a night connection abolished in 2011.

In 2021, the State reopened the Paris-Nice and Paris-Tarbes-Lourdes links via Toulouse, the latter line being extended in summer to the Basque coast. It also financed the renovation of existing old cars on the Paris-Rodez/Latour-de-Carol/Cerbère and Paris-Briançon lines which had survived the elimination of almost all night trains.

“Decisions must soon be taken on the consistency of the future night train network, the renewal of rolling stock, the financing methods, with the prospect of opening up operations to competition within a few years”, added said Ms. Couillard.

In December 2021, the Minister Delegate for Transport at the time, Jean-Baptiste Djebbari, announced the creation by 2030 of new lines linking Paris to Albi, Bayonne and San Sebastian to the Spanish Basque Country, Barcelona and also Toulouse, Montpellier and Marseilles. He had added the transverse links Metz/Geneva-Nice/Barcelona/Bordeaux and Bordeaux-Nice.

The night trains, which are part of the “territorial balance trains” (TET, more commonly called Intercités), are subsidized by the State and operated by the SNCF pending their competition. She made no comment.