The government presents its second amending budget with new aid

"This text is the new stage in the fight against the high cost of living that we have been leading relentlessly for a year," said Minister of Public Accounts Gabriel Attal on Tuesday, during a presentation to the press of the major companies. 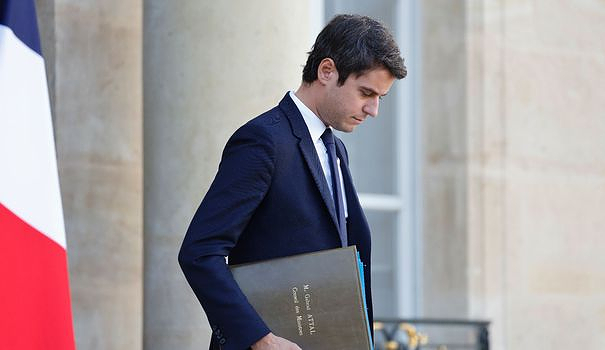 "This text is the new stage in the fight against the high cost of living that we have been leading relentlessly for a year," said Minister of Public Accounts Gabriel Attal on Tuesday, during a presentation to the press of the major companies. project lines.

In a context of high inflation, estimated at 6.2% in October over one year according to provisional data from INSEE, the government is supplementing, with new aid measures, its first amending budget published in August and then called " purchasing power package".

Among them, the payment of a new energy check for the most modest, in the amount of 1.5 billion euros, but also the extension of the rebate at the pump until November 15, for 440 million euros or an envelope of 275 million euros to help universities and research organizations cope with soaring energy costs, and another of 200 million euros for the fuel expenses of the Ministry of Armies.

"With this amending finance bill, we are helping the French to keep warm and to move around, we are allowing our students and our researchers to work in good conditions and we are financing the battle for full employment", added assured M.Attal.

The government estimates that the deficit should reach 4.9% of GDP in 2022, against 5% according to its previous estimate.

In total, the amount of the deficit fell by 4.6 billion euros, thanks to better-than-expected tax receipts, in particular from corporation tax and income tax, as well as the fall of certain expenses.

On the loans guaranteed by the State granted during the health crisis, it will for example recover two billion euros on the sums which had been planned to deal with possible unpaid debts, thanks to lesser defaults.

On the other hand, the government does not change these other macroeconomic forecasts, with GDP (gross domestic product) growth of 2.7% and inflation at 5.4%, not counting tobacco prices (5.3% taking them into account). account).

When the first amending budget was published, the Court of Auditors and the High Council of Public Finances had expressed doubts about the executive's forecasts, considering that there were still many uncertainties about the country's economic situation.

A new opinion from the High Council of Public Finances is expected on Wednesday on this second amending budget.

Gabriel Attal should also speak in the middle of the day before the Finance Committee of the National Assembly, then he will be heard on Thursday, with the Minister of the Economy Bruno Le Maire, in the Senate.

Examination of the text will begin in the National Assembly on November 7, then on November 14 in the Senate.

It comes as a parliamentary battle has been underway for several days in the National Assembly around the vote on the 2023 budget for the State and Social Security.

Prime Minister Elisabeth Borne has already drawn three times the constitutional weapon of 49.3, which allows a text to be passed without a vote by engaging the responsibility of the government. The entire project is considered adopted at first reading and will go to committee in the Senate on Wednesday.