The Government of the PP & Cs forgets Baza & region

The demand for regional elections has put a halt to the pending projects in Baza, and the region. 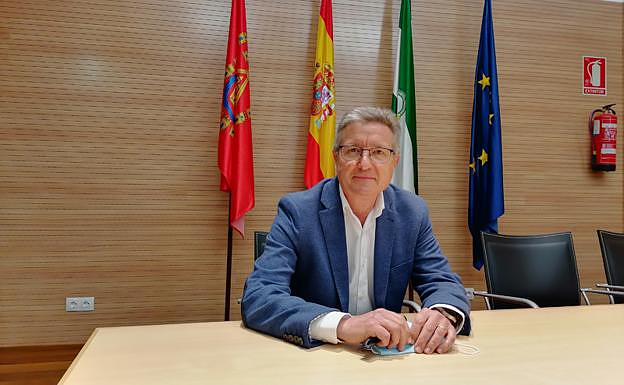 The demand for regional elections has put a halt to the pending projects in Baza, and the region. These projects have not progressed in the three years since the Government of Change was formed. Here, of necessity, it hasn't arrived, and they have had the time to carry out the same projects as the PP/Cs demanded when they were in the opposition>> Manolo Gavilan, the mayor of Baza, insists.

They are legislative projects, which are often completed in several months. The Almanzora motorway, and its connection to the A-92 through Baza is what the Basque mayor refers too. "Not only has it not been done as promised, they have not clearly defined what is going to be done either." Another demand of the PP was the A-4200 regional highway between Baza- Benamaurel-Castillejar-Huescar, it has not been conditioned either, except for the bridge over the Baza river that was damaged by the Dana of the year 2019. The new bus station is also unknown. It did not have a budget. Gavilan recalls that PP politicians used to be in Baza taking photographs in front of historic buildings. However, when they arrived at the Andalusian governments, even though they had responsibilities in some ministry they did not do anything to rehabilitate any of the buildings.

It isn't just infrastructure, however, according to Baza's mayor. There are also issues like the Dependency Law. "It is exacerbating how long it takes for aid to be granted to people who require it and when it arrives in many cases, they have already died," he said.

Manolo Gavin explains that there are some issues that don't require an investment from the Andalusian government and that are crucial to be addressed, such as the modification or improvement of decree 378/2009 relating to the irrigable zones to make them more realistic. >.

Gavilan recalls the need for investments to support the Sierra de Baza Natural Park. The Narvaez complex was closed and is deteriorating. The city council did all it could to make the situation better. From the Natural Park entrance on the A-92, to the complex, asphalt was laid, electricity was obtained and the swimming pool was constructed. The Board is responsible for reopening this area of the park. There is no tourist accommodation in this area of the park. The only intervention was made to make the mine accessible. This is a project that the PSOE already has planned and begun. Baza's mayor recalls the limited and sometimes non-existent economic assistance from the Junta de Andalucia to help organize sporting events in connection with the declaration of Baza European City of Sport, and the celebration of 50 years since the discovery of Lady of Baza.

During the visit to Baza on July 24, 2019, Pablo Garcia, the Delegate of The Andalusian Government, in Granada received all pending matters between Junta de Andalucia, and the Baza City Council.

‹ ›
Keywords:
GobiernoOlvidaBazaComarca
Your comment has been forwarded to the administrator for approval.×
Warning! Will constitute a criminal offense, illegal, threatening, offensive, insulting and swearing, derogatory, defamatory, vulgar, pornographic, indecent, personality rights, damaging or similar nature in the nature of all kinds of financial content, legal, criminal and administrative responsibility for the content of the sender member / members are belong.
Related News