Cazorla's bearded vulture captive breeding centre has been host to the first spawning of the Year in Andalusia, specifically by Joseph and Keno as confirmed by the Ministry of the Environment and Land Management. 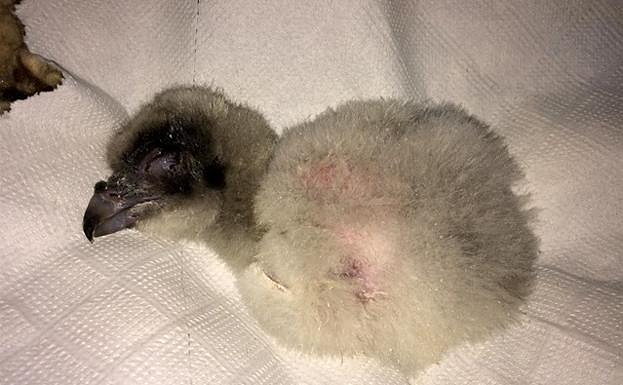 Cazorla's bearded vulture captive breeding centre has been host to the first spawning of the Year in Andalusia, specifically by Joseph and Keno as confirmed by the Ministry of the Environment and Land Management.

The center staff have intensified monitoring of the incubation of the couple since the time that the female Keno laid her first egg on December 7, at 11:11 a.m. to ensure maximum success in reproduction. . To find out if the egg has been embryonated, however, you will need to wait nearly two months.

The Bearded Vulture Breeding Center of Cazorla is dependent on the Ministry of the Environment and Land Management and managed and funded by the Gypaetus Foundation. It has seven breeding pairs: Cabus and Corba and Elias and Viola; Lazaro and Nava; Joseph and Keno; Andalusia and Salvia; Borosa and Toba and Tranco and Sabina.

These are not the only young specimens. However, they have already shown some signs of pairing last season.

The staff working in the cage enclosure has been reduced to a minimum since copulations began last September, which intensifies the contribution of construction material and the observation of the pair. Out of the total 14 eggs laid, nine chickens were born at these Cazorla facilities last year. Eight of them survived.

The Ministry of the Environment and Land Management has developed the Bearded Vulture Reintroduction Program. It aims to establish an independent and stable population of the species by releasing young specimens via country breeding or hacking.

This technique was originally used in falconry. The goal is for the specimen to assimilate the release as its birthplace, and then return to it to settle down and reproduce.

In 1996, the Ministry of the Environment and Territory Planning established the Cazorla Bearded Vulture Breeding Center, which is managed by the Gypateus Foundation. This was done in order to establish an independent, long-term population of the species. These facilities have produced 86 chickens, of which 76 survived.

Its privileged location at Nava de San Pedro in the middle of the Natural Park of Sierras de Cazorla Segura and Las Villas, at nearly 1,300m above sea level, provides it with important health benefits that help to preserve the lines of captive genetics.

‹ ›
Keywords:
CentroCriaQuebrantahuesosCazorlaAcogePrimeraPuestaAndalucía
Your comment has been forwarded to the administrator for approval.×
Warning! Will constitute a criminal offense, illegal, threatening, offensive, insulting and swearing, derogatory, defamatory, vulgar, pornographic, indecent, personality rights, damaging or similar nature in the nature of all kinds of financial content, legal, criminal and administrative responsibility for the content of the sender member / members are belong.
Related News