The famous star from Saxony

Now it shines again everywhere in Germany and elsewhere, the Moravian Christmas star with its 25 points. 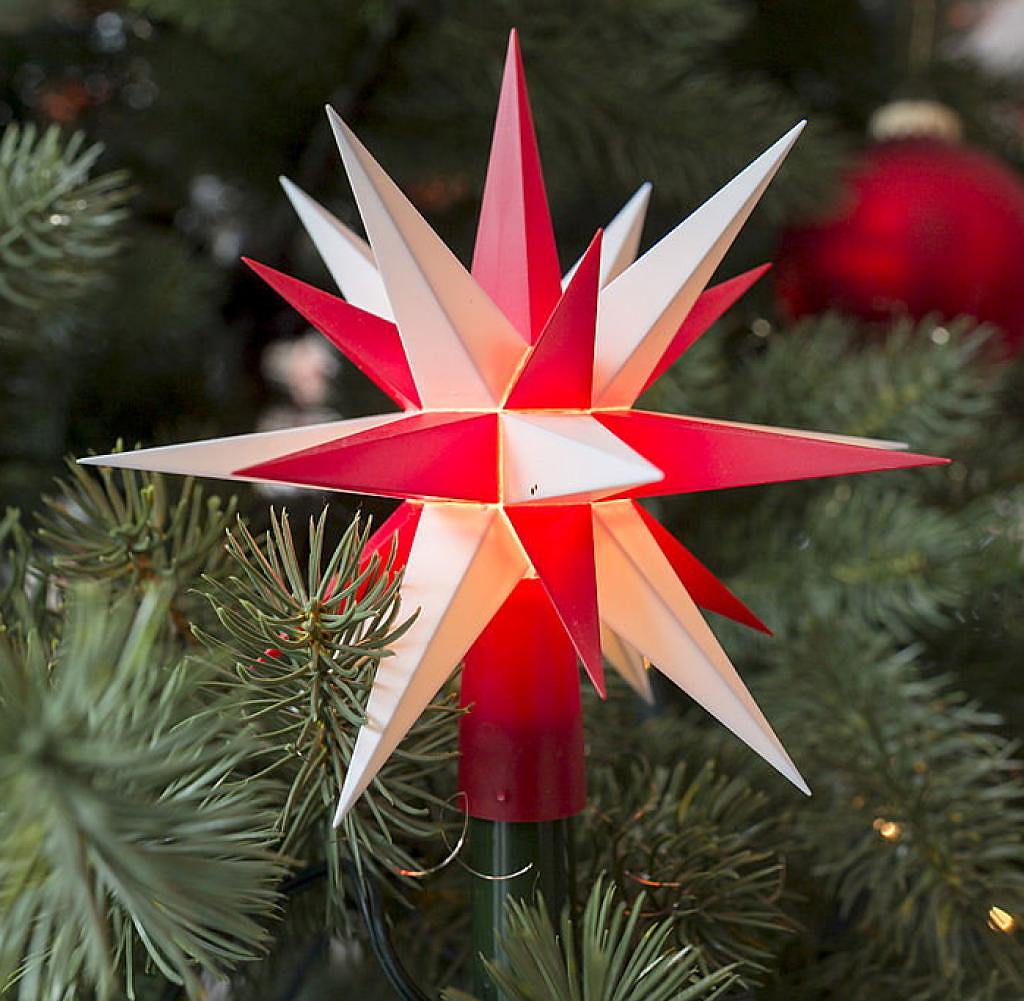 Now it shines again everywhere in Germany and elsewhere, the Moravian Christmas star with its 25 points. He comes from Upper Lusatia, from where he made it all over the world. The celestial bodies come from the small town of Herrnhut, where they are built by the Moravian Church, a Protestant free church.

The village was founded in 1722 by the descendants of the Moravian Evangelical Brotherhood after they had fled from the areas in Bohemia and Moravia re-catholicized by the Habsburgs and had found asylum here. It was missionaries who went out into the world shortly after the founding of Herrnhut to convince people of their faith. During her absence, she sent her children to the Free Church boarding schools.

The first paper stars were made there in the early 1820s. The aim of the handicrafts was to make it easier for children to separate from their parents during the Advent season. But the star was also a product of the geometry lessons in the boys' school in Niesky near Herrnhut: the math teacher used this to explain what happens when you cut off the corners of a cube. Then you can form a so-called rhombicuboctahedron, the basic shape of a Moravian star.

The Moravian community used the star as a symbol of the birth of Jesus Christ and as the star of Bethlehem instead of cribs as Christmas decorations. In the beginning it was just white and red, white for purity and red for the blood of Jesus.

Around 1880, Pieter Hendrik Verbeek, a graduate of the school, started selling the stars and their instructions in the local bookshop. Then in 1897 he invented the first sturdy, collapsible star with rails onto which the paper points with metal frames could be slid, ideal for packaging and shipping.

His son Harry came up with the idea of ​​equipping the stars with electric light. He applied for a patent for this star in 1925. In principle, that model corresponds to the construction commonly used today - always with 17 square and eight triangular points.

In 1950, during the GDR era, the company was nationalized, but since manual production was not compatible with socialist industrial production, a process that was unusual for that time took place: the retransfer to the Brotherhood. 90 percent of the stars went abroad for foreign exchange until the fall of the Wall.

In 1991 the company was transformed into the Herrnhuter Sterne GmbH. Today around 200 people work in the manufactory, also supported by several workshops for the disabled. In 2021, 780,000 stars were made by hand. There is a paper version and a plastic version, both of which come in a variety of colors and sizes. A 60 cm paper star costs around 60 euros.

Herrnhut is also a nice pre-Christmas destination. You can not only buy stars in many variations, but also visit a demonstration workshop or make your own star (herrnhuter-sterne.de).

The Moravian Church in Germany has about 6000 members, the majority of the approximately one million members worldwide live in Africa, North and Central America and the Caribbean. However, the Evangelical Brethren Unit still has its headquarters in Herrnhut.

Her star can be found all over the world, for example in the mission sites of Elim in South Africa or Jinotega in Nicaragua. Oversized one-offs measuring 2.50 meters in size light up the Federal Chancellery or the Frauenkirche in Dresden during the Advent season.

As a symbol for the light of Bethlehem or simply as a shining star against the darkness - the Moravian Star is a symbol of hope and joy and therefore en vogue all over the world.

‹ ›
Keywords:
DeutschlandLänderporträtsHerrnhuter SterneSachsenRegionenporträtsWeihnachtenOberlausitzHerrnhuter BrüdergemeineHerrnhuter Stern GmbHHerrnhuter SternSurinameBöhmenKaribikBethlehemMähreFreikircheReise
Your comment has been forwarded to the administrator for approval.×
Warning! Will constitute a criminal offense, illegal, threatening, offensive, insulting and swearing, derogatory, defamatory, vulgar, pornographic, indecent, personality rights, damaging or similar nature in the nature of all kinds of financial content, legal, criminal and administrative responsibility for the content of the sender member / members are belong.
Related News