The fall of a universe

What do you think it does to an actor when he's hanging from wires most of the time during filming? Those affected usually give rather vague information about possible torments and professional doubts. 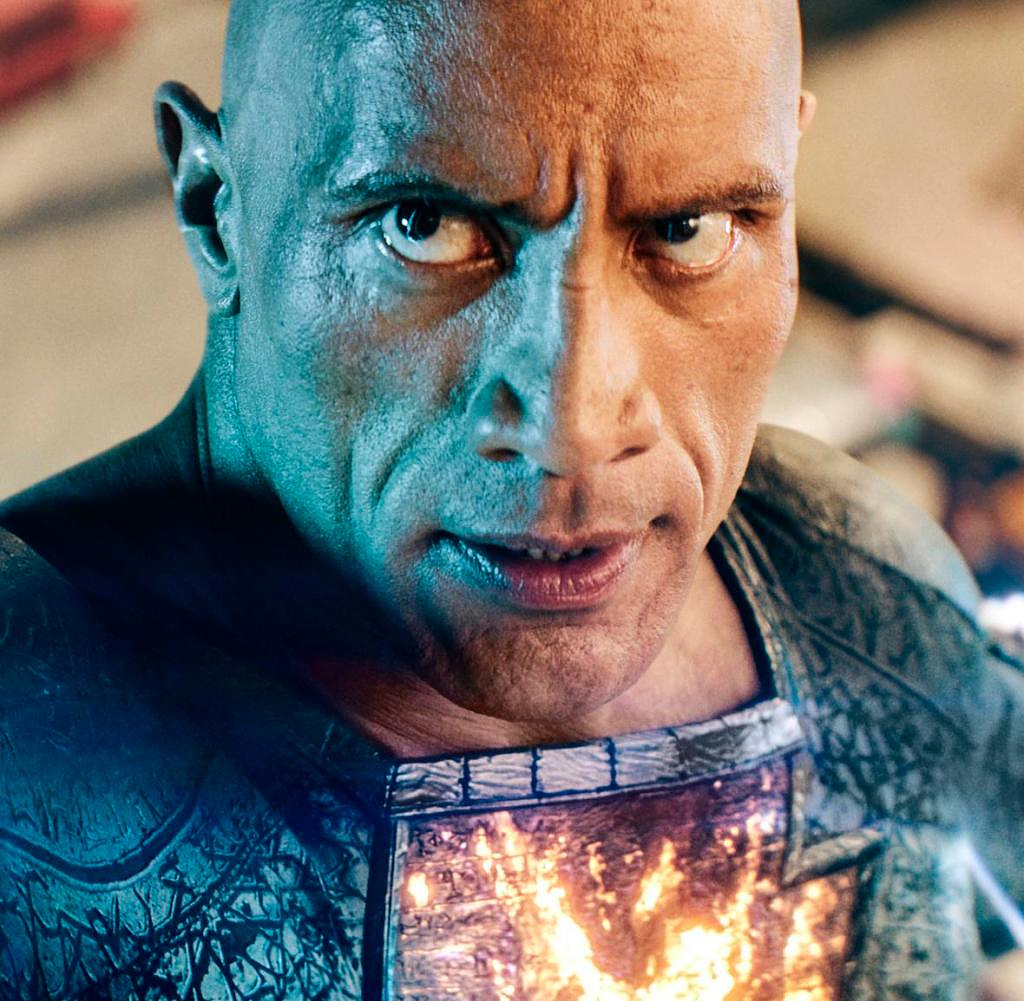 What do you think it does to an actor when he's hanging from wires most of the time during filming? Those affected usually give rather vague information about possible torments and professional doubts. The fees that can be pocketed in superhero films are certainly compensation enough.

However, no actor has taken on this challenge with the same consistency as Dwayne Johnson in "Black Adam". Not only does he constantly fly through the air. Even when waiting, it always hovers a hand's breadth above the ground. He could also keep himself ready to fly while standing, but he doesn't care about traction.

Maybe it's because his figure spent the last 5000 years in a rock coffin before being reactivated. Teth Adam's superhuman powers had to be banished by magic at the time. Now they are needed again. For what is not entirely clear in the following two hours.

His state of limbo could be read as a metaphor with some benevolence: Teth-Adam trying out how evil he really wants to be. Finding your own destiny is part of the martially embellished basics of superhero films. But this one is amazingly fickle.

Of course, since its invention in 1945, the comic figure has been an emblem of indecisiveness. He has been credited with three origin stories in the Middle East over the decades, including one as the son of Ramses.

The film opts for the current variant: Teth Adam is a slave who liberated the kingdom of Kahndaq 2600 years before our era and is now being resurrected. His homeland is enslaved again. Now by a corporation called Intergang, which exploits the country's natural resources. Is he the hero the people have been waiting for since time immemorial?

He denies it. His work ethic differs from that of commercial superheroes, who strive for selective consideration for mortals. Black Adam takes no prisoners.

His reappearance puts the Justice Society (no, not the top-flight league, but the back-up crew) on high alert. It is intended to ensure global stability. One of the more charming points of the film is that the local resistance movement would gladly do without the help of the American liberators.

She is led by a widowed university professor who plays Sarah Shahi in Tomb Raider mode. It's actually a family business owned by her portly brother and precocious son.

The latter could awaken feelings of fatherhood in the vengeful and raving revenant, but the will-o'-the-wisp script has other complications in store for the time being - namely the power struggle between the indomitable anti-hero and the Justice Society, whose leader Pierce Brosnan ekes out an early acting clemency. Will they pull together to face an even greater world threat?

With "Black Adam" Dwayne Johnson fulfills a dream he has had as an actor and producer for 15 years. Apparently no one had the courage to explain to him at that time that he was a blatant miscast. The exorbitantly winning actor can be fierce, but the dark is not at his command.

His muscular twitches are usually a twinkle in the eye, this time his massive physical presence unencumbered by any hint of irony. Teth-Adam is taking a very, very long time to learn sarcasm.

Thus, "Black Adam" marks a black day in the annals of the DC Universe, which has been in dire turbulence lately anyway. Unlike Marvel's streamlined competition, it's always been more prone to failure because it's open to ambivalence and gloom. But with the exception of "The Batman" with Robert Pattinson, nothing went well here (commercially).

"Bird of Prey", "The Suicide Squad" and "Wonder Woman II" were major flops that were not only due to the pandemic. "Justice League" had to be reshot and re-edited by co-director Zack Snyder. And "Batgirl" was apparently so bad that the new studio management at Warner Bros. buried the 90 million film entirely.

The principle of self-sabotage is deeply inscribed in the newest emanation of the universe. It's always a bad sign when the plot is told largely from the off.

So many things must have gone terribly wrong during the development of the script that could not be saved in the editing room and should finally be corrected during the sound mixing.

Black Adam is the oddity of an action movie that says more than it shows. The first and last thirds are pure exposition, with annoying duels in between doing plenty of collateral damage to Kahndaq and the narrative logic. Director Jaume Collet-Serra, who staged the better Liam Neeson vehicles in the 2010s, could save little.

‹ ›
Keywords:
WarnerMediaMiddingGerhardJohnsonDwayneDC ComicsBrosnanPierceSnyderZackTexttospeechBlack AdamDwayne JohnsonReich KahndaqJustice LeagueSex
Your comment has been forwarded to the administrator for approval.×
Warning! Will constitute a criminal offense, illegal, threatening, offensive, insulting and swearing, derogatory, defamatory, vulgar, pornographic, indecent, personality rights, damaging or similar nature in the nature of all kinds of financial content, legal, criminal and administrative responsibility for the content of the sender member / members are belong.
Related News