This measure, an emblematic provision of the 2021 climate law, will have to be re-examined after three years and will also apply to connecting flights, specifies the text. 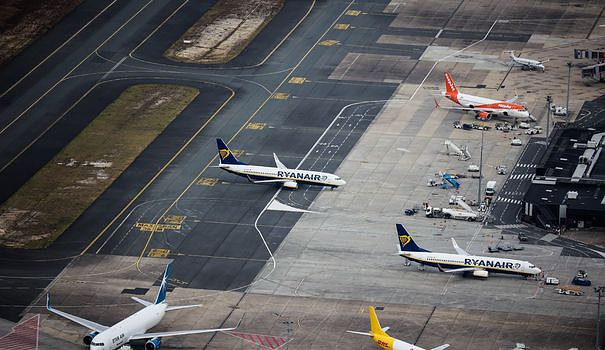 This measure, an emblematic provision of the 2021 climate law, will have to be re-examined after three years and will also apply to connecting flights, specifies the text.

In December 2021, the European executive announced that it was carrying out an “in-depth analysis” of this project, contested by the Union of French airports (UAF) in solidarity with the European branch of the International Council of Airports (ACI Europe).

The latter considered in particular that French law, which has the effect of prohibiting connections between Paris (Orly) and Nantes, Lyon or Bordeaux, introduced discrimination between carriers.

Discussions have taken place between the Commission and the French government to ensure that the project complies with European legislation.

Paris thus had to waive a derogation that the law provided for connecting journeys, the Commission judging that it introduced a distortion of competition between airlines, in particular those "whose economic model is not focused on passengers in correspondence".

The European Air Services Regulation provides (Article 20) that a Member State may, "where there are serious environmental problems (...) limit or refuse the exercise of traffic rights, in particular when other modes of transport provide a satisfactory service".

However, it specifies that these measures must be "non-discriminatory", not cause "distortion of competition between air carriers", not be "more restrictive than necessary" and must have "a limited period of validity, not exceeding three years, after which they are re-examined".

This article had never before been invoked by a Member State.

The ban on short air routes in France is therefore valid for three years, with France having to send the Commission an assessment of the measure a year before.

In a press release, Minister Delegate for Transport Clément Beaune welcomed the Commission's decision, which constitutes "a major step forward in the policy of reducing greenhouse gas emissions".

The decision from Brussels, he says, "will launch new steps in the effective banning of airlines when there is an alternative of less than 2h30 by train" and constitutes "a major step forward and I am proud that France is a pioneer in this area".