The Euribor closes a dizzying 2022: it breaks 3% and makes mortgages more expensive by 3,130 euros

2022 has not given any kind of truce to those with mortgages. 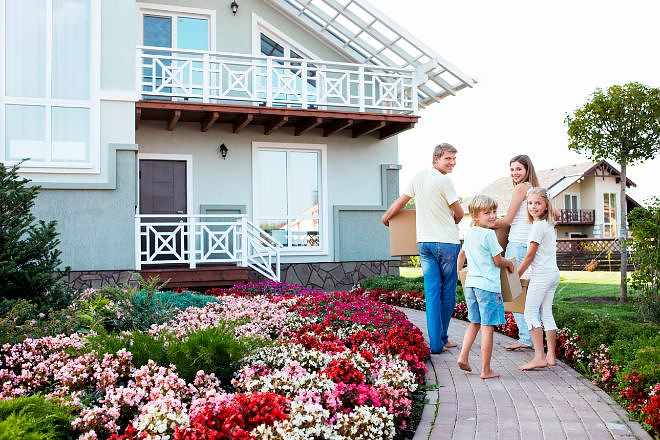 2022 has not given any kind of truce to those with mortgages. The 12-month Euribor has risen meteorically each and every month of the year that is ending. This mortgage indicator started the year with the hangover of the historical lows of -0.502% left by December 2021. In April it stopped trading negatively and the ECB's incessant rate hikes did the rest, catapulting its value, especially from July, when the European Central Bank (ECB) applied the first rate hike of the year.

The average data for this last month of the year, which is used to review the price of credits, has risen to 3.018%, after exceeding 3% yesterday, a level not seen since December 2008, when the 3.452% coinciding with the fall of Lehman Brothers that accelerated the monetary stimuli that would lead this indicator to 0%.

The four rises in the price of money that the main European monetary institution has undertaken this year have raised interest rates by 250 basis points (from 0% at the beginning of the year to 2.5% today) to try to put stop exorbitant prices in the euro zone, where inflation exceeds 10% and is five times its medium-term objective.

However, in these twelve months the Euribor, which anticipates expectations of further rises (or falls) in official interest rates, has tightened even more and has climbed 350 basis points, due to the aggressiveness of the ECB shown in the face of the future since in the last meeting its president, Christine Lagarde, indicated that "significantly more increases" in rates are still needed and in a sustained manner to control inflation.

As of today, the spread between interest rates and the 12-month interbank rate is 50 basis points.

With these increases, those mortgaged who have to review the bill of their home with the December data, will once again see their quota increased.

Among the many milestones left by this mortgage index, which affects three out of four mortgagees (some 4.1 million people), it stands out that in September it suffered the highest price increase in history, shooting up 984 thousandths compared to August and 272 basis points. compared to September a year earlier. So it closed that month at 2.233%.

In addition, the Euribor exceeded 3% in its daily rate on December 19 for the first time in 14 years, specifically since January 1, 2009.

The tireless climb of this mortgage indicator does not end here. Experts predict new advances that will go hand in hand with rate hikes that could reach 3.5% during the first half of 2023.

Bankinter sees this indicator in December 2023 at around 4% and is confident that it will drop to 2.2% in 2024. The Fundación de las Cajas de Ahorros (Funcas) indicates that Euribor could be at an average of 3.1% in the middle of 2023, to later decrease slightly.

Fernando López, Chief Operating Officer of gibobs allbanks, admits that it is very likely that for the first quarter of 2023 "interest rates will continue to rise to adjust to the rise in the Euribor announced by the ECB, but in a softer way than what They have been doing it since mid-2022." And Joaquín Robles, from XTB, estimates that the Euribor could be close to 3.5% in the first half of 2023, depending on how inflation and rate forecasts evolve.

These rises in the Euribor have another derivative: mortgage prices will become more tense. So far this year they have already suffered a significant rise, especially fixed loans, but in recent weeks, there has been a lull in the home purchase loan window.

The banking entities have maintained the offers after a strong process of increases in the modality at a fixed rate, and a general improvement in the conditions at a variable rate. However, the rupture of the psychological level of 3% in the Euribor could fuel new rises in mortgages so that banks can defend their margins.

In this scenario, the rates of fixed-rate loans could advance to a band between 4.5% and 5% APR (equivalent annual rate), which includes all expenses.

The Executive reacted to the aggressiveness of the ECB a few weeks ago with a package of measures focused on limiting increases in mortgages and extending their terms for those who have up to 29,400 euros of income.

‹ ›
Keywords:
MercadoseuriborHipotecasVivienda
Your comment has been forwarded to the administrator for approval.×
Warning! Will constitute a criminal offense, illegal, threatening, offensive, insulting and swearing, derogatory, defamatory, vulgar, pornographic, indecent, personality rights, damaging or similar nature in the nature of all kinds of financial content, legal, criminal and administrative responsibility for the content of the sender member / members are belong.
Related News