The project to reform the rules of the "Stability and Growth Pact" maintains the emblematic reference ratios: a general government deficit limited to 3% of national GDP and a public debt capped at 60% of GDP. 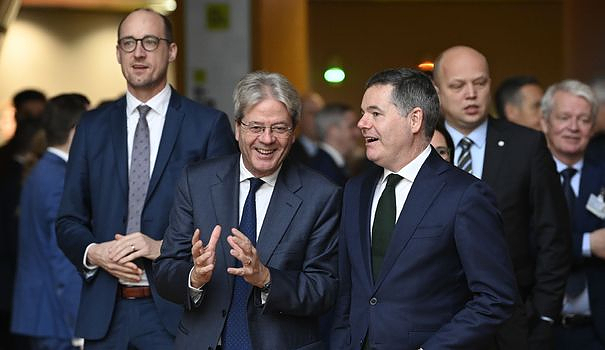 The project to reform the rules of the "Stability and Growth Pact" maintains the emblematic reference ratios: a general government deficit limited to 3% of national GDP and a public debt capped at 60% of GDP. But, in order to promote investment, the Commission wishes to give the States more leeway in the policy to be implemented to correct excessive indebtedness.

The current rules, unrealistic, were not respected. They provided for corrective trajectories so severe that they would have imposed on the worst-off countries a destructive austerity cure. An excessive deficit procedure can theoretically lead to fines which, in practice, have never been implemented.

Concretely, the Commission proposes in the future to define for each Member State a reference budgetary trajectory over a period of four years, adapted to its financial situation in order to achieve "in a credible manner a deficit which would remain below 3% of GDP". .

Each country would then present its budgetary plan, which would also include proposals for reforms and investments, on the model of the recovery plans financed by the common European debt considered a success.

Countries committing to these reforms and investments could obtain an extension of three additional years for their adjustment trajectory, ie seven years in total to get back on track.

National plans would be evaluated by the Commission as well as other member states in the Council of the EU, then monitored on the basis of an annual progress report submitted by each capital.

To simplify this control, the European executive would focus on a single indicator, the evolution of the level of public expenditure.

In order to counterbalance this increased flexibility, Brussels ensures that it wants to put in place sanctions that want to be "more effective" by lowering their amount which could theoretically reach up to 0.5% of GDP so far.

"The (new) budgetary rules would focus on reducing debt where it is high, on the basis of plans defined by the Member States which will have to respect the conditions set by the EU", summed up the vice-president of the Commission, Valdis Dombrovskis.

The Commission's idea is to reconcile the so-called "frugal" countries of northern Europe seeking stricter application of the rules and the over-indebted states of the south who want more freedom to invest.

"We want to place growth and stability on the same level," summed up the Commissioner for the Economy, Paolo Gentiloni.

Brussels hopes that the ideas presented on Wednesday will lead to a legislative proposal next year, before the reactivation scheduled for early 2024 of the Stability Pact suspended since the Covid crisis in 2020.