"The era of Russian gas dominance is coming to an end" 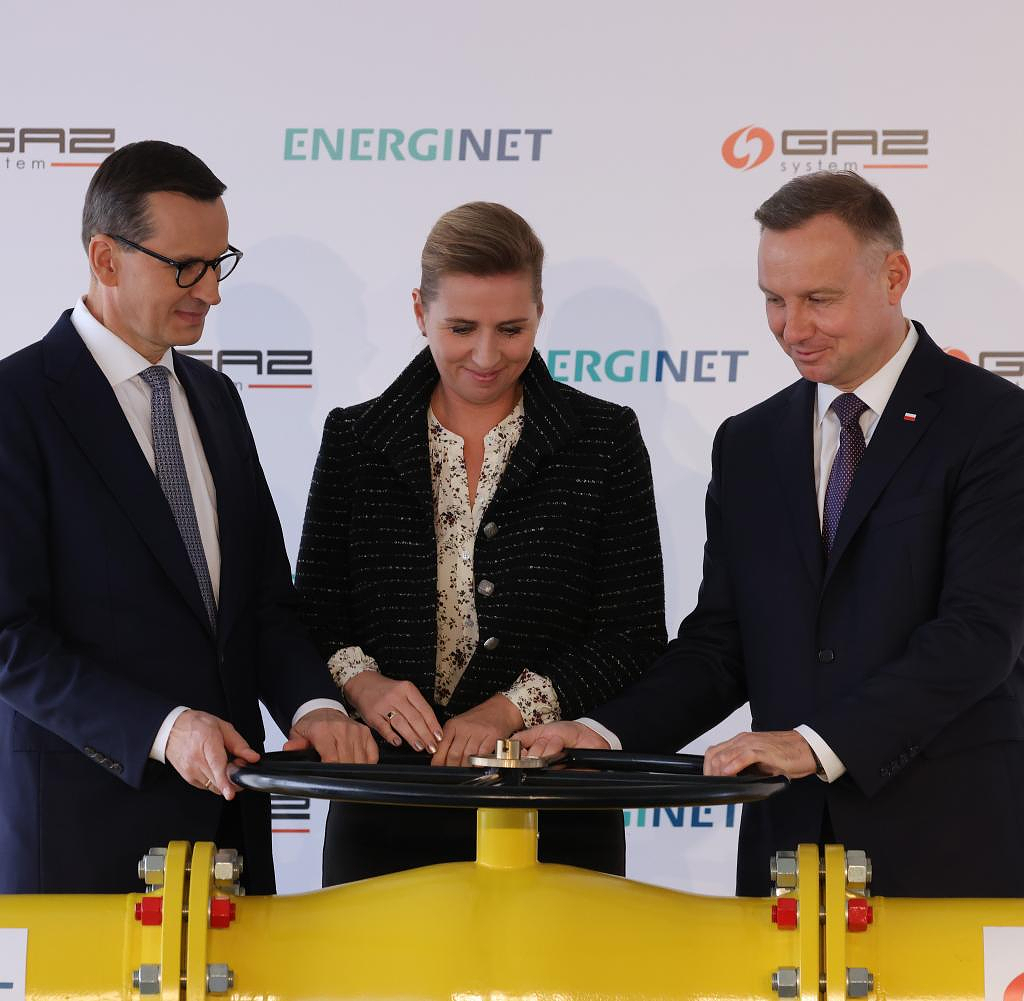 Government representatives from Poland, Denmark and Norway opened the new Baltic Sea pipeline, the Baltic Pipe, on Tuesday. Natural gas is to flow through them from Norway via Denmark to Poland. At the same time, the search for the cause of three leaks in the Nord Stream pipelines under the Baltic Sea continued in Germany and Denmark.

"The era of Russian gas dominance is coming to an end - an era marked by blackmail, threats and coercion," said Prime Minister Mateusz Morawiecki at the symbolic inauguration of Baltic Pipe's compressor station in Goleniow near the Polish port city of Szczecin. A new era of energy sovereignty and freedom is now beginning. It's about energy security, but also about security in a broader sense: showing that solidarity can make the continent safer.

"This day marks a crucial geopolitical step for all of us," said Danish Prime Minister Mette Frederiksen. Norway's Oil and Energy Minister Terje Aasland stressed that Russian President Vladimir Putin wanted to split the West, but he was unable to do so.

The Baltic Pipeis a roughly 900-kilometer branch from the existing Europipe II route, which runs from Norway through the North Sea to Lower Saxony. In the future, Norwegian natural gas can also be transported eastwards through the Baltic Pipe. The line connects to the existing pipeline west of Denmark in the North Sea, then leads to the Danish mainland and on through the Baltic Sea to Poland. The construction costs for the project amount to 1.6 billion euros. The Polish network operator Gaz-System and the Danish state-owned company Energinet contributed the largest part of this. Energinet is responsible for the overall operation of the electricity and gas system in Denmark. Baltic Pipe was funded with 250 million euros from EU funds.

‹ ›
Keywords:
NewsteamPolenWirtschaftDänemarkWirtschaftNorwegenWirtschaftPipelinesGasMateusz MorawieckiPolenNordseeNorwegenDänemarkGoleniowOstseeErdgasGeschichteOstseePipelineBaltic Pipe
Your comment has been forwarded to the administrator for approval.×
Warning! Will constitute a criminal offense, illegal, threatening, offensive, insulting and swearing, derogatory, defamatory, vulgar, pornographic, indecent, personality rights, damaging or similar nature in the nature of all kinds of financial content, legal, criminal and administrative responsibility for the content of the sender member / members are belong.
Related News