The Edible Theater is preparing to bring the public to hell

The El Ejido Theater Festival's Edible Theater is a popular choice each year. 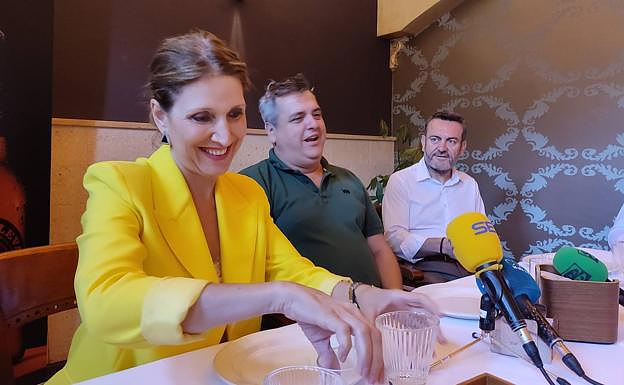 The El Ejido Theater Festival's Edible Theater is a popular choice each year. This year it was with a show that is at the peak of what is being called the 45th edition.

The show will feature Jose Alvarez, a chef from Ejido, preparing haute cuisine. They will have to decide if they want to ascend to heaven or stay in limbo during a night filled with strong emotions.

Julia Ibanez, Councilor for Culture, stated that the event will "enjoyable evening that combines innovation and creativity with the best gourmet products that the greenhouses offer to bring out the flavors of the dishes."

This pairing will be accompanied with "powerful" staging, which will immerse people in the show. Thanks to the close collaboration between La Costa Restaurant and La City Council, and the collaboration with 'Punta Este de Estrella Levante, who will again be present at this event to transport attendees to 'hell through elaborate lighting and a central stage in hexagon shape, and the best environment specifically designed for the occasion,

The Edible Theater travels to the most important places in each edition. So, for scenarios like La Almunya del Sur or the Castillo de Guardias Viejas, or even the Port of Almerimar. This edition also features a special space, such as Nave de Ejidomar. It has been renovated previously and hosted the traditional broad beans as well as the largest fry in the world during past festivals de San Marcos.

This year's edition will have a larger space, which will increase the number of places. It will be up from 80 in the previous edition to 250 this time. All the tickets are already sold out.

This space is where lighting plays a unique role to create the cabaret atmosphere.

Jose Alvarez spoke out about the gastronomic proposal. He said that the most important thing was the "connection that is established during show between the chef, the artists, and the diners with a menu consisting of 6 to 7 dishes." This year, there will be proposals that include "spicy or strong things," which will go well with the night's desserts.

"Los Que" is the company's talent competition inspired from the seven deadly sins. Ibanez stated that it would be "a proposal full of music, magic, and fun", but he also said that the attendees will be welcomed by a satyr with flame and will need to overcome the fire in order to enter the show.

Ibanez, on the other hand, pointed out that Edible Theater was one of the Festival's most unique proposals. It is a bet with local stamp that proves that "we can make culinary, cultural, and artistic proposals at high elevations of the great capitals."

‹ ›
Keywords:
TeatroComestiblePreparaBajarPúblicoInfierno
Your comment has been forwarded to the administrator for approval.×
Warning! Will constitute a criminal offense, illegal, threatening, offensive, insulting and swearing, derogatory, defamatory, vulgar, pornographic, indecent, personality rights, damaging or similar nature in the nature of all kinds of financial content, legal, criminal and administrative responsibility for the content of the sender member / members are belong.
Related News