The tenth edition of the Route of the Courtyards and Squares of Andujar ended last night in Plaza de Santa Maria. 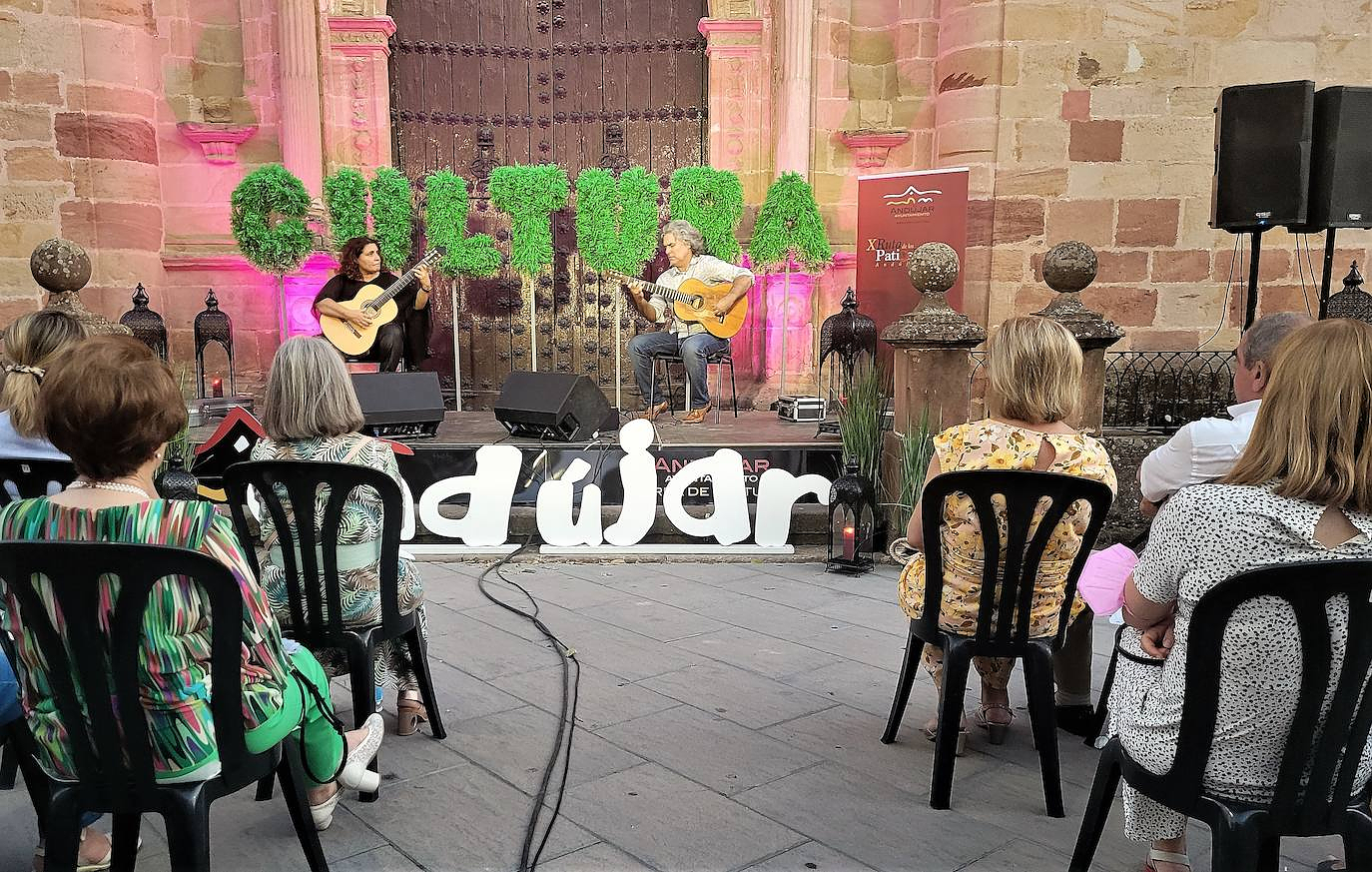 The tenth edition of the Route of the Courtyards and Squares of Andujar ended last night in Plaza de Santa Maria. This edition was dedicated to Miguel Hernandez on the occasion of the 80th Anniversary of his death.

The evening started with Raul Munoz reading some poems by Hernandez, and Alejandra reading them. These verses were written in prison between 1938-1941 and published posthumously in 1958. Miguel Hernandez sent Miguel Hernandez a letter in prison that inspired this poem. Participants had the chance to hear Hernandez's voiceover.

Following this moving reading came the concert of the duo 'Guitar Passion, which is made up Alfredo Panebianco, and Vania Del Monaco. Both musicians have displayed their musical talent throughout Asia, Europe, and America. They have won numerous awards in several of these countries. The performers entertained the audience with familiar songs by Juan Manuel Serrat and Eric Clapton, John Lennon, Carlos Santana and John Lennon, as well as other internationally acclaimed artists.

Juan Francisco Cazalilla (Consultant for Culture) gave a positive assessment of the current Route of the Squares and Courtyards. He stated that "we have traveled different musical styles and the tribute to Hernandez has been widely acknowledged."

‹ ›
Keywords:
BalanceSatisfactorioParteCulturaRutaPatiosPlazasAndujar
Your comment has been forwarded to the administrator for approval.×
Warning! Will constitute a criminal offense, illegal, threatening, offensive, insulting and swearing, derogatory, defamatory, vulgar, pornographic, indecent, personality rights, damaging or similar nature in the nature of all kinds of financial content, legal, criminal and administrative responsibility for the content of the sender member / members are belong.
Related News