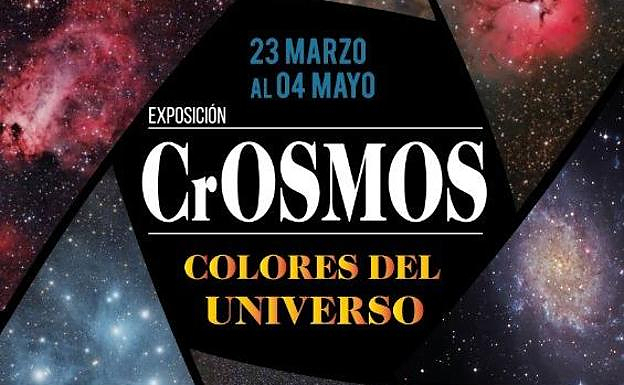 Casa Garcia de Viedma inaugurated the photographic exhibition "CrOSMOS": Colors of The Universe on March 23rd. The Miguel Hernandez room has been home to countless photographs since its inception. They show the stars and the various colors that make up the universe. Each type of snapshot is broken down into separate blocks.

In collaboration with the Department of Culture of the Armilla City Council, the Armilla Astronomy School promoted the exhibition. It features images from Granada by astronomy enthusiasts. Each photograph can be viewed to help you learn more about the objects. This didactic exhibition will allow us to see what lies beyond the sky. Antonio Molina Morillas was the curator, Miguel Gil Leon handled technical aspects and Miguel Sanchez Gonzalez directed the content.

Angel Gomez Roldan (director of AstronomiA) gave a talk entitled "Exploration: The origins and evolution of the solar system" in Casa Garcia de Viedma's auditorium. Eduardo Battaner Lopez, professor emeritus of Sciences at the UGR, and Pablo Santos Sanz, researcher from Institute of Astrophysics of Andalusia were also present. Parallel to this, there will be several workshops that are free and open to all who wish to learn about astronomical photography.

The workshop "Photographs of large fields" will take place on March 30. It will then be the turn of 'Images of the Solar System' on April 6. "Deep Sky Photography" will cover April 13th, while "Image processing" and "Astronomical drawing" will take place on April 20th and May 4th respectively. These activities will be held on Saturday at 7:00 PM.

‹ ›
Keywords:
ExposicionFotograficaCrosmosMuestraMaravillasUniversoArmilla
Your comment has been forwarded to the administrator for approval.×
Warning! Will constitute a criminal offense, illegal, threatening, offensive, insulting and swearing, derogatory, defamatory, vulgar, pornographic, indecent, personality rights, damaging or similar nature in the nature of all kinds of financial content, legal, criminal and administrative responsibility for the content of the sender member / members are belong.
Related News