The "Club Dorothée", an "incredible adventure" completed 25 years ago 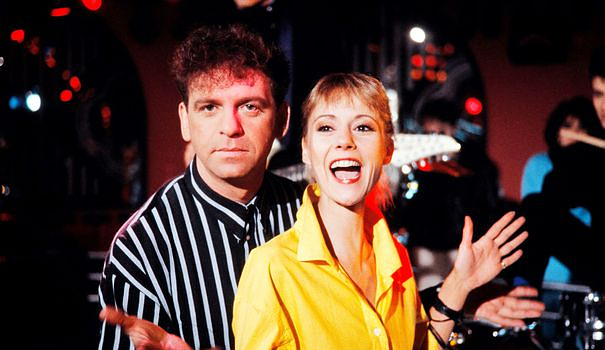 August 29, 1997. After having entertained millions of children and reigned over children's programs for 20 years - including 10 in public service with "Récréa A2" - Dorothée and her acolytes Jacky, Ariane and Corbier bow out, between episodes of "Inspector Gadget" and "Knights of the Zodiac".

The animator Patrick Simpson-Jones left the ship in 1996, after receiving his share of cream pies at "Club Do", a cocktail of sketches, mostly Japanese cartoons, songs and series at the water produced by AB.

For the fans, the end of the show, with always good audiences, sounds "like an earthquake", as Dorothée sang, who declines interview requests.

In front of and behind the camera, "there was a mixture of sadness, emotion, tears in the eyes", testifies Jacky.

"It was a tragedy, we employed more than 1,000 people", explains producer Jean-Luc Azoulay, co-founder of AB with Claude Berda, also at the origin of "Hélène and the boys" and other sitcoms of the "Dorothea years".

It is not the will of renewal of TF1, the wear of the televiewers or the competition of the "Minikeums" on France 3 which motivated the stop, assures Jean-Luc Azoulay, warned by "letter registered December 24, 1996" before a public announcement in March 1997.

According to him, the CEO of TF1 at the time, Patrick Le Lay, rather intended to respond to the creation by AB, which had become an empire, of the satellite package AB Sat, a competitor of TPS, co-owned by TF1. "They wanted to kill us."

It all started so well...

As soon as it was privatized in 1987, TF1 asked AB to fill its schedule urgently. Jean-Luc Azoulay, who produced Dorothée's records, convinces his singer to leave Récré A2 to follow him on the front page.

Success is there, with more than 40% audience share. The 600 hours of programs per year initially planned quickly exceed a thousand, and Dorothée squats the antenna daily at breakfast, at snack time, during a long live broadcast on Wednesdays...

But the program is decried, in particular by the deputy Ségolène Royal, for its supposed cretinity, its mercantile aspect, and especially the violence of its Japanese cartoons. Qualified by some as "japaniaiseries", these have had a lasting impact on France, the second largest consumer of manga (BD) behind Japan.

"People who criticized us, especially journalists from the connected press, had never seen the Dorothée club", pleads Jacky.

"We quickly hired psychologists" to censor passages unsuitable for young audiences, also recalls Jean-Luc Azoulay. "We wanted to entertain the children, but also cultivate them, make them discover the world" through programs shot abroad during school holidays, he defends himself, regretting "the absence of a human binder" in youth programs current.

And the producer to quote the pioneering program on ecology "Earth, attention, danger", co-hosted by Dorothée and the veterinarian Michel Klein, or "charity sequences" like "Millions of friends"...

In recent years, critics have mainly targeted moments deemed sexist or racist, such as Dorothée singing with the Guadeloupe group Zouk Machine, the face painted black, or the colonial clichés of certain clips.

Desclub scenes which "would no longer pass today" but reflect a time when "adults were not aware of their impact", according to journalist Alexandre Raveleau, author of "AB Génération".

The "Club Dorothée" and the AB empire nevertheless remain an "incredible" and "unique" stage in the history of the small screen, believes this television specialist, citing the "volume" of programs produced in 10 year.

"It was a marvelous adventure", confides Bernard Minet, former member of the group Les Musclés. "The most terrible thing was the premature disappearance of the friends", with the death of the muscular René and Framboisier, followed by Corbier and Ariane.