The closing argument of the DFL boss gives a deep insight

Such a sudden, quick, premature end gnaws at a top manager like Donata Hopfen, that's to be expected. 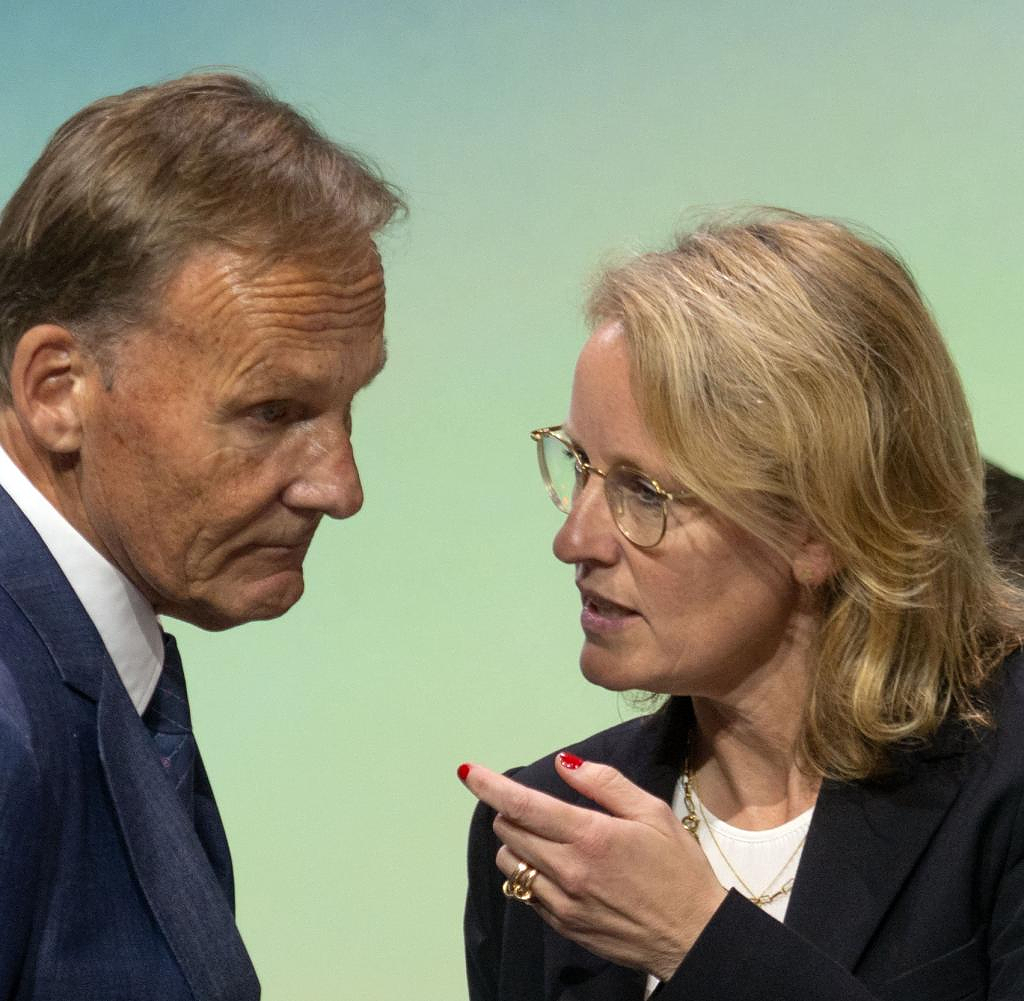 Such a sudden, quick, premature end gnaws at a top manager like Donata Hopfen, that's to be expected. Her post on LinkedIn, reportedly published by her when her fate was still being decided by the German Football League (DFL) and then deleted in the meantime, bears witness to this. And of their failure.

"The federal leagues and professional football are an important anchor for German society," she wrote, "I wish the responsible gentlemen the necessary courage and will to change, so that they can not only react to the growing challenges, but also actively shape them." ."

The gentlemen are men like Borussia Dortmund boss Hans-Joachim Watzke, who announced her departure as managing director of the league association after less than a year early on Wednesday evening. "Because of different ideas about the further strategic direction of the company," it said. Her contract was originally scheduled to run until the end of 2024.

The 46-year-old Hopfen wrote that she came into this job “like many before me, from outside, as a non-football player, as a woman with a clear plan on how the DFL can be led into the future. (...) Such a transformation is a tour de force and requires courage. You often act on new terrain, positive results usually only become apparent much later. All of this requires staying power, support and the joint action of all stakeholders. In the end I no longer felt this.”

After the first woman at the head of a large German football association, men should actually run the business of the DFL again. According to information from WELT, Oliver Leki, who is currently employed at SC Freiburg, and Axel Hellmann from Eintracht Frankfurt are now to take over the DFL management as a double head on an interim basis. It's not official yet.

Perhaps Hopfen's swipe, this pointer to the men of the Bundesliga, which may have been sent too early, also shows why it failed. Internally, you are criticized for many solo efforts and little consultation. According to insiders, there is talk of a lack of empathy in dealing with employees and interlocutors. Hops had built bridges to be able to approach people, but she is said not to have walked over them. Some of the top players in the DFL are said to have left the league association for this reason.

But hops didn't have it easy from the start either. The big footsteps of her esteemed predecessor Christian Seifert would have been difficult for anyone to fill. He was in office for 16 years and handed it over to Hopfen with the aftermath of the Corona crisis, into which she mixed the energy crisis in Germany as soon as she took office.

In August she was praised by Watzke at the DFL General Assembly. He praised her as a manager with "a lot of vigour, a lot of enthusiasm and a great deal of goal orientation". But criticism of their work was increasingly heard in the league. Bayer Leverkusen said the international media rights had been sold below their value. When a new person responsible for foreign marketing was to be named in the recent past, the league managers on the supervisory board of the responsible DFL subsidiary Bundesliga International rejected the hop candidate, according to dpa information.

In general, the sluggish digitization process and the long-running topic 50 1 were the stumbling blocks in her work. The Cartel Office is pushing for clarification. The authority does not fundamentally object to the restriction for investors that only applies in Germany, but rather to the exemption for the three Bundesliga clubs Bayer Leverkusen, 1899 Hoffenheim and VfL Wolfsburg. The problem dates back to Seifert's time, but has still not been resolved. There was no solution in sight under hops.

Another construction site is the entry of investors. The DFL is currently working to ensure that some of the media rights can be sold to investors - just as other leagues have already done. However, the project is controversial. The regional conferences announced by Hopfen in September have not yet taken place. There is a working group. A majority for this billion-dollar project is not recognizable among the 36 clubs.

Hofen had indicated some time ago that she was fighting resistance from the league. She said to the “kicker”: “My job is to design the strategic lines for the future and to offer the best possible framework conditions as the DFL. This requires the willingness of everyone to go along with changes and sometimes also to scale back their own interests a bit in the interests of the big picture.”

The apparently favored dual leadership with the 51-year-old Hellmann from Frankfurt, who was first elected to the DFL Executive Committee in August, and the 49-year-old Leki from Freiburg, who has been on the DFL Supervisory Board since 2019, would give the DFL the time needed as an interim solution Looking for a new strong leader. Hops could not fill this role.

‹ ›
Keywords:
HopfenDonataDFL (Deutsche Fußball Liga)WatzkeHansJoachimFC Bayern MünchenBorussia Dortmund
Your comment has been forwarded to the administrator for approval.×
Warning! Will constitute a criminal offense, illegal, threatening, offensive, insulting and swearing, derogatory, defamatory, vulgar, pornographic, indecent, personality rights, damaging or similar nature in the nature of all kinds of financial content, legal, criminal and administrative responsibility for the content of the sender member / members are belong.
Related News