The climate protests reveal the misanthropic core of the environmental movement

"Fridays for Future" represent an important cause: slowing down global warming. 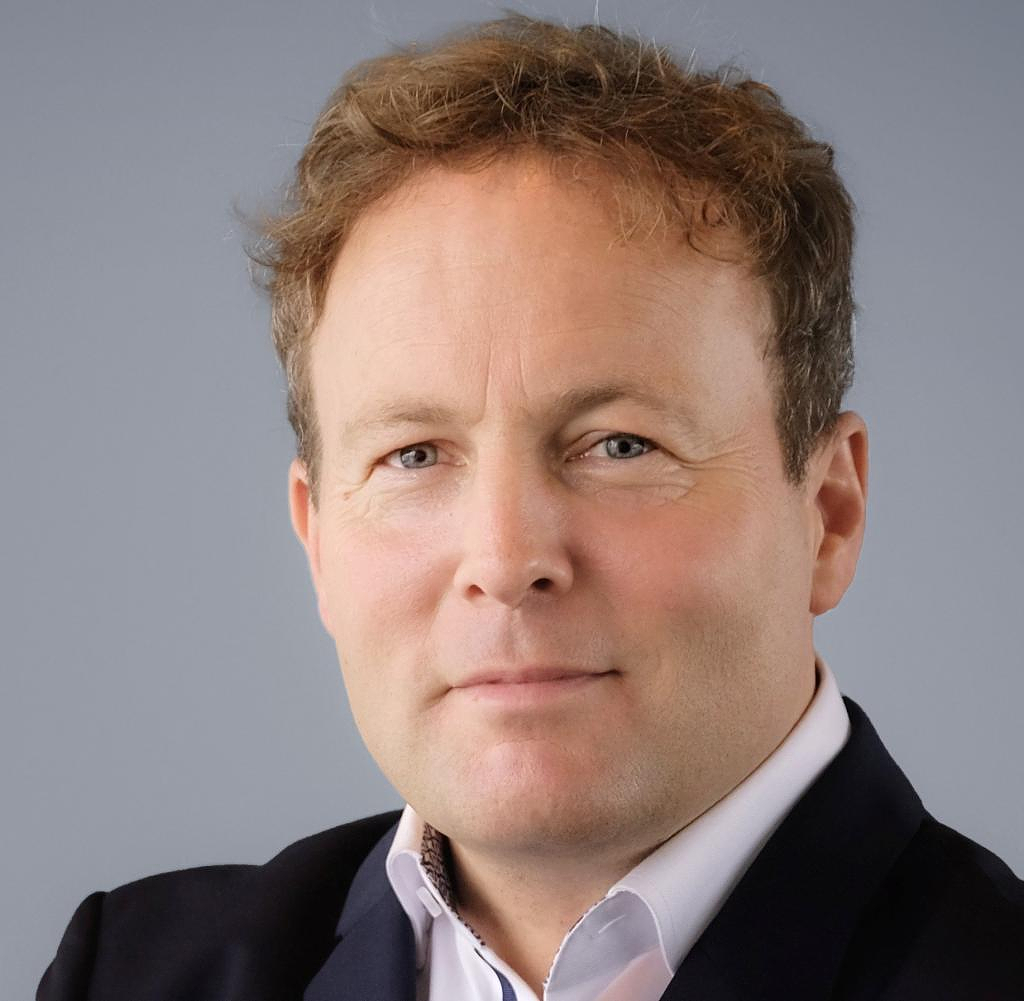 "Fridays for Future" represent an important cause: slowing down global warming. In line with climate research, the activists are pushing for curbing emissions of man-made greenhouse gases. You are right that the transition to low-carbon energy supplies is taking place too slowly to halt climate change in the short term.

Their doom and gloom, however, is not to be found in the status reports of the UN climate council. Warming is accompanied by weather risks, which humanity should avoid as far as possible. But in no climate council scenario would humanity be worse off by the end of the century.

On the contrary: the consequences of global warming are at best slowing down the predicted reduction in hunger and poverty. So far, the number of victims of weather catastrophes has fallen dramatically, and nutrition for the world's population has improved massively - despite population growth and global warming.

The climate does not determine the well-being of mankind, other factors are dominant: the availability of technical aids and fertilizers, advance warning of weather hazards or access to cheap energy. Nevertheless, the containment of climate change is rightly high on the agenda of the United Nations.

Now, however, an acute energy crisis is threatening humanity. Despite this, “Fridays for Future” is again calling for energy restrictions at demonstrations: “While the climate crisis is escalating, politicians are getting back into fossil fuels. Fridays for Future is therefore on strike worldwide,” the organization explains. The climate movement reveals its misanthropic core.

The production of fertilizer had to be scaled back significantly worldwide due to a lack of natural gas. There is a risk of massive crop losses and famine. Because of the high energy prices, Germany is facing de-industrialization. Numerous companies have minimized their production and are threatened with insolvency; Jobs are at risk, energy costs are rising dangerously.

A dilemma that is being ignored by the climate movement with its radical demands for CO2 reduction is now becoming abundantly clear: Fossil energies provide more than four fifths of the energy worldwide, they are essential for survival for the time being. Attempts to get rid of fossil fuels as quickly as possible endanger people.

Nevertheless, under pressure from the climate movement and a financially strong lobby, Western governments are continuing on their course of restricting the supply of energy and food. The European Commission has rejected a plan to help poor countries build fertilizer factories. The Netherlands, one of the main suppliers of grain, is radically restricting the use of fertilizer to protect the environment.

The conversion to organic farming had just made a significant contribution to Sri Lanka tipping over into national bankruptcy in May. The harvest was dramatically decimated after the country switched to organic farming at the behest of the climate movement. Despite protests from farmers, the federal government plans to switch to 30 percent organic farming in Germany by 2030.

The ideology has a system: "Fridays for Future" icon Greta Thunberg continues to reject nuclear power, and the federal government also wants to continue to shut down nuclear power plants in Germany, in the middle of the energy crisis.

The fight against nuclear power reveals that the climate movement is not primarily concerned with the climate: the UN Climate Council, scientists and the European Union, for example, see nuclear power plants as a suitable energy resource in the fight against climate change, because data shows that nuclear power is climate-friendly, safe and environmentally friendly, and the first countries are already building final storage facilities for the waste.

But nuclear power has one major disadvantage for the environmental movement: it solves the problems that the climate movement needs to be self-sustaining. Nuclear power plants reliably supply cities with millions of inhabitants - in contrast to wind turbines and solar panels: For the "eco-energies" huge natural areas have to be industrialized, massive scarce resources are needed, which are mainly supplied from China and manufactured there, sometimes under conditions that violate human rights.

The basic problem of the so-called renewable energies is their dependence on the weather. “Fridays for Future” wants to whitewash the problem by misleading: The lobby for renewable energies, equipped with billions in taxpayer subsidies, claims that electricity storage systems are allegedly not being built quickly enough. Energy researchers who are not part of the lobby calculate that there will not be enough electricity storage for technological reasons in the foreseeable future. But non-scientific ideology has prevailed.

Because energy poverty plays into the hands of the climate movement, because the scarcity uses a political force that gives the environmental movement its impetus: Political groups that work against the Western way of life and capitalism use the climate activists as a vehicle and the lack of energy as a basis for their goals : for "degrowth", the restriction of the economy, or a crazy "back to nature". misanthropy in the name of environmental protection.

For more than 50 years, political groups have harnessed predicted environmental apocalypses to drive a shift away from industrial society. Their predictions of catastrophic overpopulation, subsequent famine and collapsing states were always contradicted by contrary developments. But in the battle for public attention, claims of impending environmental collapse continue to win - few command more clout and attention. The staging as a climate fighter offers power-hungry and prestige addicts a place in the limelight; Criticism of them drips off as an alleged attack on reason.

Even scandalous events are therefore forgotten: The fact that Russia has successfully supported the western climate movement for years in order to force the West to turn away from its own fossil resources remains a side note. The fact that Western countries make it difficult for African countries to finance the development of vital natural gas resources is considered climate protection.

The fact that development aid organizations are suing governments for evicting settlements because of alleged climate commitments does not cause outrage. The fact that politicians blame climate change for natural disasters that actually occurred due to a lack of preparedness is considered a sensible reminder.

This zeitgeist suits corporations, they scent gigantic profits from the conversion of the energy supply. Investment firms funnel money into companies with dubious "sustainability credentials." And ultra-wealthy philanthropists who invest in renewables fund institutes, media, "fact-checkers" and science to persuade the public of the need to fight fossil fuels.

No country has spent more taxpayers' money on the energy transformation than Germany, yet wind and sun continue to provide little more than a twentieth of the energy required in this country. The German “Energiewende” relied on fossil natural gas to cover up the inadequacy of wind and sun.

The renewables lobby is now blaming a lack of expansion of renewable energies for the historic energy crisis – to the delight of China, whose share of production is greater than that of the OPEC countries in oil production.

In truth, the politically desired shortage of fossil energy produces the desired result. Climate activists had called for high prices for fossil fuels. Even before the war in Ukraine, the prices for natural gas and oil had risen dramatically. Germany, which is primarily dependent on natural gas for its energy transition, has been hit particularly hard by the price increase following the loss of Russian supplies.

African countries that want to lift billions of people out of poverty with cheap energy are nevertheless pushing ahead with the development of fossil energy resources with the help of China and India. Their hope: the artificially increased CO2 price in western countries with CO2 certificates for climate protection reasons is likely to reduce demand in the west for natural gas, oil and coal, so that the supply of fossil energies in Africa and Asia will increase and their prices will fall there in the long term. Industries from Europe could find refuge in these affordable energy regions.

But first, due to the acute lack of energy, a global crisis in the economy and food supply is looming. If Fridays for Future had the well-being of people in mind, the activists would not be protesting against energy and economic growth, but for humane action on climate change.

For example, that switching to renewables should be financially worthwhile, which requires technological innovations instead of state repression. Or for more food to grow on less land. Or for states to protect themselves better against weather risks. And for the fact that climate protection does not take precedence over human protection.

With their fight against affordable energy, the climate protectors will otherwise become “Fridays for No Future” for billions of people.

‹ ›
Keywords:
TexttospeechBojanowskiAxelFridayforfutureKlimawandelEnergiekrisenAxel BojanowskiEnergieFridays For FutureEnergiekriseEuropäische KommissionChinaNaturschutz
Your comment has been forwarded to the administrator for approval.×
Warning! Will constitute a criminal offense, illegal, threatening, offensive, insulting and swearing, derogatory, defamatory, vulgar, pornographic, indecent, personality rights, damaging or similar nature in the nature of all kinds of financial content, legal, criminal and administrative responsibility for the content of the sender member / members are belong.
Related News