The city's flags are delivered to extol and strengthen its identity

City Day was founded to increase self-esteem and explore the municipal hallmarks. 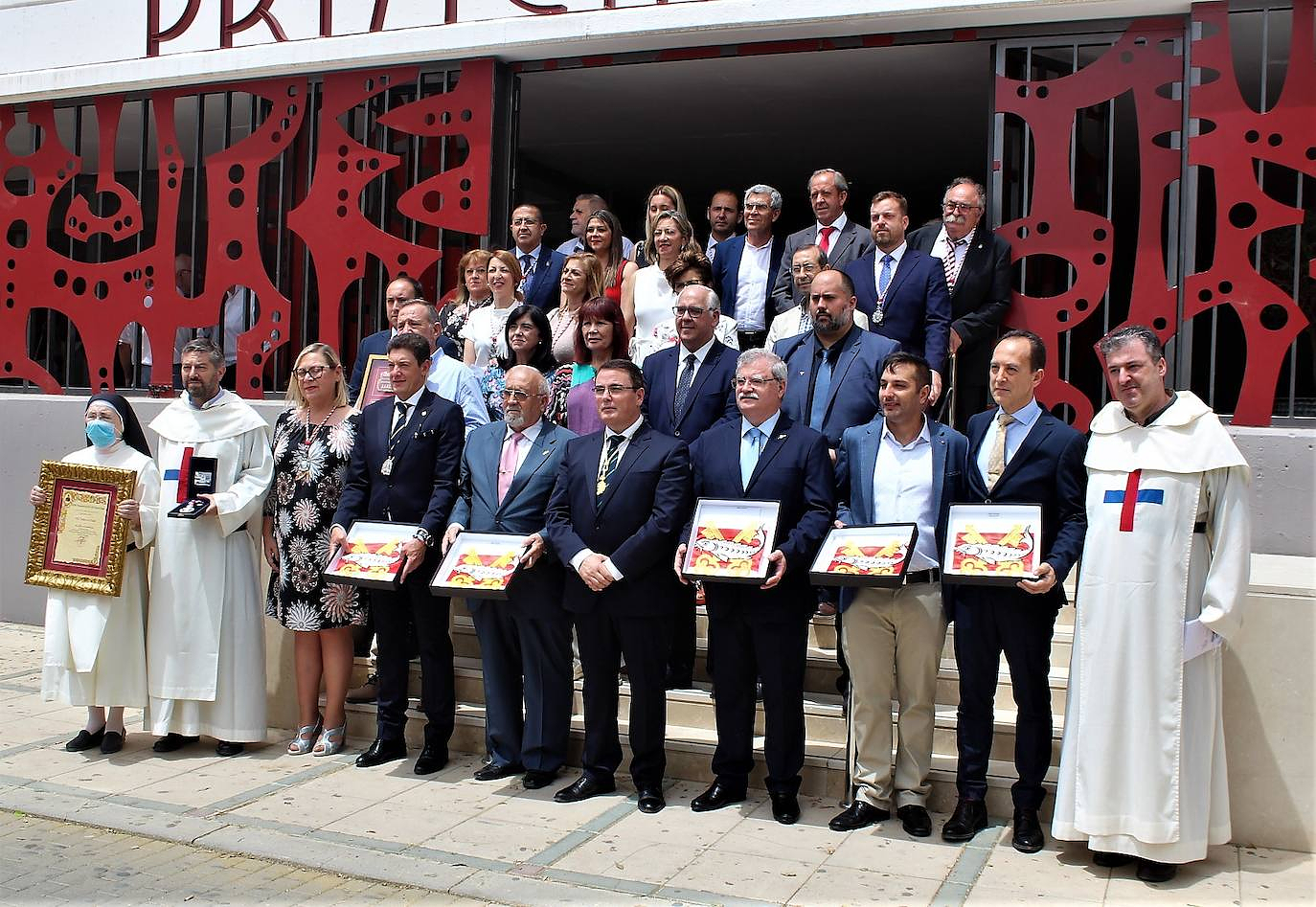 City Day was founded to increase self-esteem and explore the municipal hallmarks. It was held at Teatro Principal today in an act of gratitude for institutions and entities that have helped Andujar intramuros. This year, the recognition was extended to retired municipal workers. These were Jose Gutierrez Menor and Fernando Gea Lopez.

Since 2017, Andujar Day is celebrated. The plenary session at the Municipal Corporation unanimously approved the celebration to commemorate the May 22nd 1446 anniversary when King Juan II gave the city of Andujar the title City. The recognitions are linked to the worlds of popular religiosity, devotions, and the environment that are engraved in the heart and history, as well as the world of technological innovation and education that are placing Andujar on the international map. Eva Maria Fernandez hosted the gala with a promotional video about the city's benefits.

The Councilor for Presidency and Human Resources. Josefa Jurado reminded the audience that the posthumous awards and the appointment of Blessed Marcos Criado to the position of Favorite Son were approved by the Municipal Corporation in an extraordinary plenary session on May 12. A large portion of flag delivery in Andujar has been dominated by the intense irradiation carried out by the brotherhoods. It was given to the Association of Brotherhoods and Brotherhoods of the Archpriesthood of Andujar for its role in ensuring the development of Holy Week and coordination with the brotherhoods of Passion and Glory of the City. Alfonso Soto, president of the corporation, stated that many people have passed through it. He cited all the presidents from brotherhood groups who "have kept the faith, the public demonstrations and the good relationship between brotherhoods and the ecclesial Communion", he added.

The Virgen de la Cabeza, the one who maintains the closest and most personal connections with the city is the one that combines universality with universality. Since the 13th century, the Mother Brotherhood has watched over her worship. Manuel Vazquez, president, explained how different papal bulls named her patron Saint of the city and Diocese of Jaen, and that "this flag from Andujar will occupy prominent place in our Headquarters." Vazquez expressed his wish that the colors be flown by the banderistas in Andujar "because of the indissoluble symbiosis the Virgen de la Cabeza maintains"

San Eufrasio is also the patron of the city, the diocese, and the perpetual mayor of Andujar. The city flag was also given to his brotherhood, who has worked since the mid-1990s in strengthening his worship in the municipality. Salvador Paulano, its president, reminded older brothers that "among them and members of the Brotherhood, they have planted their seed in name of the city with the values simplicity and humility, taking into consideration the precepts charity and evangelization., highlighted Paulano.

Lince, an ecological vehicle from IES Jandula has gained respect and admiration for its efficient and environmentally-friendly driving, as well as the outstanding records it has set in participating in the Shell-Eco Marathon. Manuel Barbero (Professor of Technology at IES Jandula) was the Lince's inspiration. He cited the feat of driving a liter of gasoline to the distance between Madrid, Spain, and Barcelona.

Ameco, an environmental association, is carrying out its work to conserve the river and mountains as well as spreading the environmental values of the city via European countries. Emilio Rodriguez, its president, demanded that the natural environment be protected and preserve the conservationist values it holds.

Antonio Aurelio Fernandez was the general councilor of the Order of the Holy Trinity. He longed for a miracle to be performed by Blessed Marcos Criado who was martyred in the Alpujarra of Granada. In Andujar, his native city, the Trinitarian Ord is rooted in the social, religious and educational life. This year marks the fifth anniversary of his birth.

Pedro Luis Rodriguez, the mayor of the City, closed the chapter on interventions in the act of delivery. He stated that the flags given, "serve to the city with pride." The culmination was reached by the Municipal School of Music Vera-Mefre's interpretation of Andujar's hymn.

‹ ›
Keywords:
EntregaBanderasCiudadEnsalzanProfundizanIdentidad
Your comment has been forwarded to the administrator for approval.×
Warning! Will constitute a criminal offense, illegal, threatening, offensive, insulting and swearing, derogatory, defamatory, vulgar, pornographic, indecent, personality rights, damaging or similar nature in the nature of all kinds of financial content, legal, criminal and administrative responsibility for the content of the sender member / members are belong.
Related News