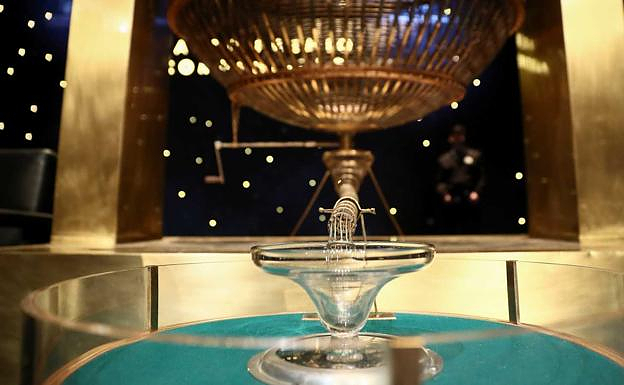 "Wire", "cup", "lyre", 'umbrella", 'table", 'hopper" and?trumpet 2020 are all words that have been incorporated into our vocabulary. The Royal Spanish Academy (RAE) has incorporated them along with their new meanings into the updated dictionary of Spanish language.

These words all have the lotero meaning, which can be found in an academic dictionary. Additionally, terms like 'chapel" and 'postero/ra, which are linked to the National Lottery for over two centuries, have their own place in the Dictionary of the Spanish language.

These meanings indicate whether the word is used in lotteries in "some countries", or in Spanish lottery. The 'chapel' is a final model of a 10th in which a draw numbers has not yet been printed. However, the table' is an exhibitor in which the balls of winning numbers and the prizes associated with them are displayed. The only article addition was that of "postero" or "postera", which refers the "person in charge of a lottery stand."

The dictionary contains approximately 1,500 words about the game, and 70 words that have a mark specific to the Lottery. The word everyone wants to use on December 22nd is Gordo. This is the name of the first prize in the Extraordinary draw of 2020 Christmas Lottery 2020. It distributes four million Euros per series (400,000 euros for the tenth).

There are many other words in our vocabulary that can be used to refer to lottery terms. These include 'tenth' which is the tenth of a ticket and costs 20 euros. 'Participation' is when the tenths of the ticket are divided into shares. 'Pedrea' is the minor prize of the Christmas Lottery but is also the most popular. They consist of 1,000 Euros distributed among the 10 tenths. A common word is "reimbursement", which means that winners are reimbursed for what they played, provided their tickets have the same ending as the Gordo.

The Christmas Lottery will distribute 2,408 millions euros in prizes this year. There are 172 series with 100,000 numbers each. This issue has a total value of 3,440 million euro. 70% of this amount is distributed as prizes.

wire. ... [Additional meaning]. m. 2a. Once the drum is removed, each wire on which the balls of winning numbers and the corresponding prizes are strung in the lottery of certain countries has been taken from the drum.

lira. ... [Additional meaning]. F. 3a. A device that is made up of ten rods of metal. The balls are then sorted and checked before being placed into the drum.

umbrella. ... [Additional meaning]. m. 2a. A circular structure that houses the liras containing all the numbers in play, used in the lottery of certain countries.

hopper. [Article amendment]. F. 1. Container or tank that is open at the bottom. Usually, it's a pyramid-shaped cone or inverted pyramid. This is used to dose the passage of things such as grains, coins or fertilizers. || 2. A transparent funnel-shaped container that is transparent was used in the lottery of certain countries to pass the balls with numbers from the drum to the lira.

trumpet. ... [Additional meaning]. F. 2a. F. 2a. In some countries, funnel is a channel through which the balls slide between the drum and the cup.

‹ ›
Keywords:
PalabrasJueganLoteriaNavidad
Your comment has been forwarded to the administrator for approval.×
Warning! Will constitute a criminal offense, illegal, threatening, offensive, insulting and swearing, derogatory, defamatory, vulgar, pornographic, indecent, personality rights, damaging or similar nature in the nature of all kinds of financial content, legal, criminal and administrative responsibility for the content of the sender member / members are belong.
Related News