The change of boss came overnight. 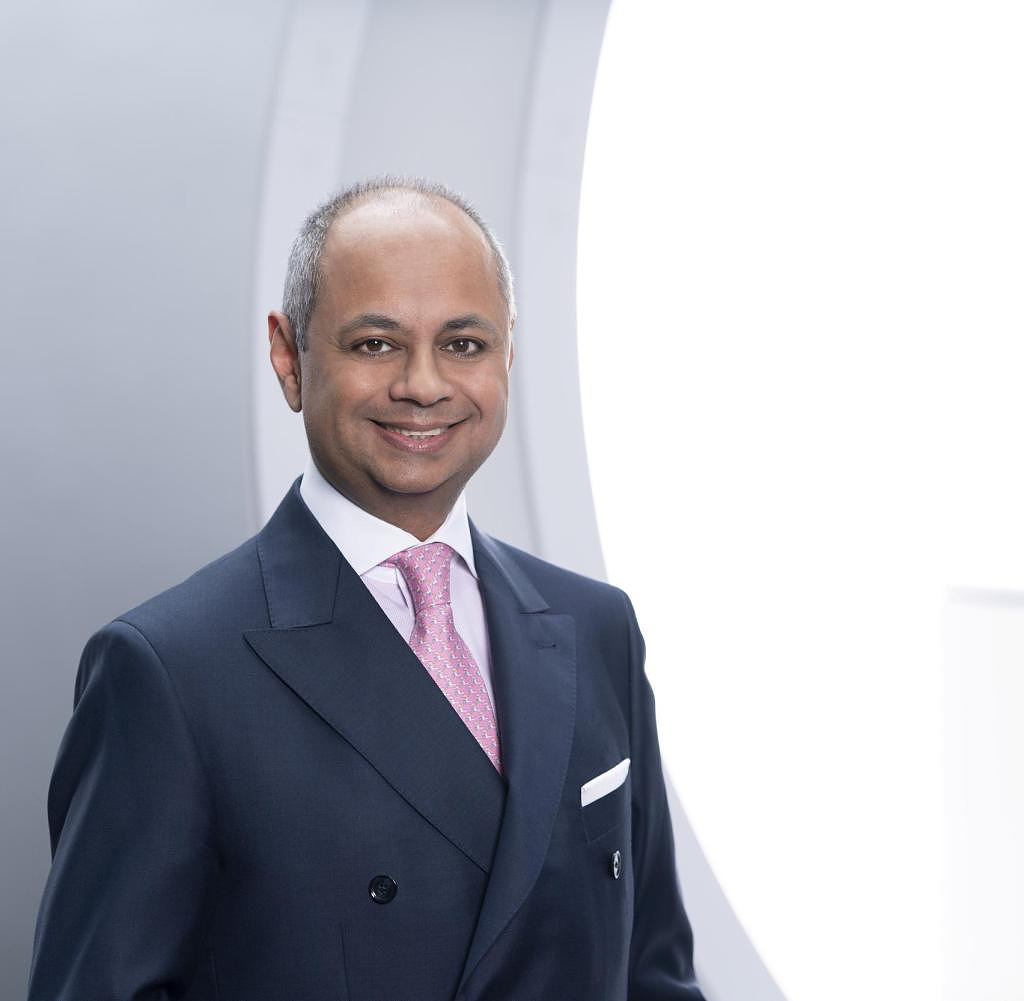 The change of boss came overnight. On March 19, 2020, Siemens announced the immediate separation from its board of directors, which was supposed to list the energy division of the Munich technology group on the stock exchange. The name of the sacked top manager: Michael Sen.

On Friday evening, the healthcare group Fresenius surprised with a similarly unexpected message after the stock market closed. Longtime boss Stephan Sturm will leave his position at the end of September. The successor of the hapless corporate leader: Michael Sen.

The change in leadership at the largest operator of private clinics in Europe and one of the largest pharmaceutical and healthcare service providers in the country had been apparent for some time. Under the storm, the group's share price had more than halved since 2017. Sturm had to announce profit warnings several times in the past three years. Above all, the dialysis subsidiary Fresenius Medical Care (FMC) became a burden. At the end of July, after another profit warning from FMC, Sturm cut Fresenius' previous annual targets again - that was probably the last straw and led to Sturm's dismissal.

What surprises observers, however, is the early timing of the changing of the guard at the top of the group. It was assumed that Sen had a good chance of succeeding Sturm. “Michael Sen was the chosen heir to the throne. It was really just a matter of timing,” says Sébastien Buch, fund manager at Union Investment. At least Michael Sen himself should not be caught unprepared for the appointment to the top post. The ambition of the 53-year-old business graduate is considered enormous, he has already strived for the CEO position in other companies.

As CFO of the Essen energy group E.on, he was responsible for the IPO of the subsidiary Uniper. At Siemens, he very successfully brought the medical device manufacturer Healthineers public. However, Sen was denied the step to the top in both groups. After the completely surprising dismissal from his Siemens post, it was initially quiet about the manager. In 2021 he moved to the Management Board of Fresenius and took over the management of the Kabi division, a medical device provider. Sen carried out overdue structuring, for example by centralizing purchasing.

Now the son of Indian immigrants, who worked his way up from an industrial clerk to the board of directors at Siemens, is facing what is probably the greatest challenge of his professional life to date. The fate of the 300,000 employees worldwide of the group, which is active in more than 100 countries and generates annual sales of around 37 billion euros, also depends on whether Sen can stabilize the battered group and give shareholders new hope. At the same time, the well-being of hundreds of thousands of patients also depends on Sen's skill. Because with the operation of around 90 hospitals in Germany, the Fresenius subsidiary Helios is the largest private chain of clinics in the republic.

How strong Sens' ambitions for the top post at Fresenius were has already become clear in the past few months. For example at a summer party in the courtyard of the company headquarters in Bad Homburg at the end of July. There, participants could watch how the managers Sturm and Sen sneaked around each other. Instead of talking much to each other, they seemed to stalk each other. Aside from the competitive behavior among managers, Sen scored internally with his focus on solving structural problems - and the clear communication of his measures. "Michael Sen has the rare but immensely important ability for companies to transfer confidence to employees and to provide security even in difficult times," says Harald Smolak, partner at the management consultancy Atreus. The manager's exceptional talent for rhetoric, with a penchant for extravagant tailor-made suits, often combined with colorful socks or silk scarves, was already evident at Siemens Energy. There he managed the feat that, despite all the austerity programs, even the works councils recognized him as the right man at the top.

The fact that Sen resigned from Siemens before the energy division went public was mainly due to its then CEO Joe Kaeser. The differences between the two managers about the separation modalities of the division ultimately led to the break. The dispute also illustrates how hard it can be in boardrooms. Without Sens' knowledge, Kaeser hired the manager Christian Bruch from the industrial gases group Linde and installed him almost overnight as Sens' successor.

Now it is Sen who benefits from the night-and-fog action in a Dax group. But Sen now has to prove that he can cope with the pressure of the CEO post. This is not an easy task, especially at Fresenius. “There is considerable work to be done in all of the Group's divisions. Mr. Sen has a lot of homework ahead of him," says fund manager Buch.

Fresenius' previous strategy will have to be radically changed by Sen. Because Fresenius' former successful model of buying high-growth companies on credit and, thanks to increasing earnings, always generating scope for further purchases stuttered a long time ago. The outbreak of the pandemic has exacerbated the situation. Since then, the group has had to consolidate and pay off the mountain of debt on its own. Sturm tried to counteract this with cost-cutting programs and examined the sale of individual divisions. But he was not able to completely convince either the stock exchange or his own supervisory board.

The annual report makes it clear that the group needs new impetus, for example for the Helios clinic division. "The earnings situation of hospitals could deteriorate further, since the Covid-19-related support measures are expected to be largely eliminated in 2022 and the fundamental challenges in the German hospital market will remain unchanged," it says.

It will be interesting to see what stock market story Sen finds for the group's problems. In any case, observers trust him to be able to get Sen under control. "Sen has proven that he can pursue long-term goals with precision and patience," says fund manager Buch. In any case, Sen has already shown this on the basis of his own person: “It took years for Sen to achieve his goal and become CEO. But he made it.”

‹ ›
Keywords:
EttelAnjaMachoAndreasSiemensFreseniusSturmStephanSenMichaelMichael SenUnion InvestmentStephan SturmFMCJoe KaeserSmartphone
Your comment has been forwarded to the administrator for approval.×
Warning! Will constitute a criminal offense, illegal, threatening, offensive, insulting and swearing, derogatory, defamatory, vulgar, pornographic, indecent, personality rights, damaging or similar nature in the nature of all kinds of financial content, legal, criminal and administrative responsibility for the content of the sender member / members are belong.
Related News