The child killer died from a shot in the neck 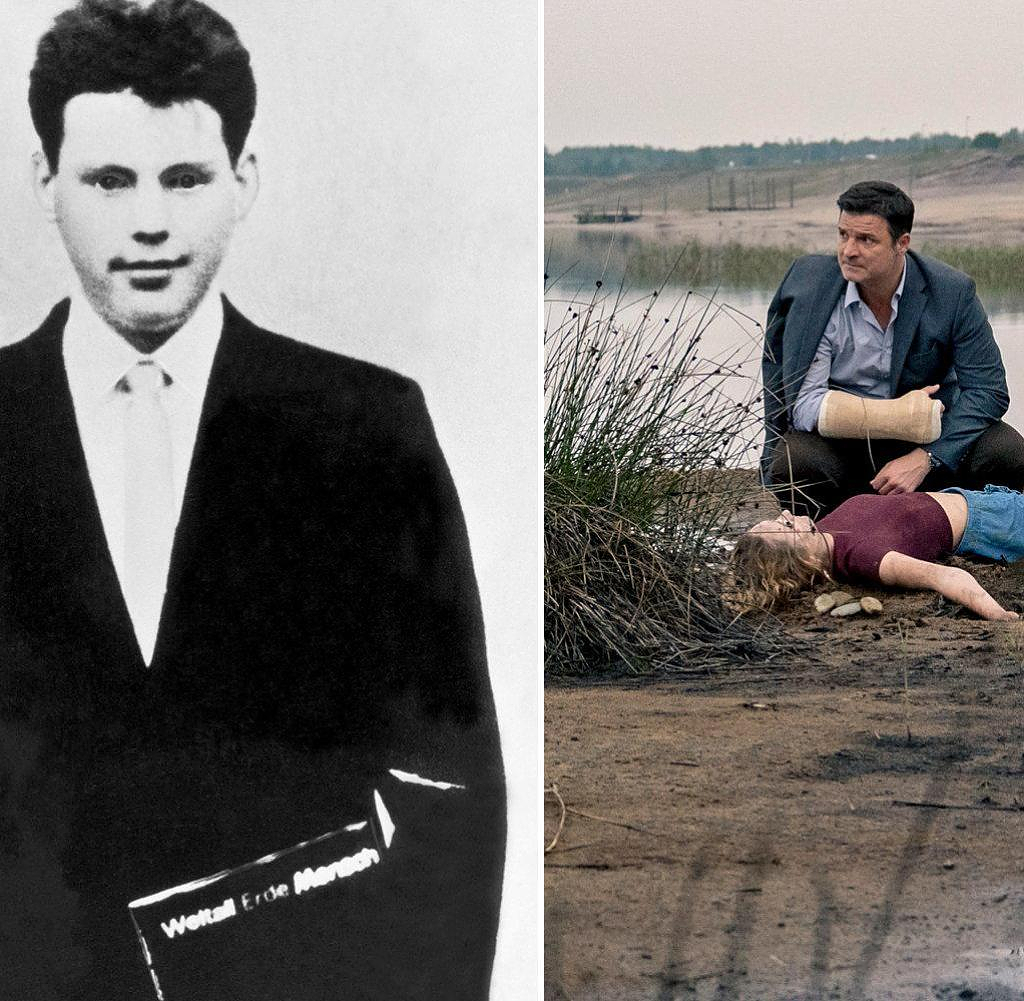 The most objective term for Erwin Hagedorn (1952-1972) was "child murderer". Many newspapers called him "beast" or "butcher". Within a few years he had abused and killed three elementary school students in Eberswalde, Brandenburg. His motive: sadism and pedophilia.

The case stands out among the serial murders in GDR times. Not only because of the particular brutality, but because the investigators used unusual methods: the People's Police and State Security publicly searched for the murderer, with posters and newspaper appeals. In addition, for the first time in East German criminal history, a perpetrator profile was created, a so-called profiling.

With success: The 19-year-old Hagedorn was caught - and sentenced to death under East German law, which did not provide for any reduced sentences for adolescents. In 1972, an executioner shot him in the central execution site in Leipzig with an "unexpected" shot in the neck.

With the six-part crime series "Lauchhammer - Tod in der Lausitz" and an accompanying documentary, the German-French cultural broadcaster Arte is dedicated to serial murders committed at various levels in the GDR in September. It becomes clear that the manhunts in the socialist workers' and farmers' state usually proceeded fundamentally differently than in the Hagedorn case. Because in the Marxist-Leninist worldview there was actually no place for abnormal human behavior.

Unlike capitalism, which builds entirely on the individual, in socialism people are seen as a product of the state. Ergo, the state has failed when people go astray. “Lauchhammer” gives an impression of what this way of thinking led to. The acting duo Mišel Matičević and Odine Johne investigate a mysterious murder of a girl in the former Lusatia lignite mining area - and come across other unsolved crimes.

"The crime story is invented. But it's not the circumstances," emphasizes Frauke Hunfeld, who wrote the script together with Silke Zertz. "Certain types of criminal cases were not publicly discussed in the GDR for ideological reasons and were not investigated by normal homicide commissions. After reunification, many files were lost. Many convicts were rehabilitated, not always rightly so.”

The accompanying documentary "Mord, Mord, Sozialismus" also shows how difficult it was for the socialist authorities to deal with the phenomenon of serial murder. The "strangler of Plauen" and the "vampire", who murdered in Polish Upper Silesia, serve as examples. “The state apparatus in the east kept such cases under wraps as well and as long as possible so as not to cause trouble. Information was only provided when it was no longer possible,” says Magdalena Gwóźdź-Pallokat. The German-Polish journalist and film author, who leads through the Arte documentary, came across a frightening connection in the course of her research: her grandfather was briefly considered a suspect in the case of the "Vampire" serial murders - luckily wrongly.

Hans Thiers provides an overview of how the East German investigative practice went in detail in the non-fiction book "Serienmörder der DDR" (2018), with the former officer emphasizing the high clear-up rate and other successes. "The socialist criminology of the GDR did not speak of mass murderers or serial killers, but described this type of crime as focal points," writes Thiers. "Sensational press releases or even the mentioning of perpetrator knowledge by police officers or public prosecutors were alien to the authorities." In his book, he describes a dozen cases of serial murder committed in East Germany, including that of Erwin Hagedorn.

"Serial killers live beyond the social order in our midst. They are our neighbors,” says Thiers. He criticizes the "caricature" that the media and films such as "The Silence of the Lambs" (1991) have established of serial killers. In fact, not every perpetrator is highly intelligent like the cannibal Hannibal Lecter embodied by Anthony Hopkins. However, this does not change the real horror triggered by multiple murderers like Erwin Hagedorn.

‹ ›
Keywords:
TexttospeechHinrichtungenDeutsche Demokratische RepublikSerienmordHagedornErwinEberswaldeLausitzLauchhammerKrimiMordDDRArteFacebookErwin Hagedorn
Your comment has been forwarded to the administrator for approval.×
Warning! Will constitute a criminal offense, illegal, threatening, offensive, insulting and swearing, derogatory, defamatory, vulgar, pornographic, indecent, personality rights, damaging or similar nature in the nature of all kinds of financial content, legal, criminal and administrative responsibility for the content of the sender member / members are belong.
Related News