After two rather quiet New Year's Eves, the police and fire brigade in Hamburg are expecting a loud turn of the year. 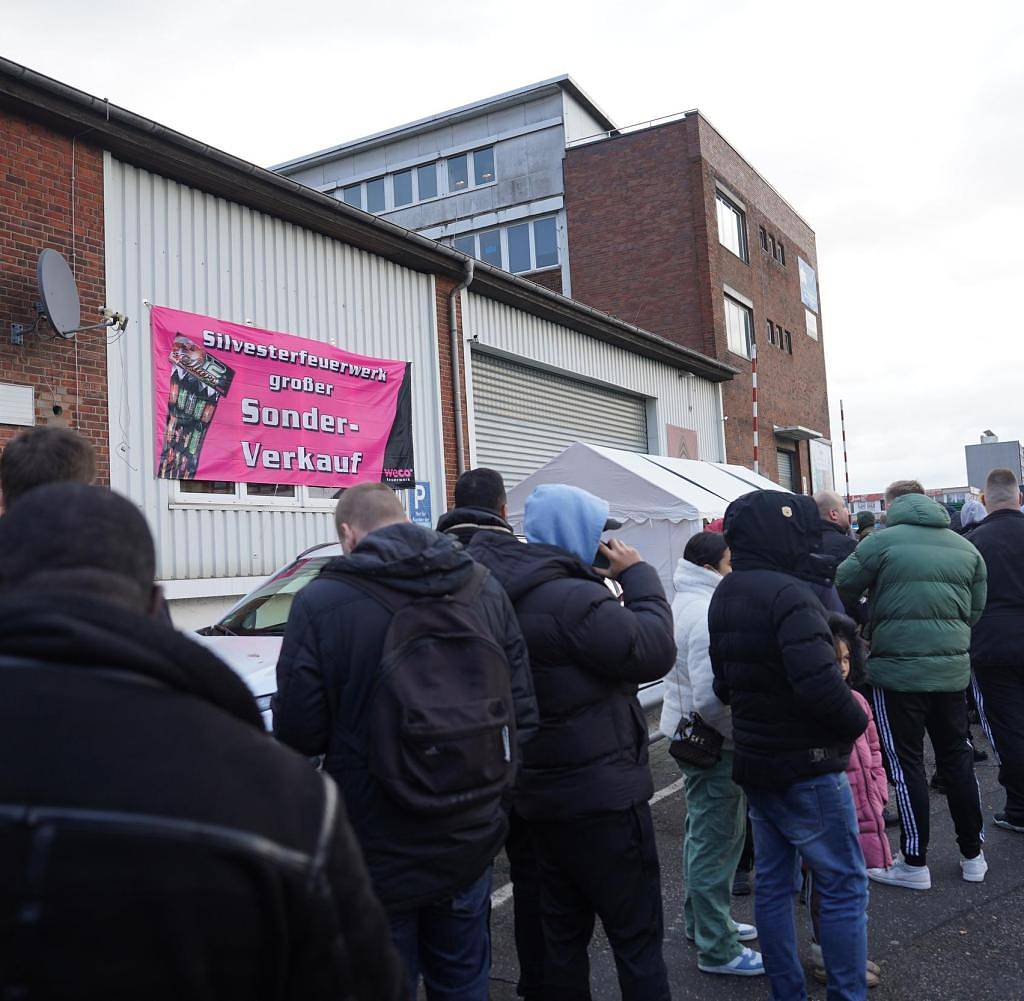 After two rather quiet New Year's Eves, the police and fire brigade in Hamburg are expecting a loud turn of the year. "We expect a high volume of operations," said the chief of the Hamburg fire department, Christian Schwarz.

The sale and lighting of fireworks in Germany were banned in the previous two years so as not to further burden hospitals during the pandemic. Since the start of sales of firecrackers and rockets on Thursday, the police have already had some operations for harassment and disturbance of the peace, said a spokesman. Initially there were no injuries.

The weather on the first New Year's Eve without corona restrictions in three years is likely to be mild but stormy. The German Weather Service (DWD) expects temperatures of up to 14 degrees, lots of rain and strong winds. Around midnight, however, at least the precipitation should decrease.

Meanwhile, in December, Hamburg customs seized more than 3,690 fireworks that had been sent in postal packages and that are not allowed to be used in Germany. The firecrackers had a total weight of about 45 kilograms, as announced by customs in Hamburg on Friday.

Fire brigade bodies without a CE marking may not be imported into Germany, this is a violation of the Explosives Act. The buyers are now threatened with criminal proceedings, said a customs spokeswoman. The use of non-compliant rockets and firecrackers can also have dire consequences for health and life, she said, and therefore warned urgently: "So stay away from unauthorized fireworks!"

The federal police were also active. During the control of a 20-year-old in the Flensburg train station, she secured illegally acquired firecrackers. On Thursday, officials found around 80 firecrackers from the Czech Republic in the man's luggage, which are banned in Germany, as the federal police announced on Friday. According to the information, you must be at least 21 years old and have specialist knowledge of handling these explosives in order to acquire them.

The federal police officers also discovered a blank pistol and 180 rounds of ammunition. The man from Hamburg was able to present a small gun license for this, but the officials had doubts about his suitability after he had already purchased illegal pyrotechnics. The confiscation of the gun and the gun license were ordered. The firecrackers were also secured. The man is now facing criminal proceedings for violating the Explosives Act.

‹ ›
Keywords:
SilvesterHamburgLauterbachJörnFeuerwerkChristian SchwarzBillstraßeTschechienPolizeiFeuerwehrKrimi
Your comment has been forwarded to the administrator for approval.×
Warning! Will constitute a criminal offense, illegal, threatening, offensive, insulting and swearing, derogatory, defamatory, vulgar, pornographic, indecent, personality rights, damaging or similar nature in the nature of all kinds of financial content, legal, criminal and administrative responsibility for the content of the sender member / members are belong.
Related News