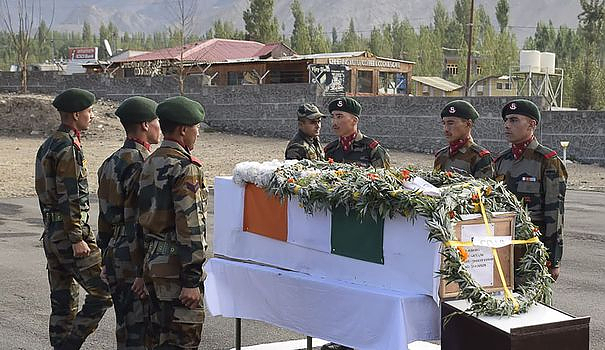 According to the army, Private Shekhar had been deployed as part of Operation Meghdoot (Messenger Cloud) in 1984, when India and Pakistan began to fight for control of the Siachen Glacier, in the Himalayan region of Ladakh.

Siachen, which culminates at more than 5,400 m in altitude and where temperatures can drop to -50° Celsius, is one of the toughest military deployment areas in the world.

The soldier's funeral will be celebrated with military honors in the northern state of Uttarakhand, where his family lives.

According to his daughter, who was four years old when he disappeared, the return of his remains will allow his family to finally turn the page.

"He is long gone (...) Dad has come back, but I wish he was alive," she said, quoted by the daily Hindustan Times.

According to local press, Mr. Shekhar died after being caught in an avalanche while patrolling with a group of 20 soldiers.

Fifteen bodies had been recovered at the time, and he was one of five soldiers who have since gone missing.

Several decades after the first battle for control of Siachen, India and Pakistan maintain a military presence in this extremely isolated region.