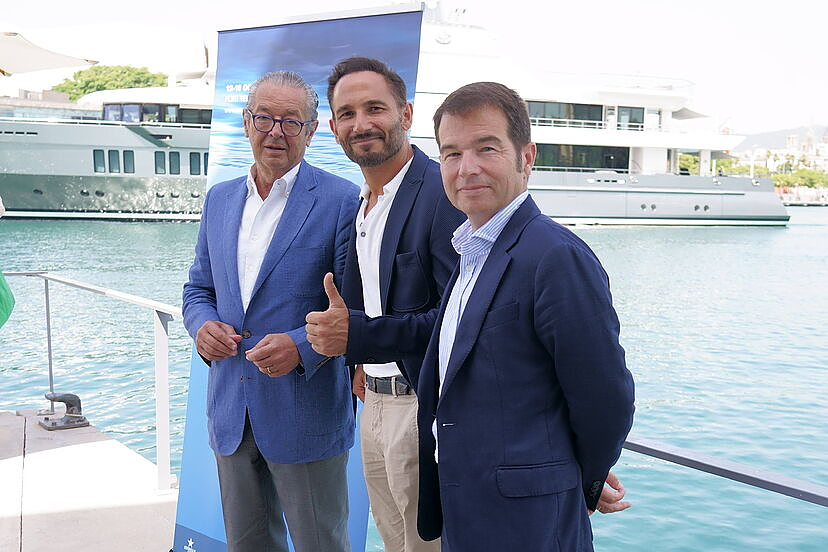 The Barcelona International Boat Show returns to the Catalan capital between October 12 and 16 with the largest floating exhibition in recent years. For the first time, the event will occupy three docks on the Barcelona seafront: on the one hand, the traditional ones of Spain and La Fusta, to which Marina Port Vell will be added. All this will allow the presence of 200 exhibiting firms and 700 boats, of which 200 will be in the water.

The La Fusta dock will host the Innovation Dock, an exhibition space that will display the most disruptive innovations developed in recent years by national and international nautical start-ups. One of its pontoons will have berths for two prototypes of sustainable boats, one hydrogen and the other electric, while the rest of the area will be dedicated to sailing yachts and the Sea Boulevard, an area for equipment, accessories and nautical services. The docks of Spain and Marina Port Vell, meanwhile, will have motor yachts and catamarans as protagonists.

The fair will celebrate its sixtieth edition in a complex context due to the economic situation. In the first semester, boat registrations in Spain have fallen by 15% compared to the same period in 2021, with 3,552, according to the National Association of Nautical Companies (Anen), an entity that collaborates with Fira de Barcelona in the organization of the living room.

All segments have been affected except those over 16 meters in length, which have grown by 7.5%. Vessels of up to six meters have been the most affected, with a decrease of 19.2%. The jet ski market has fallen by 38.7% after the large collection made in 2021 by rental companies, which are the ones that buy this type of vehicle the most.

Luis Conde, president of the Boat Show, explains that during the pandemic the sector experienced a boom that was consolidated last year, when "everything was sold". However, supply problems have meant that deliveries have been delayed to 2023, which has ended up affecting registrations.

"Demand is at 2019 levels and supply has promising expectations," Conde underlines about the growth of the event this year.

"The Boat Show is committed to reaching new audiences throughout Spain and we trust that it will be a lever that will help close the year 2022, a year that is being impacted by the uncertainty of the markets, runaway inflation and the supply crisis that affects the delivery of vessels", says, for his part, Carlos Sanlorenzo, secretary general of Anen.

However, Luis Conde ventures a summer of "everything full" with a good behavior of the charter market.