"The behavior of the HSV officials really pisses me off"

Club President Rüdiger Fritsch from Darmstadt 98 clearly criticized the "officials" of Hamburger SV after the exciting game in the 2nd Bundesliga on Friday. 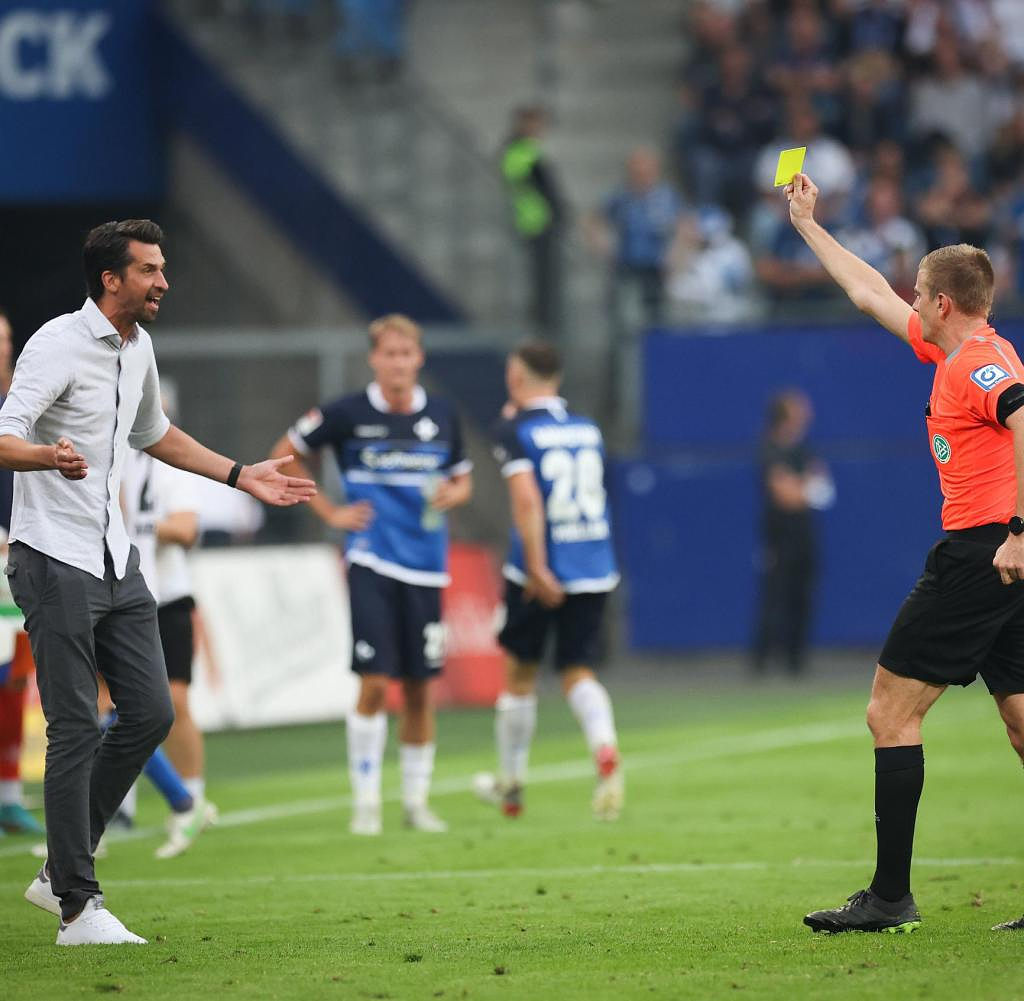 Club President Rüdiger Fritsch from Darmstadt 98 clearly criticized the "officials" of Hamburger SV after the exciting game in the 2nd Bundesliga on Friday. "The behavior of the HSV officials during and after the game got on my nerves," said the 61-year-old from the "Bild" newspaper. "Losing decently in sport definitely looks different."

Promotion favorite Hamburg suffered their second home defeat with a 1:2 (0:2) against Darmstadt. There were four sending-offs in the game, three for HSV: Aaron Opoku was sent off just eight minutes after coming on for a kick against Fabian Holland (64th), goalscorer Ransford Königsdörffer (89th) saw red for an assault. And the protesting HSV sports director Jonas Boldt also had to go to the stands after being sent off.

"I haven't heard a real apology. Insanity! Instead, secondary theaters of war are opened by turning on the referee,” said Fritsch, without specifically explaining what had bothered him so much. HSV professional Jonas Meffert had criticized the behavior of referee Robert Schröder ("an absolute cheek"), who then defended himself against the criticism.

"I would like to make it very clear that we didn't lose the game because of the referee," said HSV defender Jonas Meffert when the waves of indignation had subsided. The midfielder had previously complained about the referee. “The way he talked to us is not at all. It was below the belt," he said.

Robert Schröder's management was actually not sovereign. However, that was not an excuse for freaks out in both Hamburg and Darmstadt, who lost Klaus Gjasula through yellow-red.

‹ ›
Keywords:
HamburgHSVSportHamburger SVSV Darmstadt 98FußballLauterbachJörnClubpräsidentVolksparkstadionBildZeitungBundesligaFußballBundesligaHSVRobert SchröderFussballHamburger SV Darmstadt 98
Your comment has been forwarded to the administrator for approval.×
Warning! Will constitute a criminal offense, illegal, threatening, offensive, insulting and swearing, derogatory, defamatory, vulgar, pornographic, indecent, personality rights, damaging or similar nature in the nature of all kinds of financial content, legal, criminal and administrative responsibility for the content of the sender member / members are belong.
Related News