Bigger changing rooms, new goals and more screens: The Allianz Arena has been under construction since June to create a football stage for the Tampa Bay Buccaneers and Seattle Seahawks from FC Bayern Munich's home ground. 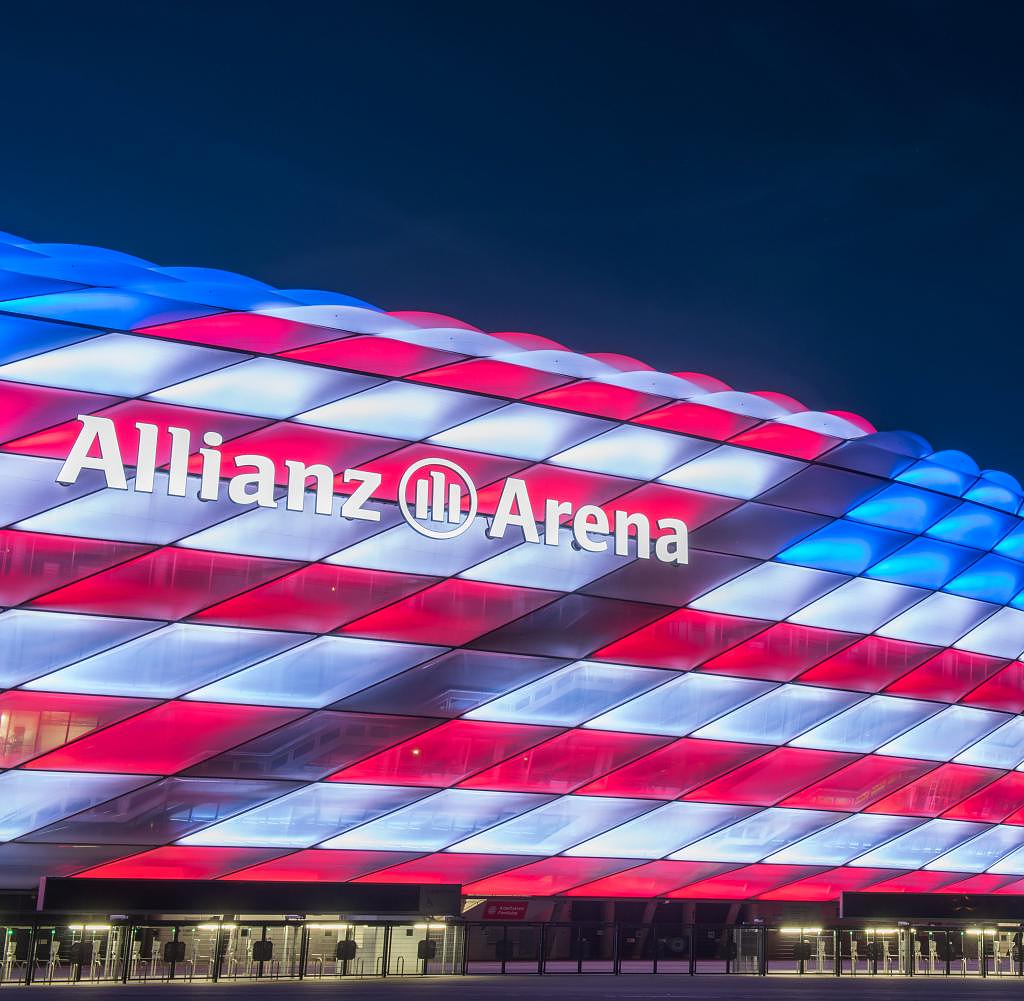 Bigger changing rooms, new goals and more screens: The Allianz Arena has been under construction since June to create a football stage for the Tampa Bay Buccaneers and Seattle Seahawks from FC Bayern Munich's home ground. The first NFL main round game in Germany will take place on Sunday in front of around 67,000 fans.

"The most important activity was pouring concrete in the summer and extending Bayern's field," said Germany's NFL boss, Alexander Steinforth. The NFL is usually played on a grass field that is around 110 meters long (including the end zones) and 50 meters wide. For comparison: a soccer field in the Bundesliga is 105 meters long and 68 meters wide. Since the run-off zones are relatively short, baffles in front of the fences should protect the players.

The team areas also had to be enlarged, and the substitute benches lengthened. Instead of a football squad of around 20 players, around 65 team members have to be taken care of on Sunday. There were further adjustments in the dressing rooms. “We removed walls and installed new showers. That way we can make sure we have room for everyone," Steinforth said.

“The cabins are now designed for 56 team members. We're lucky that we normally have four changing rooms - from the time when TSV Munich from 1860 still played here," said Jürgen Muth, Managing Director of the Allianz Arena. So that the stars do not have to wait in line to shower, eight temporary showers were installed in each cabin in addition to the twelve existing ones.

In the goal areas, holes about one and a half meters deep were drilled for the field goals. At the same time, the frame for the soccer goals, which had been concreted in before, was replaced in order to be able to switch more easily between the two goal variants in the future. The next NFL game is scheduled to take place in the Munich Arena in 2024. The goal posts were installed directly in the morning after Bayern's 6-1 win against Werder Bremen.

The stadium must be completely neutralized by Sunday. "All advertising space will be replaced and of course the lawn will have to be painted," said Steinforth. Neither the NFL nor the Allianz Arena provided information on the total costs for the conversion work.

The league also has special requirements in terms of technical equipment. Six additional camera platforms were installed for the transmission and many small LED screens were attached. "It was a hell of a ride! We prepare for a European Championship for three years. We have now had nine months since the final signing of the contract in February. You can see the highly professional cooperation with the NFL," said Muth.

The NFL game is the first non-football event in the arena. A special permit from the city of Munich makes this possible, because the long-term lease agreement actually stipulates that only football games may take place in the arena for 90 years. When the spectacle is over, the arena will get a new lawn so that the women of FC Bayern will have a perfect pitch again in the Champions League on December 7th against FC Barcelona.