The Assembly begins the examination of a contentious anti-squats bill

Carried by the groups of the presidential majority Renaissance and Horizons, the text proposes to triple the penalties incurred by the squatters up to 3 years in prison and a fine of 45,000 euros. 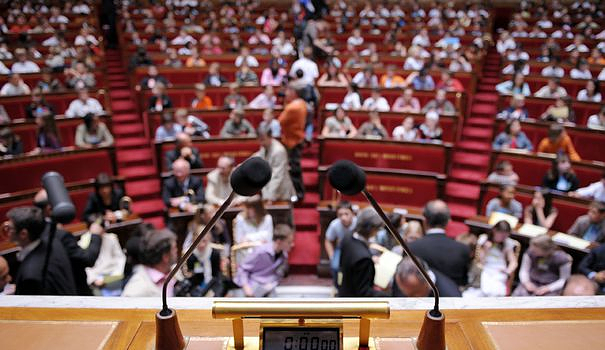 Carried by the groups of the presidential majority Renaissance and Horizons, the text proposes to triple the penalties incurred by the squatters up to 3 years in prison and a fine of 45,000 euros.

"Currently a squatter risks one year in prison and a 15,000 euro fine. But the owner who changes the lock risks 3 years and 45,000 euros", argues the rapporteur for the text Guillaume Kasbarian, also chairman of the Economic Affairs Committee.

The deputy of Eure-et-Loir is not at his first attempt: he had passed provisions against squats in 2020 via a bill, but part of the measures had been censored by the Constitutional Council which viewed them as legislative horsemen.

His bill provides in return the same penalty for those who pretend to be an owner in order to rent a property.

It specifies that the offense of entry into the home also concerns second homes, and extends the express eviction procedure, without recourse to a judge, to vacant dwellings, empty of furniture.

The text also reduces the duration of legal proceedings, and provides that certain time limits that may be granted by a judge are now only possible if the tenant makes the request himself. "A clear attack on the office of the eviction judge" for the left, which fears a lack of recourse for tenants.

The bill also wants to comfort lessors in the face of unpaid bills, again planning to shorten procedural deadlines.

In the absence of an absolute majority, the presidential camp should turn to its right to have the text voted on. "We have been making proposals in this direction for a long time," said MP Annie Genevard (LR). In committee, she had an amendment adopted to "liken squatting to theft", an "essential" provision that she hopes to extend to cases of occupation of premises for economic use.

As for the government, if it supported the text, it could still weigh in session to balance it.

"This text should be an opportunity to make a distinction. We should not react in the same way against squats, in particular those maintained by sleep merchants, as in front of unpaid tenants", warned at the beginning of November Housing Minister Olivier Klein.

The rebellious deputies, communists and environmentalists are up in arms, even if some left-wing ultramarine deputies support amendments for strong measures overseas.

"This law is a homeless factory", denounces LFI MP Danielle Simonnet, whose group intends to file a motion of rejection prior to the text. His colleague François Piquemal had castigated in committee a bill "news item", with regard to the some "170" expulsion procedures completed in 2021 mentioned by Guillaume Kasbarian.

"If we held this kind of reasoning, we would not have done anything against the sleep merchants, who are also a minority," retorted the latter.

The Ministry of Housing estimated in 2021 that "squatting is not a massive phenomenon in France".

"It is a particularly dangerous law (...) which wants to criminalize unpaid rent", also denounces the ecologist Aurélien Taché, affirming that certain provisions would have led to "criminalize the actions" of the Black Thursday collective.

It is a "text disproportionate to the difficulty encountered by some owners", believes for his part the socialist Gérard Leseul.

The Association Droit au Logement (DAL) held a rally on Sunday against the text which presents "squatters as delinquents as they seek shelter".

"This text will allow evictions in 48 hours, without a judge, of squatters who occupy vacant housing", fears Manuel Domergue (Abbé Pierre Foundation). Attac denounces an "antisocial law" which "criminalizes the precarious".

The debates should begin in the evening and last until mid-week, with nearly 200 amendments on the menu.