The Andalusian Ombudsman requests a response from the Orgiva City Council regarding the collection of "a nonexistent sanction".

Jesus Maeztu Gregorio de Tejada has asked the City Council of Orgiva, Ombudsman of Andalusian People, to publish a report on the subject of the complaint. 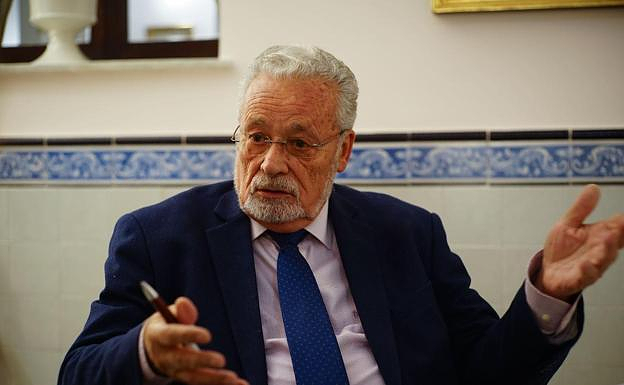 Jesus Maeztu Gregorio de Tejada has asked the City Council of Orgiva, Ombudsman of Andalusian People, to publish a report on the subject of the complaint. The City Council of Orgiva has been warned of legal consequences and the responsibilities of failing to fulfill its duty to "this institution, on a preferential basis and urgent basis" in its inspections and investigations.

The DPA requested the report because the municipality of Alpujarra wanted to collect a tax penalty that was not there. This meant that the EUR900 traffic fine imposed in December 2013 has been increased to EUR4,119.17. According to Miguel Ruiz de Almodovar Sel (the lawyer in charge of this matter), the recognition of the error would automatically mean the prescription for the original EUR900 debt, which was not executed on the distant date.

According to the Lawyer, the events that led to three concurrent fines being imposed by Orgiva Local Police (EUR200 EUR200 EUR500) took place in December 2013. They were notified via the Official Gazette, dated December 3, 2014, which was published by the Province of Granada. Notification of three fines totaling EUR900 was received, but it was not executed. It was then remitted to Provincial Tax Service for collection through means of urgency for an even higher amount. This has continued to grow with interest and surcharges to the current EUR4,119.17

The anomaly of an executive claim for a "new" credit and much higher than the original led to the neighbor filing an appeal with the Provincial Tax Service asking for a reversal of the seizure proceeding. He claimed its nullity as a result prescription and that it was a mistake. The appeal was pending the response of the city council. According to a communication from the Vice President, the Provincial Tax Service, the case is being suspended indefinitely and as a precaution, but it will continue to grow and be "alive" every day. for interest charges and late payment costs. The suspension could be lifted at any moment and bank withholdings or embargoes could be activated. This has occurred twice, and was immediately reimbursed by Provincial Service.

The Orgiveno neighbor, in desperate and impoverished circumstances, decided to take his case to the Andalusian Ombudsman. He admitted the complaint in November 2021. However, the City Council was not interested in issuing the report due to silence and "no collaborationist" attitude of Orgiva's City Council. This behavior continued for three more times, forcing the DPA to issue an "ultimatum" to the City Council of Orgiva last June. It then proceeds to send the requested document.

‹ ›
Keywords:
DefensorPuebloAndaluzPideAyuntamientoOrgivaContestacionSobreCobroSancionInexistente
Your comment has been forwarded to the administrator for approval.×
Warning! Will constitute a criminal offense, illegal, threatening, offensive, insulting and swearing, derogatory, defamatory, vulgar, pornographic, indecent, personality rights, damaging or similar nature in the nature of all kinds of financial content, legal, criminal and administrative responsibility for the content of the sender member / members are belong.
Related News