The actor who won the Cold War

What had he not been reviled - not only, but especially in West Germany. 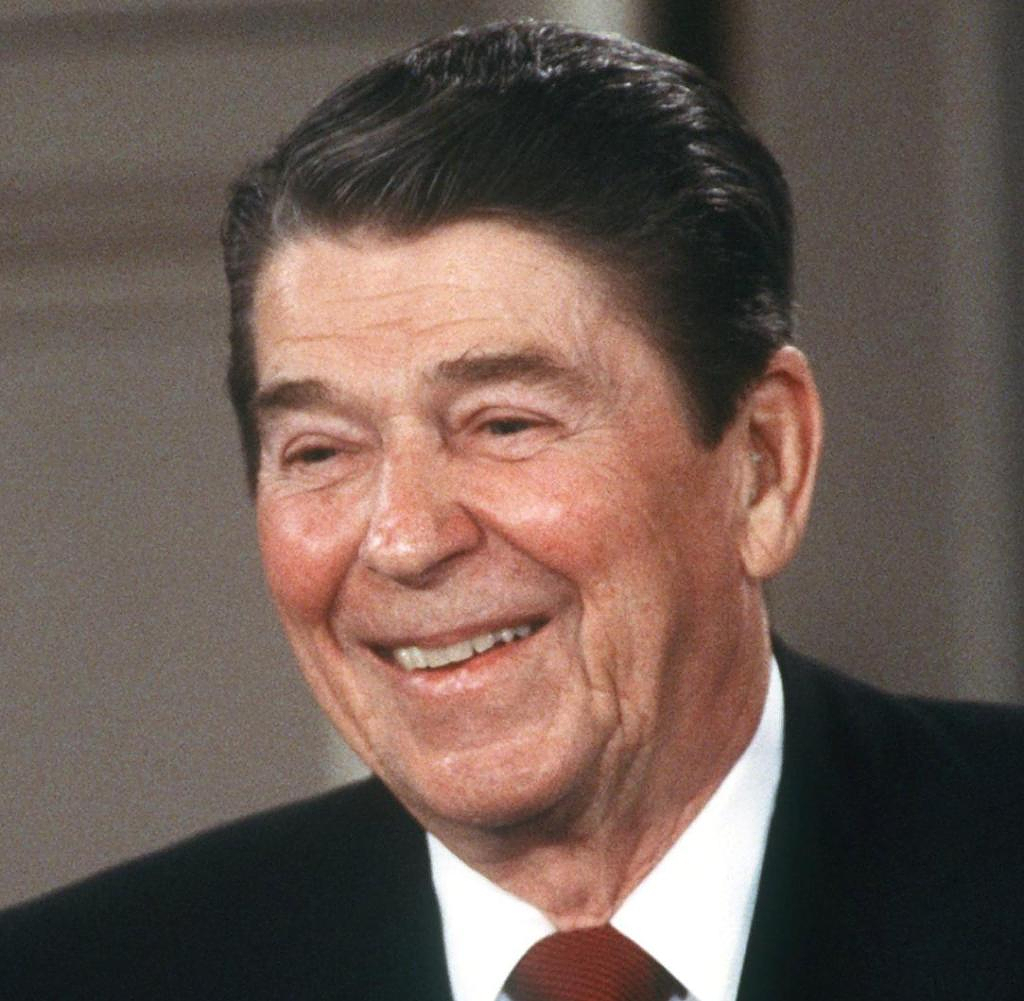 What had he not been reviled - not only, but especially in West Germany. Left-wing German media talked about the “warmonger” and it was not just radical demonstrators who scrawled “murderer” or “fascist” on their posters. And then this: After twelve gun salutes in the park of the White House, US President Ronald Reagan said to the Soviet leader Mikhail Gorbachev: "A small peace is better than a big argument, let's make a big peace out of the small one."

Thus began the summit of the two superpowers in Washington D.C. on December 8, 1987. Then Reagan and Gorbachev signed the first real disarmament treaty of the nuclear age; until then there had only ever been arms limitation treaties such as SALT I and SALT II or ABM. In contrast, the "Intermediate Range Nuclear Forces Treaty" (INF) was of a new quality - an entire class of weapons was scrapped by mutual consent. It was not until 2007 that Russia's ruler Vladimir Putin unilaterally withdrew from the treaty with outrageous justification and has since had medium-range nuclear weapons manufactured again.

He might not have dared to do that with a counterpart like Ronald Reagan. Because the 40th US President won the Cold War in the 1980s by forcing the USSR into an arms race that was not particularly costly for the West but was disastrous for the Eastern Bloc. But when it became obvious even in the Kremlin that the Soviet Union could not keep up, Reagan accepted the offer of negotiations from the new strong man Gorbachev and played a key role in overcoming the conflict.

The US President acted instinctively from a position of strength, to which he always clung - even in the face of angry criticism at home, but above all in Germany, the United States' most important ally in Europe. There's no other way to deal with villains. Reagan's attitude was certainly shaped by two formative experiences: on the one hand, the failure to appease Hitler, which he had witnessed as a young adult, and on the other hand, through his job as an actor, namely as a performer of upright, value-conscious and assertive characters.

Born in 1911 in a small town in the US state of Illinois, he attended a Christian college and then began his career as a spokesman and announcer for a Chicago baseball team – his voice just sounded good. In 1937, when he traveled to California with “his” team, the Warner Brothers film studio asked him to do a screen test and then offered him a seven-year acting contract. For Reagan, it was the start of a film career.

In the first two years of his contract, he made 19 films, some as the lead in B movies, but also as a supporting actor in major productions of real movie stars. Contrary to later rumours, especially in Germany, he was by no means committed to cowboy roles in simple Wild West mass productions. He had his best performance in "Kings Row" (1942), a social drama about the Midwest. Reagan played a young man whose legs are unnecessarily amputated after an accident.

However, he was no longer able to reap the rewards for his outstanding performance, because in April 1942 he was drafted into the US Army. Unfit for the front because of myopia, Reagan worked as a liaison officer and produced instructional and promotional films for the Army Air Forces. He retired from active service in December 1945 with the rank of Captain.

He managed to get back into acting, and from 1947 he was also politically active for the first time as chairman of the actors' union. He successfully campaigned for remuneration that actors received for the broadcast of their films on television and for reruns. Although Christian-conservative and associated with the right wing of the US Democrats at the time, Reagan openly opposed the temporary communist hysteria that was rampant in the USA during the beginning of the Cold War.

In the 1950s, he turned his attention to television, including hosting the CBS show General Electric Theater. Almost continuous screen presence from 1953 to 1962 made him one of the most recognizable faces among the US population.

In 1962, Reagan switched to the Republican Party and in 1964 was one of the key supporters of Barry Goldwater, the arch-conservative Republican nominee for the 1964 presidential election. The campaign ended in disaster: out of the 1960 neck-and-neck race between John F. Kennedy and Richard Nixon, decided by about 112,000 electoral votes, gave incumbent Johnson a lead of almost 16 million votes.

Although Reagan's adopted home of California had also fallen to the Democrats (at the time more liberal-bourgeois-oriented), Reagan announced his own candidacy in 1965 - for the office of governor. He won with more than 57 percent of the vote and began an eventful time as head of government of the most populous US state. In the escalating protests of the 1968 movement, Reagan had to mobilize state police and even the National Guard on several occasions against demonstrators and university occupiers, which made him a hate figure on the left.

Despite this, he was re-elected in 1970 with nearly 53 percent of the vote. Four years later, he gave up a third candidacy and instead ran for the Republican presidential nomination in 1976 – against incumbent Gerald D. Ford. The attempt to beat the Washington insider ended in a narrow defeat at the Republican nomination convention: Ford received 1,187 Votes by delegates, Reagan respectable 1070.

After Ford lost the actual election by 48 percent to 50.1 percent for Democrat Jimmy Carter, Reagan ran with George HW Bush as the running mate in 1980 and won a clear victory by eight million. votes ahead. The "Spiegel" then judged that "conservative America" ​​had "collected to seek salvation in the values ​​of the past".

This set the tone of most West German media towards the Reagan presidency, and hardly anything changed during Reagan's presidency. Exceptions included WELT; Foreign policy chief Friedrich Kemna commented that Reagan's victory was "a great leap of faith in Ronald Reagan leading America out of the trough of humiliation, doubt and fear about his place in the world."

That is exactly what Reagan did. With the release of the American hostages in the former US embassy in Tehran on the day of his inauguration, January 20, 1981, he achieved his first success; his opponents speculated about secret agreements with the Iranian regime, which of course could never be proven.

Reagan's economic policy triggered a boom in the USA, and the massive rearmament of the US Army, Air Force and Navy forced the Soviet Union - which had previously presented new medium-range missiles of the SS-20 type - into a ruinous race. The Americans welcomed his course: in 1984 he defeated his challenger, Carter's former Vice President Walter Mondale, and extended his lead to almost 17 million votes.

When Reagan and Gorbachev signed the INF Treaty in Washington on December 8, 1987, the US had not yet formally won the Cold War. But in fact the 40th US President had laid an essential foundation for the collapse of Communism, which was then followed by his successor George H.W. Bush in world politics in 1990. It is therefore not surprising that Ronald Reagan is considered an outstanding president in the USA. After being diagnosed with Alzheimer's in 1994, at the age of 83, he withdrew from the public eye. Ten years later, the former president died; the state funeral became a national event.

‹ ›
Keywords:
GorbatschowMichailReaganRonald (19112004)Kalter Krieg
Your comment has been forwarded to the administrator for approval.×
Warning! Will constitute a criminal offense, illegal, threatening, offensive, insulting and swearing, derogatory, defamatory, vulgar, pornographic, indecent, personality rights, damaging or similar nature in the nature of all kinds of financial content, legal, criminal and administrative responsibility for the content of the sender member / members are belong.
Related News