The 2022 cross contest is won by the Cano Valero neighbourhood

The Baza City Council gives a positive assessment of the atmosphere in the city during the four-day festival of Crosses, which celebrates normality and people's return to normality following the two years of severe restrictions imposed by the pandemic. 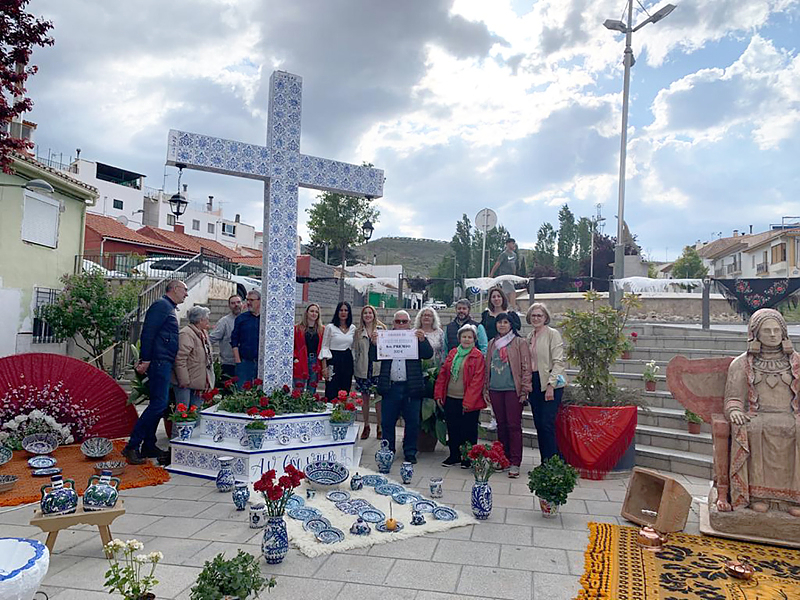 The Baza City Council gives a positive assessment of the atmosphere in the city during the four-day festival of Crosses, which celebrates normality and people's return to normality following the two years of severe restrictions imposed by the pandemic. Around thirty Crosses with and without bars have adorned the streets of the city, bringing color to different areas. This is thanks to the hard work of those who keep the tradition alive, and whom the City Council sincerely thanks.

The Bastetano constary also took note of issues that could be improved and is currently working on them. He thanked the citizens for maintaining a positive atmosphere during these days. However, it was necessary to issue some sanctions due to certain uncivil attitudes. The organizers of multiple crossings want to meet with City Council to expose several issues. They believe they have followed all regulations and cannot be held responsible for any issues not under their control.

Since Tuesday May 3rd, when the festival was extended to Monday, the cross celebrations have been held over a whole weekend.

Fans of Sevillanas could also enjoy, as a complement, Sunday, May 1st, the meeting of Lovers of Sevillanas of Geopark at Plaza Mayor de Baza, with live music from the group "Somos del Sur".

Also included was the Mother's Day Concert by the Baza Municipal Band Musical Association, May 2, at 12:30 in the Plaza Mayor. Two theatrical proposals from the Platea program, to which the City Council has been attached: The Pillow Man>> and Naufragos>>.

The City Council announced the prizes in each category of crosses. So the Cano Valero cross won 300 euros, San Juan cross won 250 euros and the Avangel/Corralazo took 200 euros. The Amapola Street cross was the most interior. Meson El Abuelo won the award for best cross with a Bar. It also received the award for best decorated Avecla neighborhood.

The bases established that the Jury was composed of members of the Informative Commission of Culture and their substitutes.

‹ ›
Keywords:
BarrioCanoValeroGanaConcursoCruces2022
Your comment has been forwarded to the administrator for approval.×
Warning! Will constitute a criminal offense, illegal, threatening, offensive, insulting and swearing, derogatory, defamatory, vulgar, pornographic, indecent, personality rights, damaging or similar nature in the nature of all kinds of financial content, legal, criminal and administrative responsibility for the content of the sender member / members are belong.
Related News