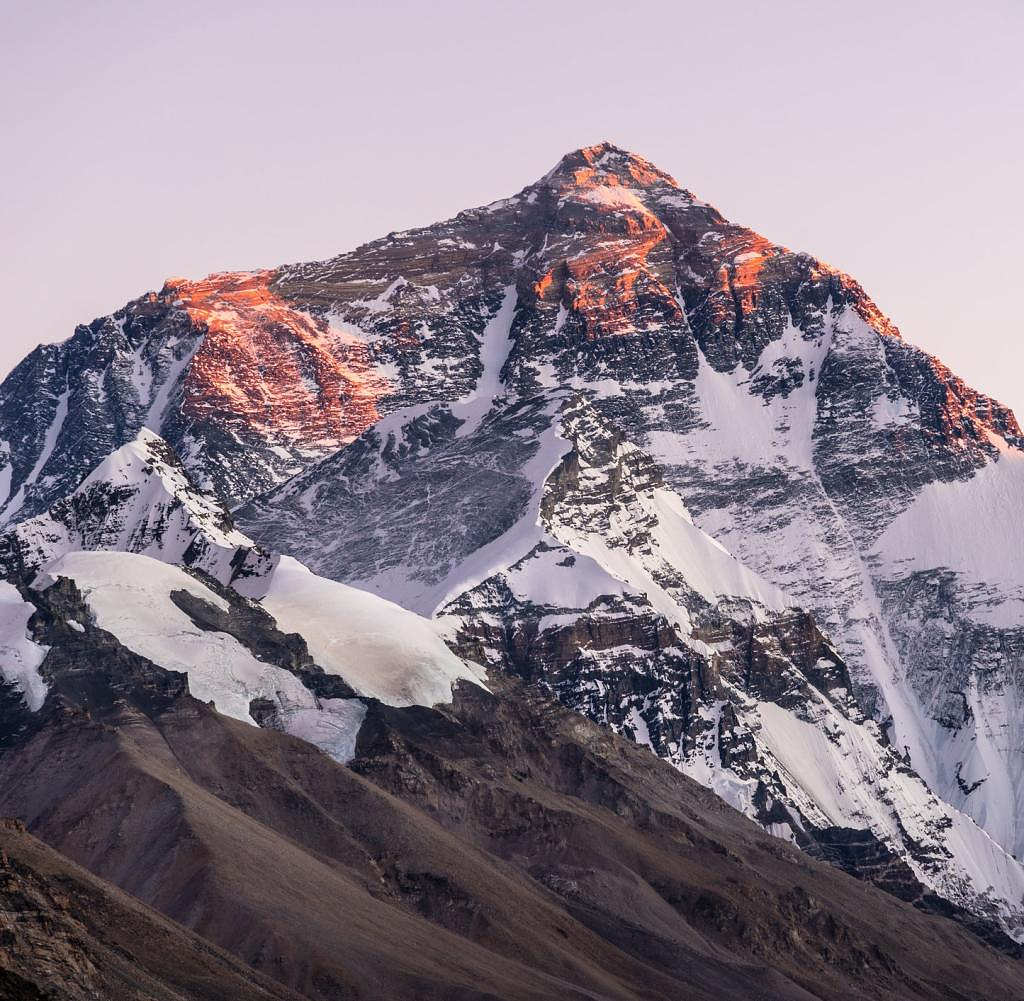 At exactly 8,848.86 meters, Mount Everest in the Himalayas is the highest mountain on earth. It extends to both Chinese and Nepalese territory. The highest peak, also called the "roof of the world" by the inhabitants of Nepal, has always fascinated people. More than 300 climbers have lost their lives climbing or descending.

As massive as Mount Everest appears in pictures, it is not rooted, as "Geo" editor Peter Carstens explains. Year after year, the Indian tectonic plate slides under the Eurasian one - several centimeters at a time. Nevertheless, even the highest peak in the world is not infinitely high.

It is true that the Indian and Eurasian continental plates raise the highest elevation above sea level by a few millimeters every year. Earthquakes can also cause an increase in height - nevertheless, the official height of the mountain changes only minimally over the course of several decades. There are two geophysical reasons for this.

On the one hand, it is in the nature of a mountain that the summit constantly erodes over time: snow, ice and wind act like sandpaper on the rock. The fine stones, rock splinters and rubble reach the valley, where they are further crushed in a natural way or transported away by rivers.

On the other hand, the geophysical procurement of the earth sets a completely natural limit for every mountain colossus. Or to put it briefly: On earth, there is a high probability that a mountain will never be higher than ten kilometers, because otherwise the subsoil would simply no longer be able to support the mountain. The higher a mountain is, the greater its mass and also its extent on the earth's surface, which is called the base.

Thanks to gravity and other factors, the mountain then exerts immense pressure on the earth's surface - and above a critical level this can lead to the rock liquefying. The base of the mountain would sink into the earth's mantle and melt there due to the enormous heat. However, this ten-kilometer limit only applies to planet Earth.

On Venus, Jupiter or Mars, the limit heights for mountains have completely different dimensions. The mountains on the red planet can be up to 26 kilometers high with a diameter of about 6,000 kilometers. The highest known mountain in space is the Mars volcano Olympus Mons. The fact that such immense heights can be reached is because the gravitational forces on Mars are about two-thirds lower than on Earth. But honestly: Would you want to climb a 26,000 meter peak?

Want more crazy space facts? Then we have just the right thing for you:

‹ ›
Keywords:
BergsteigenMount EverestGebirgeHimalajaGeologieKmpktWeltraumMarsMissionNepalMarsBergAbstiegVulkan Olympus Mon
Your comment has been forwarded to the administrator for approval.×
Warning! Will constitute a criminal offense, illegal, threatening, offensive, insulting and swearing, derogatory, defamatory, vulgar, pornographic, indecent, personality rights, damaging or similar nature in the nature of all kinds of financial content, legal, criminal and administrative responsibility for the content of the sender member / members are belong.
Related News