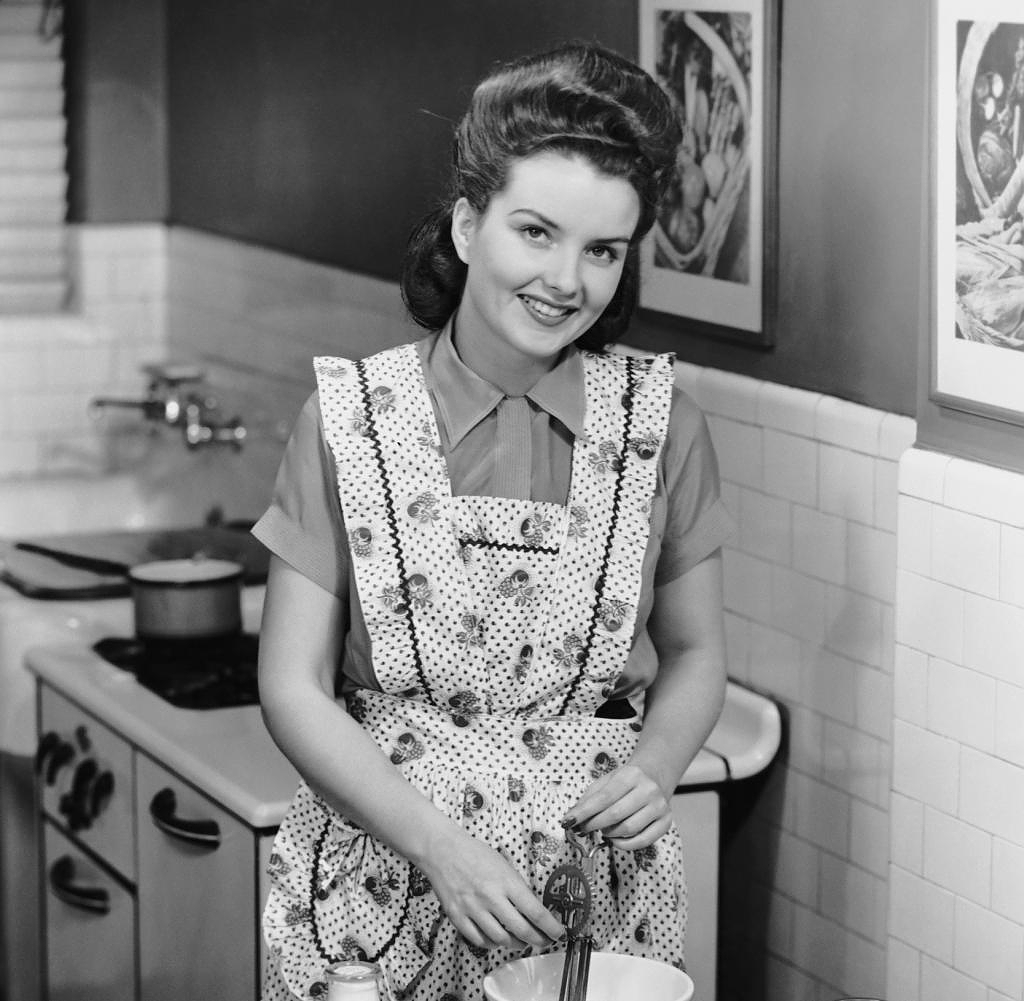 52.4 percent – ​​that’s how much more time women spend on unpaid care work than men on average. So washing clothes, doing the dishes, tidying up, having fun with the children, etc. This is the result of figures from the Federal Ministry for Family Affairs. For many women, this isn't just a statistic — they feel it every day. In addition to their normal full-time or part-time job, it is mostly up to them to somehow run the household and take care of the family.

There are many reasons for this: men still usually earn more and it makes no financial sense for them to cut back in order to take care of the household more. Often, however, it is outdated role models that subconsciously persist: According to this, women still seem more familiar with household tasks, or men have never learned it or do not see it as their task.

But instead of demanding equality, some women flee to a bygone era: the 1950s. On TikTok, Instagram and other social networks, they tag their clips with the hashtag

With around 87 million views

One of the best-known tradwife influencers is the British Alena Kate Pettit. She has around 37,700 followers on Instagram – and with “The Darling Academy” she has even created an offer where other women can read about how they can become better housewives. Her job is "to be at home" and she never expects her husband to cook for her after a hard day's work, Pettit revealed in a BBC television report.

On TikTok, 24-year-old Estee Williams is one of the best-known tradwife influencers. In a clip on the platform, she explains what the term means from her point of view: "It's a woman who has chosen to live a more traditional life with ultra-traditional gender roles. So the man goes out, works and takes care of the family. The wife stays at home and takes care of the household and the children, if there are any.”

On her social media profiles, she shows the beautiful sides of her retro life in clips that are accompanied by funny music. She bakes and makes up – and also expresses her lack of understanding for other women who cannot understand her lifestyle. Like in this video:

Of course, there is absolutely nothing wrong with a woman choosing to be a housewife of her own free will and preferring only to take care of the family. However, it becomes problematic when these women on social media associate their new role with a historical era, namely the 1950s, and romanticize it: everything seemed simpler, there were clear role models, women could simply look beautiful and didn't have to worry about anything , because the man took care of the financial well-being as well as everything else.

However, what most tradwives on social media don’t mention: In addition to pretty dresses, as we can also admire them in the Amazon Prime series “The Marvelous Mrs. Maisel”, the time from 1950 to 1959 was from a women’s rights point of view, regardless of whether in the USA or Germany, a pretty tough time.

In Germany, women had to ask their husbands for permission if they wanted to open a bank account or go to work. Marital rape was not a criminal offense and abortion was illegal in most US states and Germany. For most women at that time, being a good housewife was not a free decision, but a necessary means to achieve financial and social security.

professor dr Sarah Spitzer teaches online media management at the Stuttgart Media University and regularly deals with TikTok trends. For them, the tradwife movement is currently a rather small movement, which, however, is being increasingly noticed by some groups of people thanks to the algorithms of TikTok and Co. This can give some users the subjective impression that there are more and more

Nevertheless, the longing for a stable environment with a clear distribution of roles already corresponds to the current zeitgeist, explains the social media expert: "One says about the fifties that they were strongly influenced by the fact that after a phase of total destruction and often also of the loss worked together again to build it up. Stability and security are longings and values ​​that can be found, for example, in commercials from back then or in 'Heile-Welt-Shows' - and with which they are also now, against the background of the corona pandemic, a war in Europe and economic uncertainty, the one or the other can identify.”

So it could well be that some of the young women suppress these problems - "in favor of an extreme concentration on the things that you have 'under control' yourself, such as baking cakes or cleaning," says Spitzer. On TikTok itself, a very idealized and also decelerated form of the lifestyle from back then is shown.

"The focus is not on violence in marriage, limited decision-making options in relation to earning opportunities or employment, but on a clear conservative division of labor that distinguishes between 'inside' and 'outside'," explains Spitzer. The resulting areas of conflict, such as economic dependency, are not discussed.

This can also be seen, for example, in the way the young women do their housework, which is more reminiscent of the aesthetics of cleaning agent commercials than of actual cleaning work. The topics covered on the TikTok channels are also repeated: It is primarily about baking, cleaning, entertaining the man or how to get ready. In itself, the classic ingredients of a successful social media profile: if a recipe works well, it will be transferred to other content again and again.

It becomes worrying when these influencers use their presence and thus indirect role model function to unthinkingly pass on heteronormative role models and thereby disregard the social reality of millions of women who are dependent on working and cannot just be the happy wife at home - or overlook those who don't want that at all, but are striving for self-realization in a professional career.

In addition to fleeing home, some women on TikTok try to distract themselves from their problems with total perfection:

‹ ›
Keywords:
Social MediaRollenbildGeschlechterrolleHaushaltMännerTiktokFrauenKmpktSexBRDInstagramUSA
Your comment has been forwarded to the administrator for approval.×
Warning! Will constitute a criminal offense, illegal, threatening, offensive, insulting and swearing, derogatory, defamatory, vulgar, pornographic, indecent, personality rights, damaging or similar nature in the nature of all kinds of financial content, legal, criminal and administrative responsibility for the content of the sender member / members are belong.
Related News