At the UN general debate, Chancellor Olaf Scholz (SPD) called for a strengthening of international cooperation and a reform of the UN Security Council in view of the numerous crises. 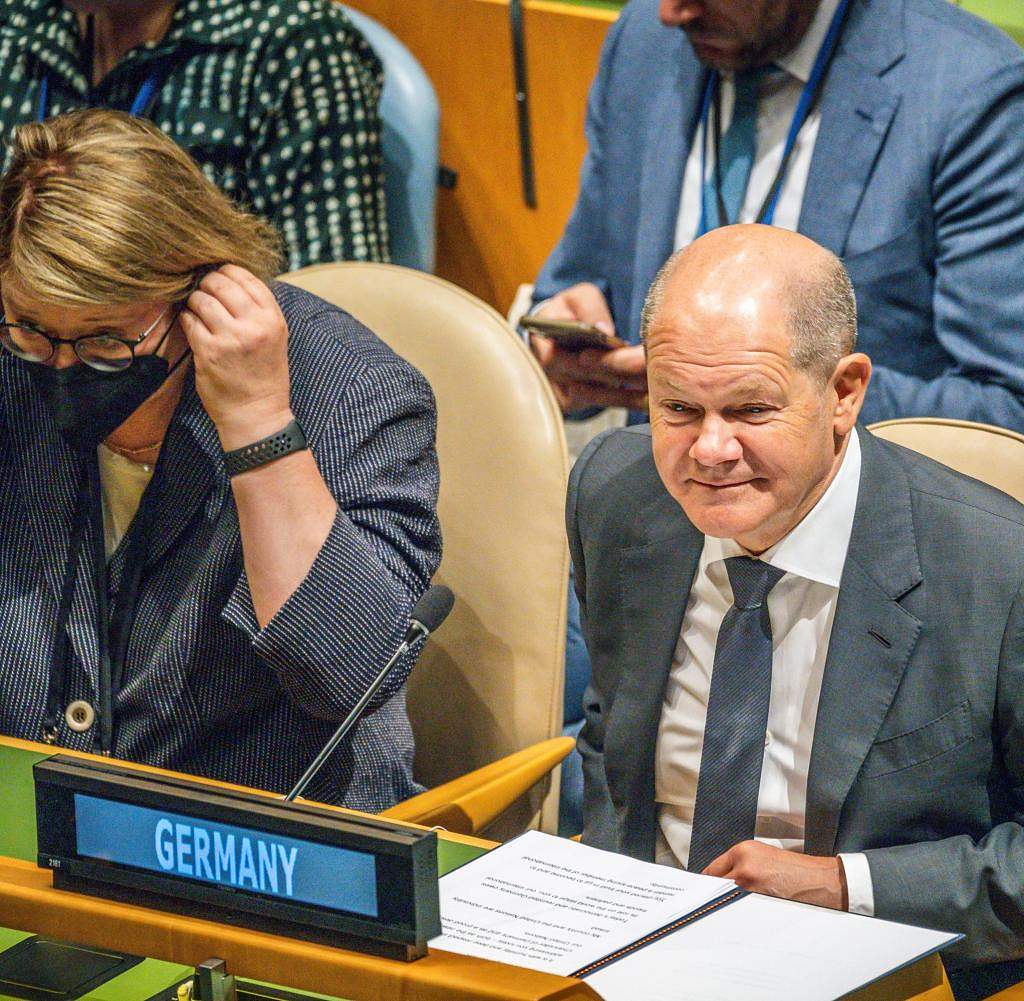 At the UN general debate, Chancellor Olaf Scholz (SPD) called for a strengthening of international cooperation and a reform of the UN Security Council in view of the numerous crises. It must be possible "to ensure that the multipolar world of the 21st century remains a multilateral world," said Scholz on Tuesday evening (local time) in his speech to the UN General Assembly in New York.

"Nationalism and isolation do not solve the challenges of our time," said the Chancellor. "More cooperation, more partnership, more participation is the only sensible answer, whether it's about fighting climate change or global health risks, inflation and disrupted trade chains or how we deal with displacement and migration."

In his first speech to the UN General Assembly, Scholz lamented a “new fragmentation of the world”: “New wars and conflicts have arisen. Major global crises are piling up in front of us, connecting and intensifying.” Nevertheless, there can be no talk of a “rules-free world”: “Our problem is not a lack of rules. Our problem is the lack of will to comply with and enforce them.”

Scholz called on the international community to support the goals and principles of the UN Charter. "That's why we can't sit back and relax when a well-armed, nuclear superpower - a founding member of the United Nations and a permanent member of the UN Security Council - wants to use force to move borders," said Scholz, referring to Russia's war of aggression Ukraine.

“There is no justification for Russia's war of conquest against Ukraine. President (Vladimir) Putin is leading him with a single goal: to seize Ukraine. Self-determination and political independence do not count for him. There is only one word for that: It is sheer imperialism!” said Scholz.

The world community must not allow Russia to win the war, Scholz said. “That is why we will not accept a Russian dictated peace. That is why Ukraine must be able to repel Russia's attack. We support Ukraine with all our might: financially, economically, humanitarianly and also with weapons.”

In his speech, Scholz also advocated a reform of the UN Security Council, in which Russia, as one of five permanent members, has a right of veto. Rules and institutions would have to be "adapted to the reality of the 21st century", said the Chancellor.

A “reform and expansion” of the Security Council is therefore necessary, “above all to include countries of the Global South”. "Germany is also prepared to take on greater responsibility - as a permanent member and initially as a non-permanent member in 2027/2028."

Germany, which is bidding for one of the ten non-permanent seats on the UN Security Council in 2027 and 2028, has long sought to reform the most powerful UN body. Critics complain that the structure of the Security Council - in particular the great power of the five permanent members China, France, Great Britain, Russia and the USA - is no longer up to date and could lead to the body being blocked.

Most recently, the USA signaled openness to reforms. US President Joe Biden also wanted to deal with the topic in his speech at the UN general debate on Wednesday, as announced by his national security adviser Jake Sullivan.

‹ ›
Keywords:
NewsteamRusslandUkraineKrieg (24.2.2022)ScholzOlafNew YorkPolitikOlaf ScholzSPDKriseWladimir PutinScholz PutinUSA
Your comment has been forwarded to the administrator for approval.×
Warning! Will constitute a criminal offense, illegal, threatening, offensive, insulting and swearing, derogatory, defamatory, vulgar, pornographic, indecent, personality rights, damaging or similar nature in the nature of all kinds of financial content, legal, criminal and administrative responsibility for the content of the sender member / members are belong.
Related News