Thanks to the work done in the Viznar ravine, 39 victims of Franco's regime were exhumed

A new phase of excavations, exhumations and reinterpretations has been carried out by an interdisciplinary team at the University of Granada since April last year in Viznar ravine. 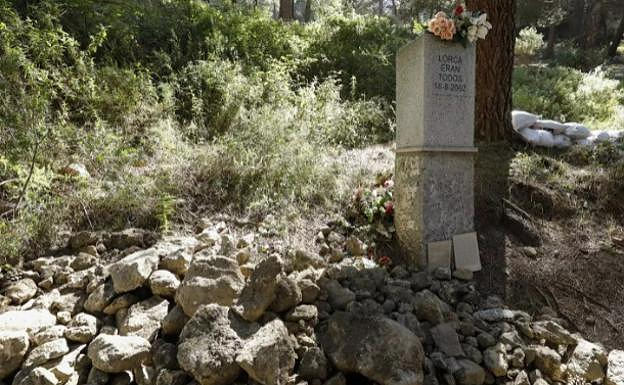 A new phase of excavations, exhumations and reinterpretations has been carried out by an interdisciplinary team at the University of Granada since April last year in Viznar ravine. This has made it possible to recover the remains of 39 Franco victims as well as personal belongings.

Along with the remains of the victims, there was a pocket watch, medicine bottles, and buttons. It is also possible that some of these objects could have been factory workers. Francisco Carrion Mendez, professor at the University of Granada's Department of Prehistory and Archeology, said that El Fargue contained gunpowder and explosives.

Field work will continue until September in the three enclaves which make up the largest nucleus of graves within the ravine. There are approximately 200 victims documented. Experts from the UGR, the Granada Association for the Recovery of Historical Memory work "without breaks" to locate "as many people as possible", continuing the last year's intervention and being able document what took place in this area.

The team is optimistic and believes that 60 people will be found in the campaign. However, there is still a lot to do. Field work is being done in tandem with the forensic-anthropological study at Viznar's laboratory. Samples are being taken to identify DNA and compare it with nearly 70 families that claim to know the exact location. With the cranioencephalic remains, 3D reconstruction techniques are being used. The goal is to be able identify victims using photos provided by family members.

Francisco Carrion Mendez announced that after the campaign ends, the work will continue at least for one year. The agreement between the University of Granada and the Junta de Andalucia was extended - with an estimated funding of 150,000 euros from the Ministry of the Presidency Relations with the Courts and Democratic Memory - which will enable the Caracolar to continue with the work.

The expert expressed his satisfaction at the fact that it was possible to intervene in the historical memory of the province's most iconic place. "We have arrived late," he said, but the light is beginning to shine and the victims are being honored.

Historical research has shown that graves from both the Civil War and post-war periods have not been exhumed in 13 municipalities of the province. The Viznar ravine graves can hold a total 400 victims.

‹ ›
Keywords:
VictimasFranquismoExhumadasGraciasTrabajosBarrancoViznar
Your comment has been forwarded to the administrator for approval.×
Warning! Will constitute a criminal offense, illegal, threatening, offensive, insulting and swearing, derogatory, defamatory, vulgar, pornographic, indecent, personality rights, damaging or similar nature in the nature of all kinds of financial content, legal, criminal and administrative responsibility for the content of the sender member / members are belong.
Related News