Testimony on the accused concentration camp secretary causes a stir

A witness in the Itzeho trial against a former concentration camp secretary caused a stir with an alleged memory of the accused. 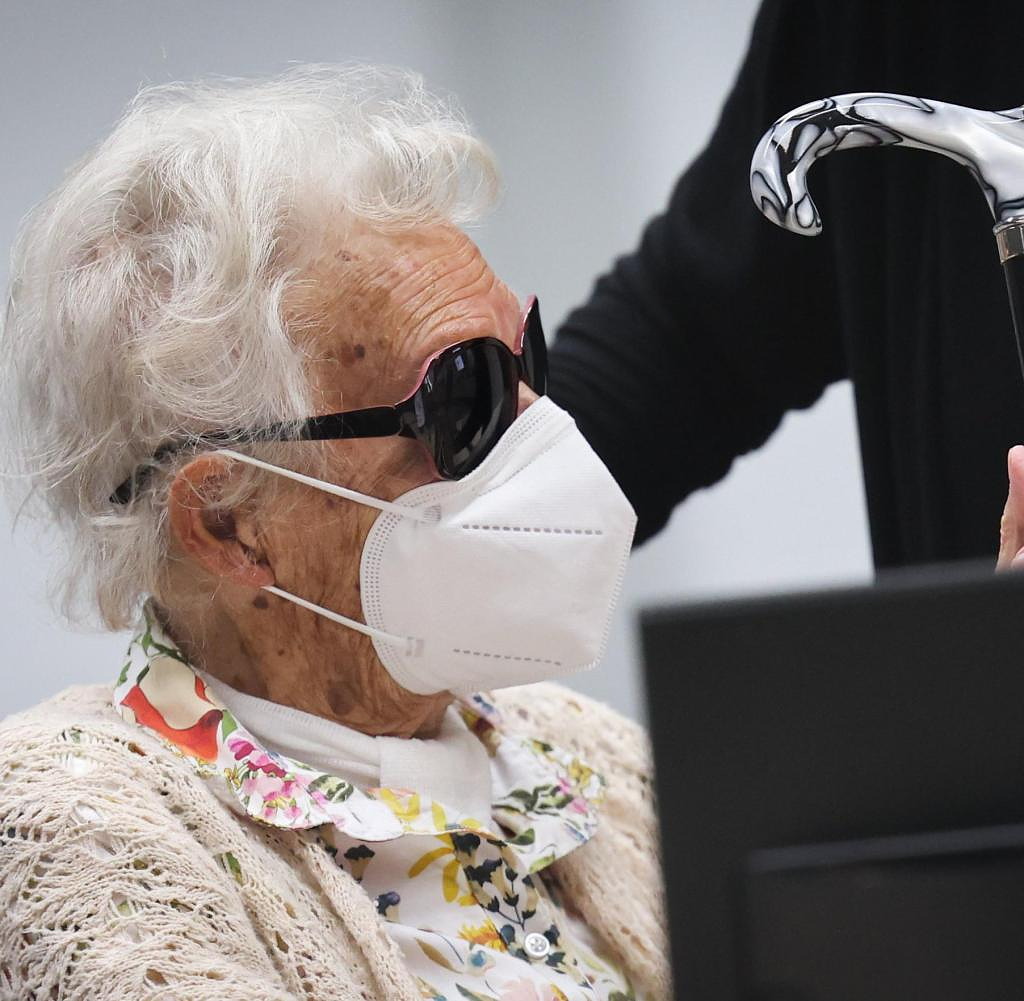 A witness in the Itzeho trial against a former concentration camp secretary caused a stir with an alleged memory of the accused. "This woman sitting there always accompanied the commander, morning and evening, she watched everything, she cursed and humiliated us," co-plaintiff Chaim Golani said Tuesday via a video link from Israel. After the words of an interpreter, the 92-year-old added: “She often wore an SS uniform, boots. We were afraid of this woman.”

When the presiding judge Dominik Groß asked some time later where he had seen this woman, Golani replied: "I personally didn't know her, I don't know anything about her. I never spoke to her or saw her directly.” According to his lawyer Hans-Jürgen Förster, the director of the Simon Wiesenthal Center in Israel, Efraim Zuroff, was sitting next to him during the hearing of the witness in his apartment.

The 97-year-old Irmgard F was accused in the trial before the Itzehoe district court. She is said to have worked as a civilian employee in the headquarters of the Stutthof concentration camp near Danzig from June 1943 to April 1945. The public prosecutor's office accuses her of having assisted in the systematic murder of more than 11,000 prisoners through her paperwork.

After the court hearing, Förster said of his client's testimony: "This is definitely a memory error." Because of the power and the threat posed by the SS man, he would have mistaken him for the concentration camp commander. "In reality, it must have been a commander below the commander, who could very well have been accompanied by a woman in boots and an SS uniform."

According to Golani, he was brought to Stutthof with his father between December 15 and 20, 1943. He was previously held prisoner in a concentration camp in Tallinn (Estonia). In Stutthof he first had to work in the forest and then for two to three weeks in the crematorium. "Every day they burned bodies there and I was there," Golani said. Guarded by SS men, they should have taken off the shoes of the dead and looked for valuables. The corpses were brought from Stutthof and other camps to be cremated. The stench was unbearable.

The witness remembered roll-calls, to which the prisoners had to line up in long lines three times a day. They were beaten and whipped by SS men. "It was always beaten, no matter what we did." Many prisoners died as a result of the beatings and the hard work. In mid-February 1944 he was taken away from Stutthof in the direction of Freiburg. When he was liberated by the French army, he weighed only 30 kilograms.

When questioned by the judge, Golani confirmed that his former name was Lewin and that he changed his name after the war. According to a document from the research center at the Stutthof Memorial, he and his father were taken to the concentration camp on August 23, 1944, Groß said. "No, we came to Stutthof in the winter," contradicted the witness. His lawyer also drew his attention to the different date of birth on the document, according to which he was born in June 1926, and asked whether he had aged in the concentration camp. "Yes, that was the system of staying alive," Golani said.

In response to further questions from Förster, the witness replied: "None of you went through what I experienced. It may not be consistent, but it is what it is.” The court has already heard from seven other survivors and a former camp guard. None of them could provide information about the accused. According to the court, Golani is expected to be the last joint plaintiff to testify in the trial.

‹ ›
Keywords:
TexttospeechProzesseItzehoeNSVerbrechenKZProzesseIsraelLandgericht ItzehoeKrimiChaim Golani
Your comment has been forwarded to the administrator for approval.×
Warning! Will constitute a criminal offense, illegal, threatening, offensive, insulting and swearing, derogatory, defamatory, vulgar, pornographic, indecent, personality rights, damaging or similar nature in the nature of all kinds of financial content, legal, criminal and administrative responsibility for the content of the sender member / members are belong.
Related News