Terminal receives the parliamentary groups before a session under high tension

Accompanied by the Minister Delegate in charge of Relations with Parliament Franck Riester, the Prime Minister received from 8 a. 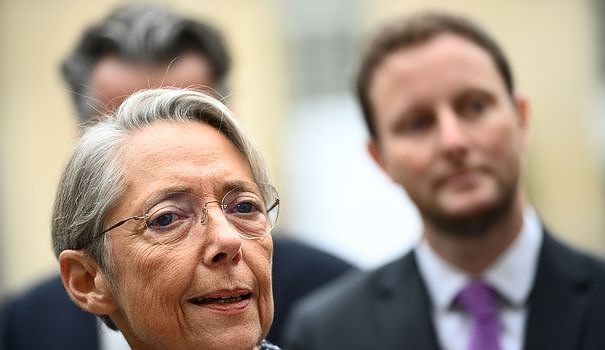 Accompanied by the Minister Delegate in charge of Relations with Parliament Franck Riester, the Prime Minister received from 8 a.m. the presidents of the majority groups in the Assembly, Aurore Bergé (Renaissance), Jean-Paul Mattéi (MoDem), and Laurent Marcangeli (Horizons), and in the Senate, François Patriat (Rally of Democrats, Progressives and Independents, majority Renaissance).

The head of government receives them "in accordance with the consultation method that she has carried out since her appointment", specified Matignon, before a parliamentary session which opens on October 3.

It is a question of "reviewing" and "scanning" the legislative calendar, according to several participants, in particular the first texts on unemployment insurance, renewable energies, but also the budget, or even internal security (Lopmi).

The budget bills for 2023 must be examined Monday in the Council of Ministers, while the government is considering presenting a controversial amendment on pensions in the Social Security financing bill (PLFSS). A hypothesis that divides the majority.

When she left, Ms. Bergé pleaded "collectively" in favor of a "quick decision" on pensions, recalling that President Emmanuel Macron wants to reform them in 2023. If the government must resort to Article 49.3 of the Constitution , which allows the adoption of a text without a vote except for a motion of censure, "it is the responsibility of the opposition", according to her.

Ms. Borne is "listening" but "they are still thinking" about how to move forward on pensions, reported Mr. Mattéi, who reiterated to the Prime Minister the opposition of MoDem deputies to such an amendment , even if he approves of "the need for reform". The president of the Modem François Bayrou sees it as a "passage in force".

"We were elected to act, not to procrastinate", pleaded for his part Mr. Marcangeli, who will be "at the rendezvous of the reform", while Mr. Patriat wished "to go quickly" on pensions, recalling that the Senate, with a right-wing majority, amended the budget on this issue each year.

An amendment, "it's not a scandal" but "I also understand that there is time for dialogue and that it is not an obvious decision for the government", estimated the president of the group Les Indépendants at Senate, Claude Malhuret, himself a supporter of Edouard Philippe.

Amendment or not, the question "is not settled", he insisted when he left.

"They want us to buy a donkey in a bag, we don't know how the retirement issue will be handled", lamented the president of the communist group in the Assembly, André Chassaigne, who also asked for a "strong gesture" for local authorities faced with soaring prices.

His counterpart in the Senate Eliane Assassi deplored the absence of "answers" on unemployment insurance and pensions, reforms fought by the PCF.

Cyrielle Châtelain, co-president of the environmental group in the Assembly, arrived without the other co-president Julien Bayou, suspended from office after accusations of psychological violence by an ex-companion.

She demanded from the head of government a "policy commensurate with (the) climate upheaval" and reiterated her "complete opposition" to the reforms that she considers "liberal" in unemployment insurance and pensions.

His counterpart in the Senate, Guillaume Gontard, judged "unacceptable" to pass a pension reform in an amendment, seeing it as a "forceful passage" and pleading for a "real parliamentary debate".

For him, the bill on renewable energies "will be a good test" of Elisabeth Borne's method, to "see if the government is able to bounce back on (the) proposals" of EELV and manages to " find other majorities".

Elisabeth Borne, who has not yet spoken on pensions, advocates dialogue in the hope of building "project majorities".

But she did not rule out the use of article 49.3 for the budget in the fall, because "the French did not ask us to stand still".