Tens of thousands demonstrate in Budapest against Orban's education policy

More money for teachers: tens of thousands of people demonstrated in Budapest against the education policy of Prime Minister Viktor Orban's government. 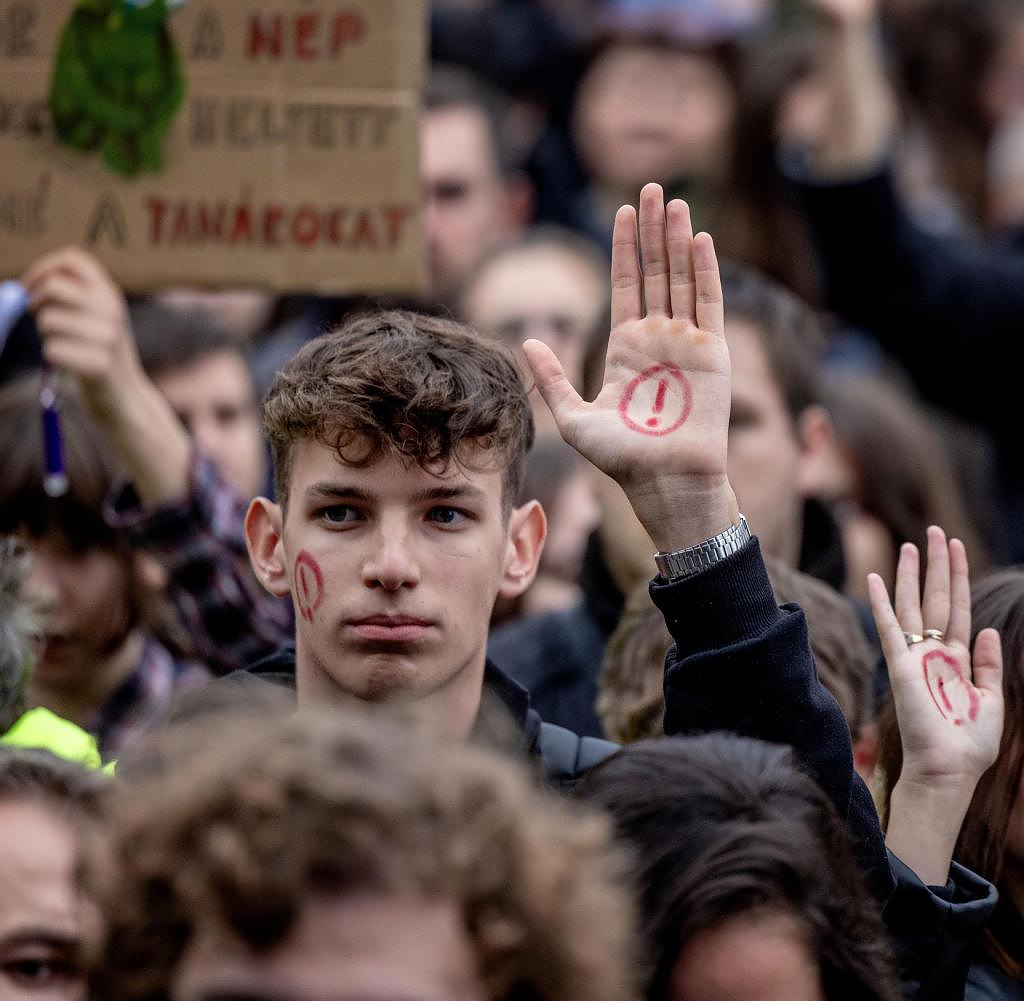 More money for teachers: tens of thousands of people demonstrated in Budapest against the education policy of Prime Minister Viktor Orban's government. The protest on Sunday evening was primarily aimed at the poor funding of Hungarian schools.

Since the beginning of the school year, demonstrations organized by teachers and students against the right-wing government have been taking place in the capital Budapest and other cities. The protest on Sunday evening was the largest so far. The organizers announced further demonstrations to keep the pressure on the government.

"Everyone at my school is exhausted because we have to fight for something as basic as enough teachers and equipment," said 17-year-old protester Anett Bodi. The government admits that teachers are underpaid. However, she makes salary increases dependent on outstanding EU funds. The funds are being withheld for violations of the rule of law in Hungary.

Shortly before the major rally in Budapest, Orban had sharply attacked the EU in a speech. He accused the European Union of "shooting" insidiously at Hungary with the sanctions against Russia because of the Ukraine war, which Hungary supports.

Orban, in his speech in the city of Zalaegerszeg on the holiday commemorating the 1956 uprising in Hungary, predicted that the EU would share a fate similar to that of the Eastern bloc, which began to disintegrate in 1989. "We shouldn't worry about those who are shooting at Hungary somewhere in the shadows of the watchtowers in Brussels," Orban said. "They will end where their predecessors ended."

Posters reading “Brussels sanctions are ruining us” were put up in Budapest and other parts of the country. In mid-October, the Orban government launched a “national consultation” on EU sanctions against Russia, which primarily affect energy imports from Russia.

Orban has repeatedly criticized the EU sanctions imposed over Russia's war of aggression against Ukraine, even though he approved them at the meetings of heads of state and government. Hungary is heavily dependent on Russian oil and gas.

‹ ›
Keywords:
NewsteamUngarnBudapestViktor OrbanUkraineHungaryPolitikRusslandBrüsselBildungspolitik
Your comment has been forwarded to the administrator for approval.×
Warning! Will constitute a criminal offense, illegal, threatening, offensive, insulting and swearing, derogatory, defamatory, vulgar, pornographic, indecent, personality rights, damaging or similar nature in the nature of all kinds of financial content, legal, criminal and administrative responsibility for the content of the sender member / members are belong.
Related News