Tennis: meeting at the Masters for Garcia, eliminated in Guadalajara

Admittedly, the Frenchwoman, 10th in the world, leaves Mexico with the feeling of accomplishment since she won her qualification for the Masters of Fort Worth (Texas), from October 31. 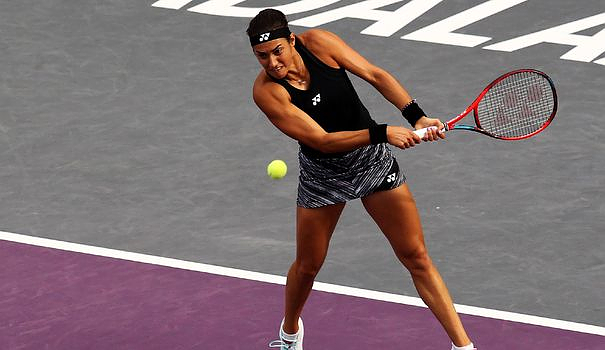 Admittedly, the Frenchwoman, 10th in the world, leaves Mexico with the feeling of accomplishment since she won her qualification for the Masters of Fort Worth (Texas), from October 31. And, of course, she lost Thursday evening after a very tight match, lost 7-6 (8/6), 7-5, after 1h42 of struggle.

But Caroline Garcia has only won one match (out of 4) - her second round in Guadalajara - since her semi-final at the US Open in early September, and will absolutely have to regain confidence and raise her level of play in Texas. , for her second participation in the meeting of the eight best players of the season after that of 2017.

In view of the Texan tournament, if 17 players remained in contention Monday when approaching the test of Guadalajara, seven of eight names are now known.

Thursday, although now out of the race in Guadalajara, the Russians Aryna Sabalenka and Daria Kasatkina took advantage of the other results to validate their ticket for the Masters.

The last ticket will be played on Friday evening during a double or quits quarter-final between the Greek Maria Sakkari and the Russian Veronika Kudermetova.

"It was written," reacted the 27-year-old Greek player, 6th in the world.

"We both had a very difficult draw (in Guadalajara, editor's note). It was not guaranteed to find us in the quarter-finals. But I think the passion, our desire, brought us so far. Now , tomorrow (Friday, editor's note), it will not be who wants the most, but who plays the best match", she added.