El Ejido's City Council continues to build cycle paths as part of the mobility initiatives it has been undertaking in recent years. 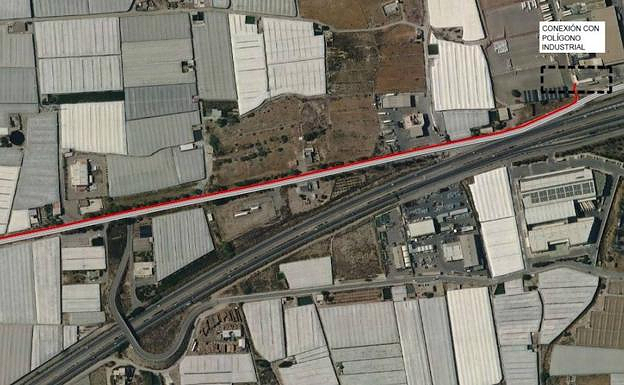 El Ejido's City Council continues to build cycle paths as part of the mobility initiatives it has been undertaking in recent years. Two new projects have been recently put to tender. One is the Santa Maria del Aguila bike lane, which will connect Santa Maria del Aguila to the La Redonda Industrial Estate, and the other will run parallel with the Balerma Highway. Both of these projects were co-financed by European funds.

The one in La Redonda, specifically, will be co-financed by European Feder funds. This is part of the Call for the Moves II Andalucia program managed by the Ministry for the Ecological Transition. After the contract is signed, the works will have a budget totaling 236,255 euros, including taxes, and a two-month execution time.

This intervention was justified by the City Council because there is no pedestrian/cyclist connection between these points. This will allow for mobility in an area that has high agricultural traffic and workers. This platform is a new layout that aims to decrease the use of private cars by encouraging the circulation of pedestrians and bicycles.

The lane will follow the National 340a's edge until it reaches the aforementioned polygon. It has a length of 1.3 km and an average width 2.20 meters.

Balerma highway has Next Generation funds, a budget of 1,066,292 euro with VAT, and a execution period of 4 months. It is a route that covers just over four kilometres between Guardias Viejas' core and Balerma's. It connects with Camping Mar Azul or IES Mar Azul. The ultimate goal of this project is the same as the one before it: to decrease the use private vehicles and encourage non-motorized travels.

The work is divided into four sections. All of them are segregated from road traffic, except for the last section between points 3,900 and 4,050. This will run along the existing pavement. A 2.5-meter lane will also be constructed. It will guarantee a minimum width for pedestrian traffic of 2 meters, free of any obstacles.

‹ ›
Keywords:
LicitadosNuevosCarrilesBiciRedondaBalermaFinanciadosFondosEuropeos
Your comment has been forwarded to the administrator for approval.×
Warning! Will constitute a criminal offense, illegal, threatening, offensive, insulting and swearing, derogatory, defamatory, vulgar, pornographic, indecent, personality rights, damaging or similar nature in the nature of all kinds of financial content, legal, criminal and administrative responsibility for the content of the sender member / members are belong.
Related News