Ten years ago, Hamburg also made a pact with extremists

Since the signing of the agreements between the Senate and the Islamic communities ten years ago, there have always been demonstrative gestures of tolerance in Hamburg. 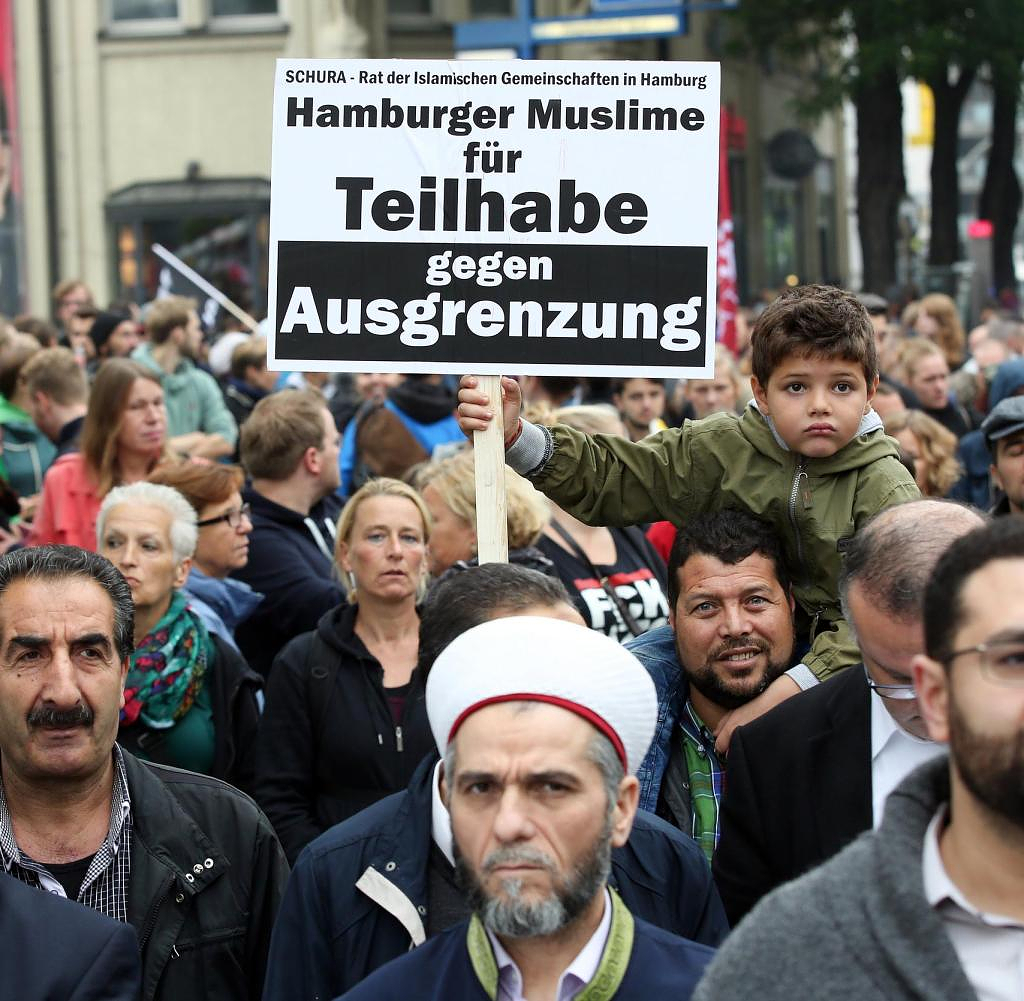 Since the signing of the agreements between the Senate and the Islamic communities ten years ago, there have always been demonstrative gestures of tolerance in Hamburg. In 2013, the Islamic Center Hamburg (IZH) invited church day visitors to the Blue Mosque on the Alster. In 2016, Archbishop Stefan Hess visited the Shiite church as part of a children's reading project. A former church was bought by the Islamic Al Nour Association and ceremoniously opened as a mosque in 2018. "It's going really well," said club chairman Daniel Abdin about the cooperation with the neighborhood in Hamburg-Horn.

On November 13, 2012, the then mayor Olaf Scholz (SPD) signed two contracts: one with the regional association of the Turkish-Islamic Union of the Institute for Religion (Ditib) and the Schura - Council of Islamic Communities and the Association of Islamic Cultural Centers (VIKZ ). A second signed by Scholz and the then chairman of the Alevi community in Germany, Hüseyin Mat.

Both treaties deal with rights and mutual obligations in various areas of life, such as equality between men and women, religious instruction in schools, burial and holiday regulations, and commitment to the Basic Law. Literally it says: "The Free and Hanseatic City of Hamburg and the Islamic religious communities are committed to the common values ​​of the constitutional order of the Federal Republic of Germany."

Six months after signing, the citizenry approved the contracts with the votes of the SPD, the Greens and the Left. Some CDU MPs and a member of the FDP parliamentary group also voted in favor. But the criticism of the treaties did not stop. At the beginning of 2017, the FDP and AfD in the citizenship demanded the termination of the agreements. The CDU demanded a suspension of the rules alone with the Ditib. The red-green coalition rejected this. A Senate spokesman said: "We currently see no reason to review or renegotiate the contracts."

A year later, statements by the then Shura chairman Mustafa Yoldas again caused criticism. On Facebook he had advocated a Turkish military offensive against Kurdish militias in north-west Syria, sometimes in martial terms. In 2019 and 2020, the citizenry also debated the contracts.

In 2020, the Senate defended the Islam treaties as follows: “The orientation of the IZH was known when the treaties were concluded. The Senate and Parliament had to weigh this against the use of written contracts as a basis for cooperation in the sense of integration.” Since the beginning of the most recent wave of protests in Iran after the death of 22-year-old Mahsa Amini in police custody, criticism of the indirect contractual partner has become even stronger . Last Wednesday, the Bundestag voted in favor of closing the IZH. The Hamburg interior authority has now declared its willingness to provide any support in a ban procedure by the Federal Ministry of the Interior. The SPD, which had long been reluctant to act, voted at a state party conference to exclude the IZH from continuing the contracts - but there was no talk of closing the facility.

An official evaluation of the contracts will take place in Hamburg by the end of the year. At the same time, according to its chairman Fatih Yildiz, the Shura is advising on whether membership of the IZH should be suspended for the time being. For the CDU in the citizenship it is clear: "No state treaty can be made with extremists." The result of the evaluation can only be: "As long as the IZH is part of the Schura, the state treaty must be suspended." The Hamburg SPD seems to be doing that now to look similar. A state party conference recently called for the center to be excluded from the Shura.

How many Hamburgers profess Islam and are represented by the communities is unclear. According to estimates at the time, around 130,000 Muslims and 50,000 Alevis lived in Hamburg in 2012. After the admission of numerous refugees from Syria and other predominantly Islamic countries, the number is likely to have grown significantly in recent years. According to the interior authority, there is no current estimate.

‹ ›
Keywords:
IslamHamburgLauterbachJörnSenateIntegrationReligionBlaue MoscheeIZHStefan HeßeAlsterDaniel AbdinSPDSyrienCDUGrünen Und LinkeBundesinnenministeriumBundestagSchuraFacebookFlüchtlingeMusik
Your comment has been forwarded to the administrator for approval.×
Warning! Will constitute a criminal offense, illegal, threatening, offensive, insulting and swearing, derogatory, defamatory, vulgar, pornographic, indecent, personality rights, damaging or similar nature in the nature of all kinds of financial content, legal, criminal and administrative responsibility for the content of the sender member / members are belong.
Related News